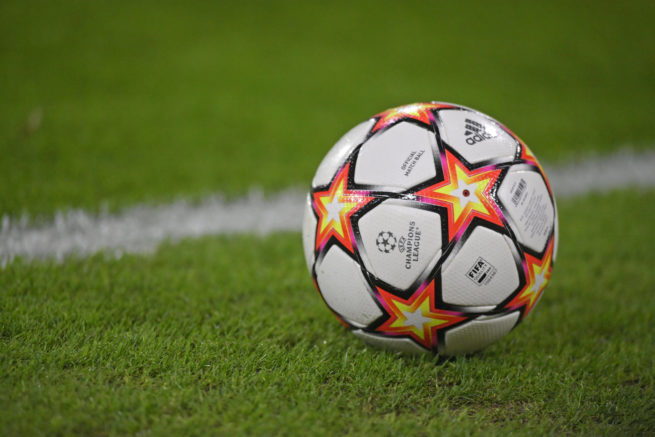 Chelsea manager Graham Potter has explained why he brought Mason Mount off at halfway in their Champions League group stage win over AC Milan.

Mount starred for the club in a magnificent first-half showing as the Blues defeated the 10-man Italian side 2-0.

Chelsea opened the lead in the 21st minute with a penalty goal from Jorginho. Mount earned the penalty after being fouled inside the penalty area by Fikayo Tomori.

Despite objections from the Milan players, the referee also showed Tomori a red card for that foul.

In the 34th minute, Pierre-Emerick Aubameyang fired the ball into the bottom corner to put Chelsea up 2-0. Mount played a part in that goal too, assisting the Gabonese striker.

Despite his outstanding performance in the first half, Potter elected to leave Mount at halftime.

Potter explained his decision after the game. The Chelsea manager stated that he rested Mount and also mentioned that the Englishman was on a yellow card.

Potter also praised Mount, calling him “excellent” and a “continuous menace.” He also stated that the 23-year-old is a vital member of their team.

“He was on a yellow card and he’s played a lot of football so at half-time we gave him a breather,” Potter explained his decision.

“He was fantastic. He was a constant threat. I’ve been really pleased with him from the start. He’s a really important player.”

Mount, meanwhile, had previously played for Chelsea in the Premier League. They defeated Wolves 3-0, and Mount contributed two assists in the game.

Mount has appeared in 12 games for Chelsea so far this season. He has yet to score a goal, although he has five assists in the Champions League and Premier League.

Meanwhile, Chelsea’s 2-0 victory over Milan was their fourth in a row. Since Potter took over as manager, they have won four of their last five games.

The Blues are also fourth in the Premier League points rankings, having collected 16 points from their first eight games. The west London club is eight points behind league leaders Arsenal, who have played one more game.

Meanwhile, Chelsea faces Aston Villa in an away fixture in the Premier League in their next match.

What Do We Know About Betting Agencies in Ireland?
Football Fans: United by Their Passion for the Game
Live Score