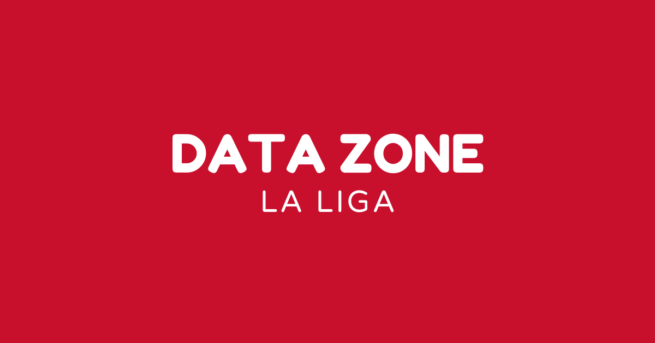 Sevilla won the game at home against Espanyol 2-0 (1-0) in La Liga. Youssef En-Nesyri and Rafa Mir were behind the victory with one goal each.

Sevilla started the match best and took the lead when Youssef En-Nesyri scored after 13 minutes, with an assist by Jesus Navas, making it 0-1.

Sevilla’s Thomas Delaney was sent off in the 65th minute.

There was a long delay before the next goal came. The 2-0 goal came right at the end of the game, when Rafa Mir scored a goal for Sevilla, with an assist by Karim Rekik. This brought the final score to 2-0.

It means that Sevilla have taken points for the sixth game in a row and have yet to lose this season.

For the home team, the results mean second place in the table. Espanyol are in 14th place.

The last match between the teams ended in a 2-2 draw, with Sevilla at home in February 2020.

Sevilla are unbeaten at home, after two games.

Sevilla have scored 10 goals. They have scored eight goals at home. They’ve conceded 2 goals in total.

Sevilla have opened the score in 3 of their 5 of the games, and have a winning ratio of 100 percent when scoring the first goal. 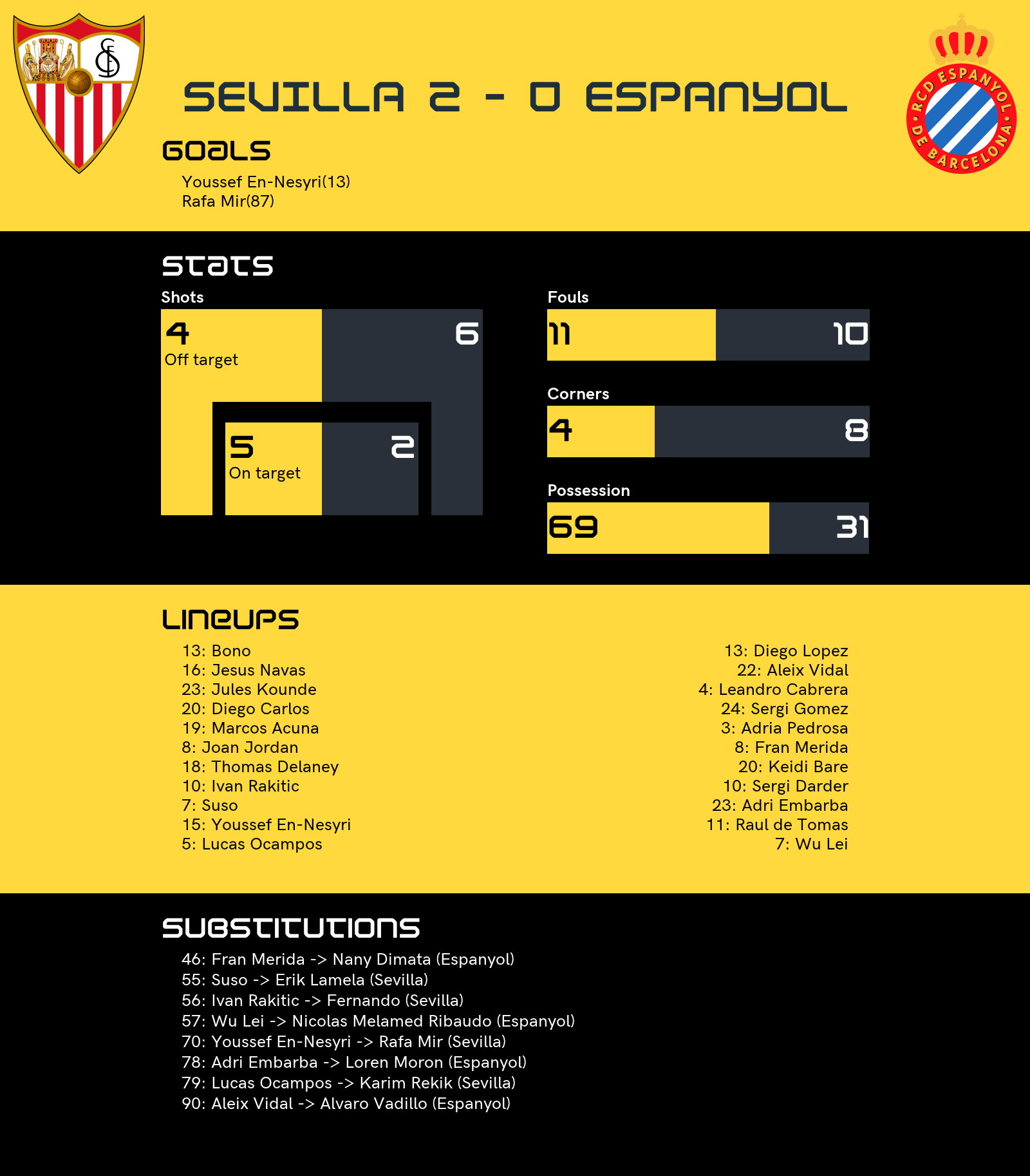 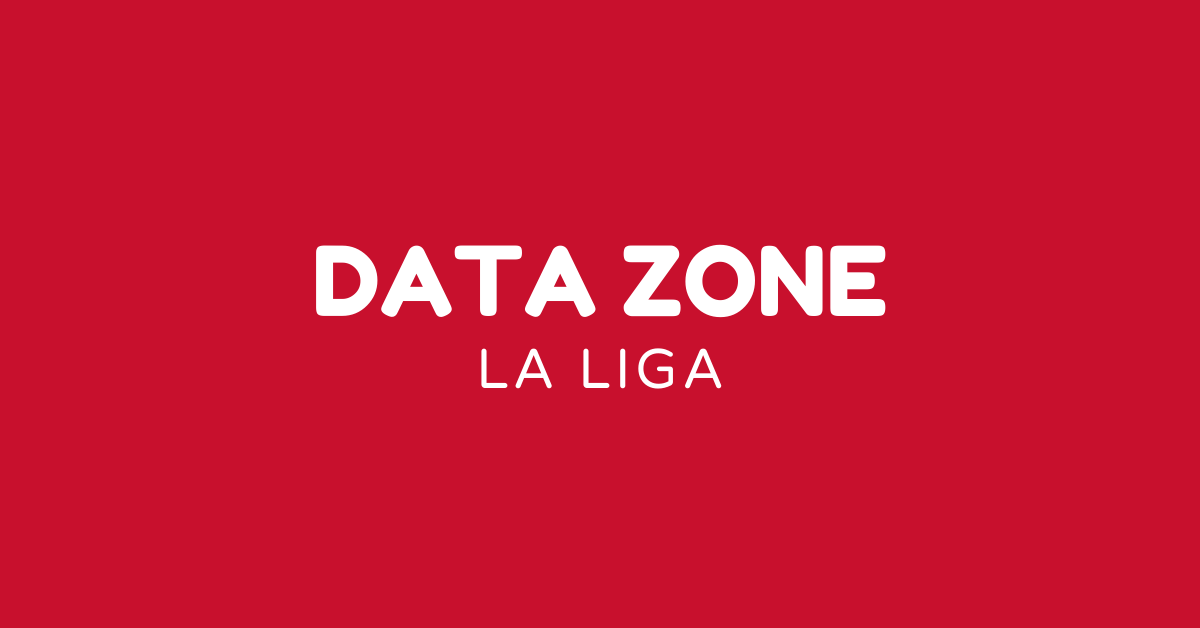