The game at Estadio de la Cerámica on Monday was to be a goalless affair. Neither the home side Villarreal nor the visiting Granada managed to get their finishing touches in order and the opening game in the La Liga ended in a goalless 0-0 draw.

Villarreal’s Juan Foyth was sent off in the 82nd minute. 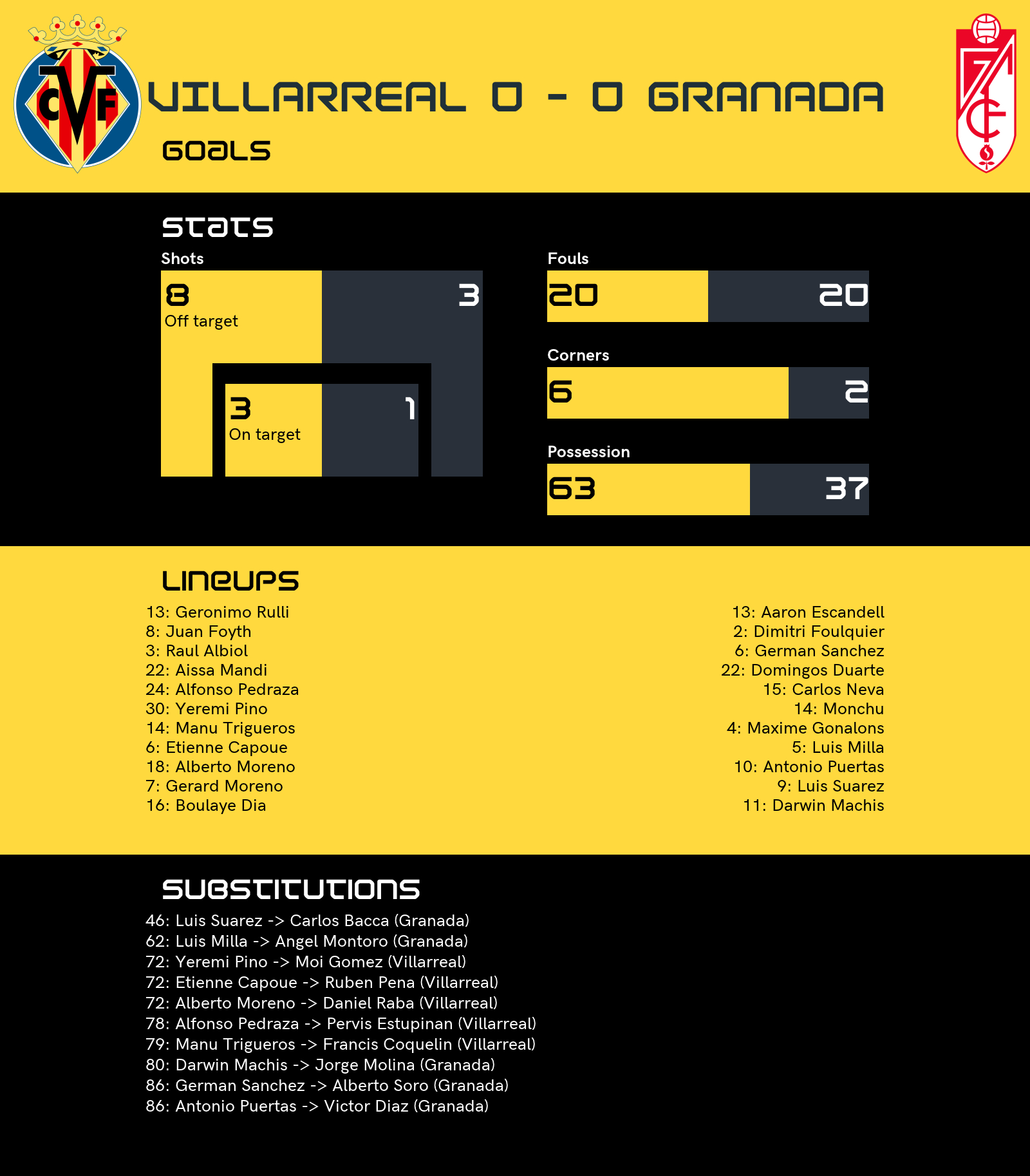