Rayo Vallecano were left with a man down early on, when Luca Zidane was set off in the 16th minute.

Sevilla started the match well and took the lead early when Youssef En-Nesyri scored after 19 minutes, making it 0-1.

In the 55th minute, Erik Lamela scored, to increase the lead for Sevilla.

Sevilla found the net once more, this time through Erik Lamela, who scored, with an assist by Youssef En-Nesyri, in the 79th minute. The 3-0 goal was the last one of the game.

Next time Sevilla will play against Getafe on Monday at Coliseum Alfonso Pérez. Rayo Vallecano take on Sociedad away on Sunday. 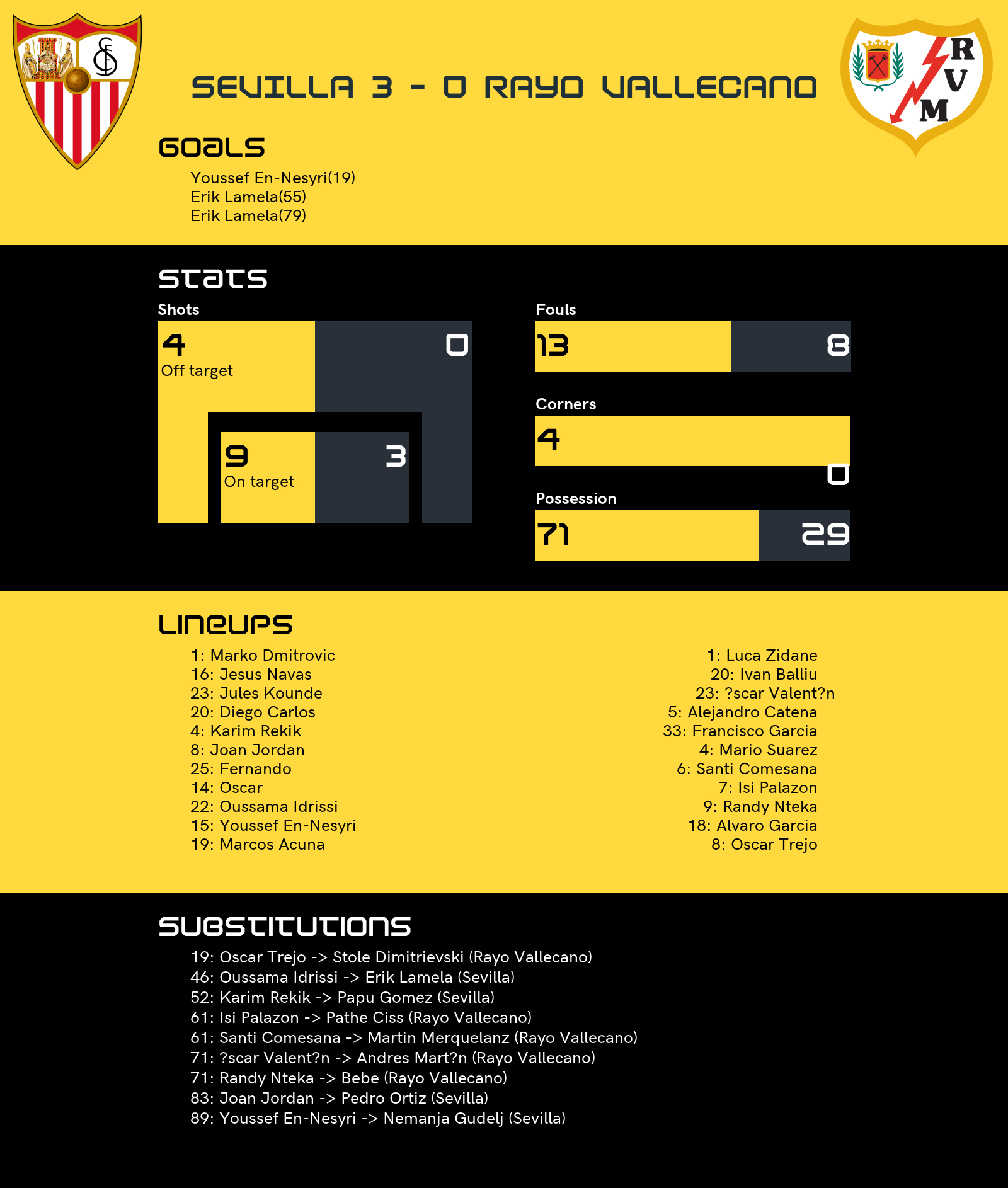 The Data: Sharp shooting from Braithwaite in Barcelona’s win over Sociedad
The Data: No goals in game between Villarreal and Granada