Valencia beat Getafe 1-0 (1-0) at home in the La Liga. Soler scored the only goal of the game in the first half.

Valencia were left with a man down early on, when Hugo Guillamon was set off in the 3rd minute.

Valencia started the match well and took the lead early when Carlos Soler scored after 11 minutes, making it 0-1.

Getafe’s Erick Cabaco was sent off in the 76th minute.

Next time Valencia will play against Granada on Saturday at Nuevo Los Cármenes. Getafe take on Sevilla at home on Monday. 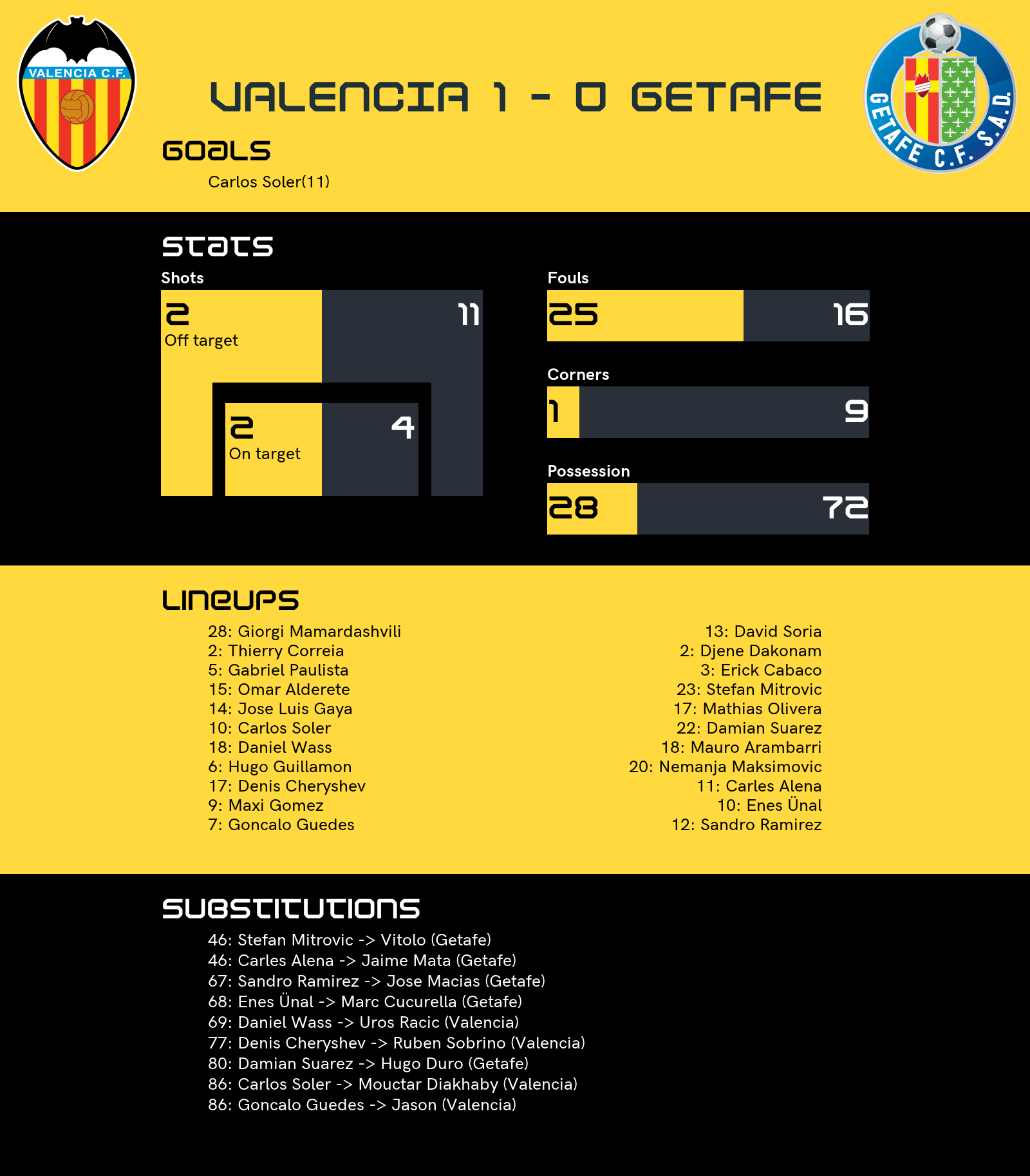 The Stats: Mönchengladbach share points at home with Bayern München
The Stats: Canos and Nørgaard win the game for Brentford against Arsenal
Live Score