The home game against Millwall in the Championship finished 1-0 (1-0). With the result Watford has secured promotion.

Watford started the match best and took the lead early when Ismaila Sarr scored a goal after 11 minutes, making it 0-1.

It was Millwall’s fourth game in a row without a win.

With two games remaining, Watford are in second place in the table while Millwall are in 11th. 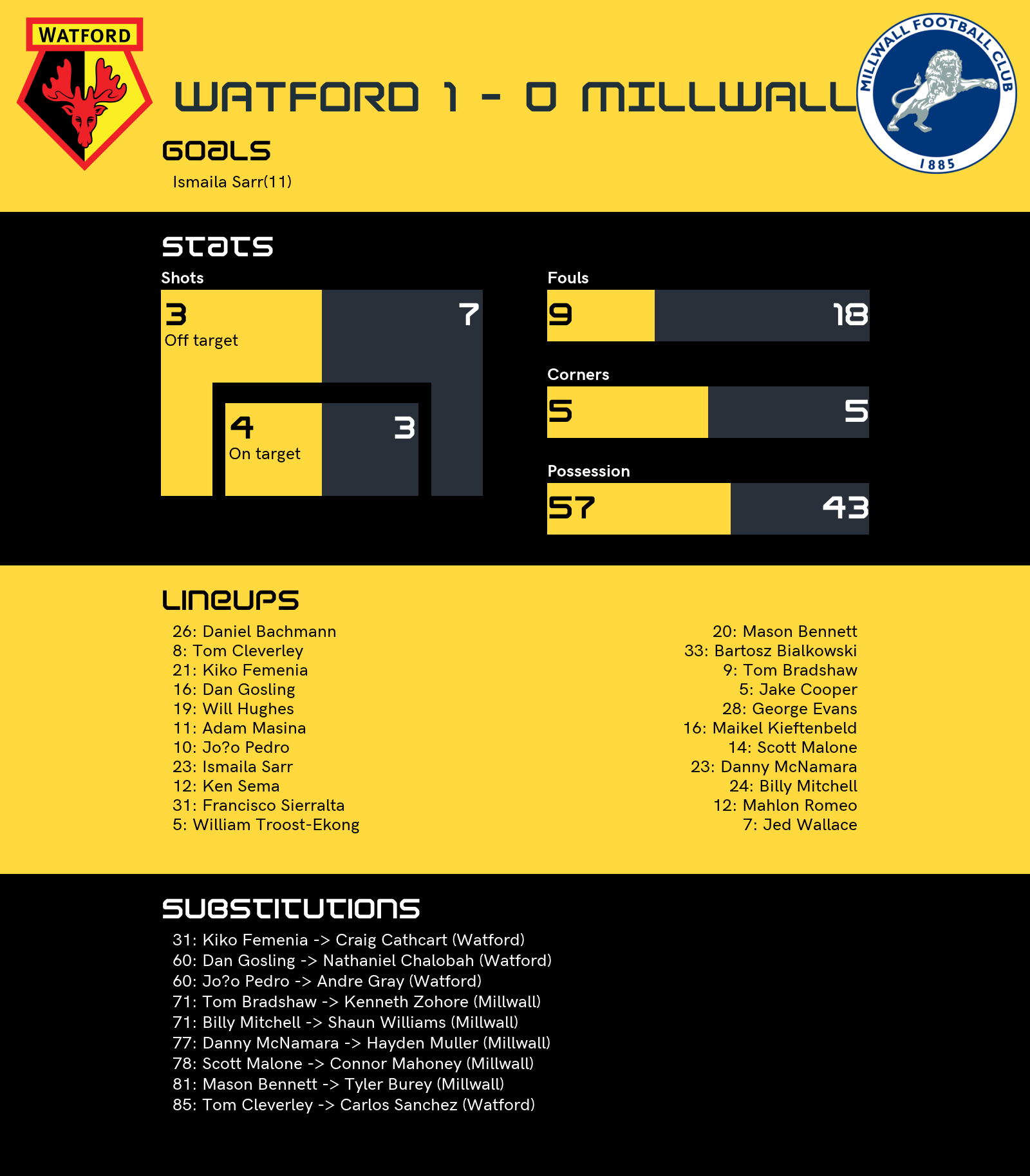