The only goal of the game came in the first half through Willock in Newcastle’s victory in the Premier League, as they beat Sheffield United 1-0 (1-0) at home.

Newcastle took the lead in added-time in the first half when Joseph Willock scored a goal, with an assist by Jacob Murphy. The goal was his sixth on target in the league this season.

With one game remaining, Newcastle are in 15th place in the table while Sheffield United are in 20th. 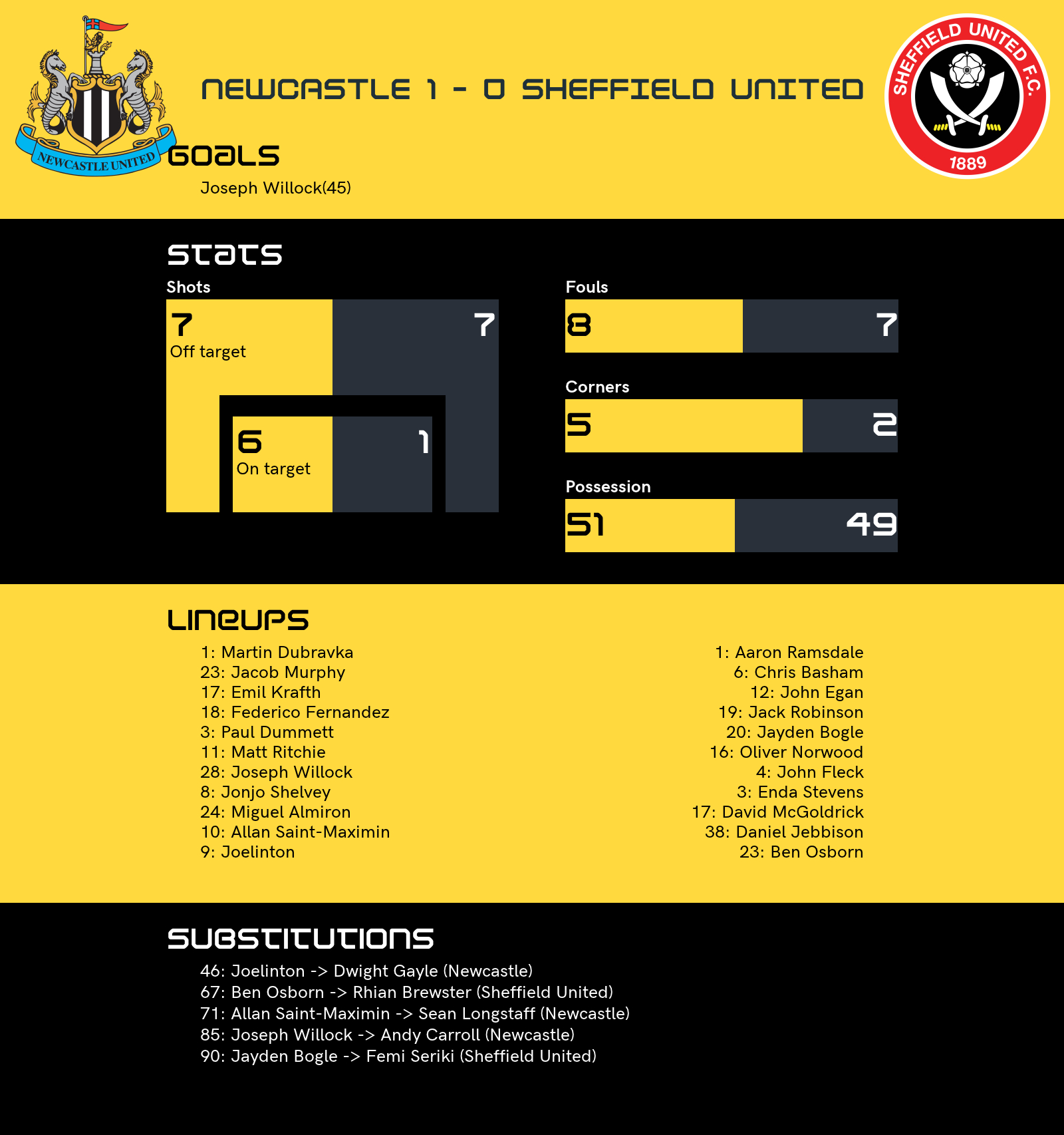