Watford won the game at home to Swansea City 2-0 (0-0) in the Championship. Andre Gray and Isaac Success were behind the victory with one goal each.

The first half finished 0-0 and it took until the 56th minute before Andre Gray scored a goal to give Watford the lead.

The 2-0 goal came, when Isaac Success scored a goal for Watford. This brought the final score to 2-0.

It was the last game in the league and the result means that Watford finish second in the table, withSwansea City in fourth place. This means Watford are promotedSwansea City has booked its spot in the qualifiers. 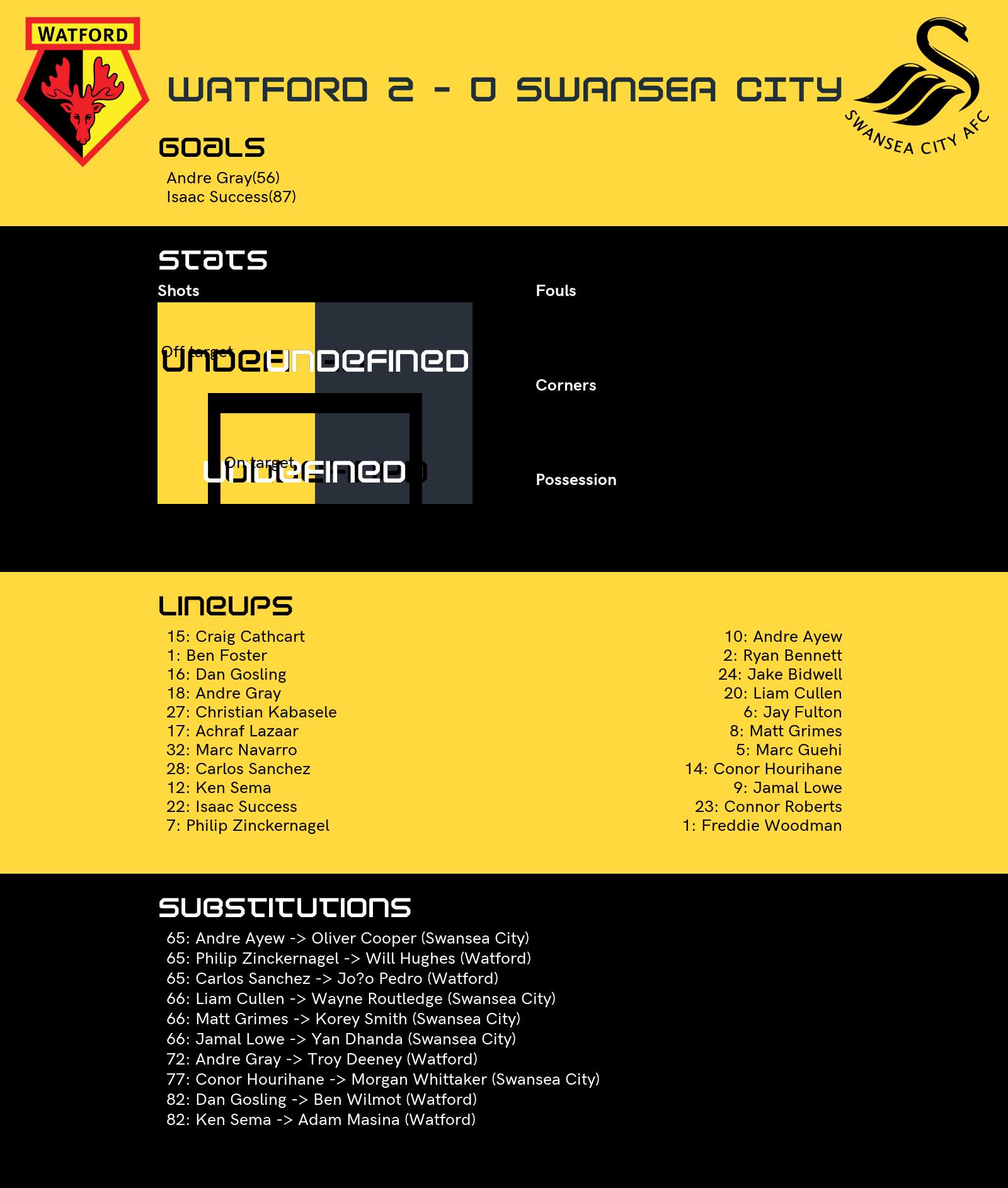