The away side Southampton were in control, leading 1-0 in the Premier League game. But Tottenham turned the game around and won 2-1.

There was no real shape to the match until Southampton took the lead just on the half-hour mark through Danny Ings, who scored a goal, with an assist by James Ward-Prowse, making it 0-1. The goal was his 10th on target in the league this season.

With 30 minutes on the clock, Tottenham’s Gareth Bale scored a goal and equalised, what was his sixth goal of the season.

The deciding goal came in the 90th minute, when Heung Min Son scored a 2-1 for Tottenham. It was Min Son’s 15th goal. The team had then turned the match around.

Tottenham have 2 wins, 2 draws and 1 loss with a 9–8 goal difference in the last 5 games, while Southampton have 1 win and and 4 losses and a 7–14 goal difference.

The result means Tottenham are in sixth place, while Southampton are in 14th place. 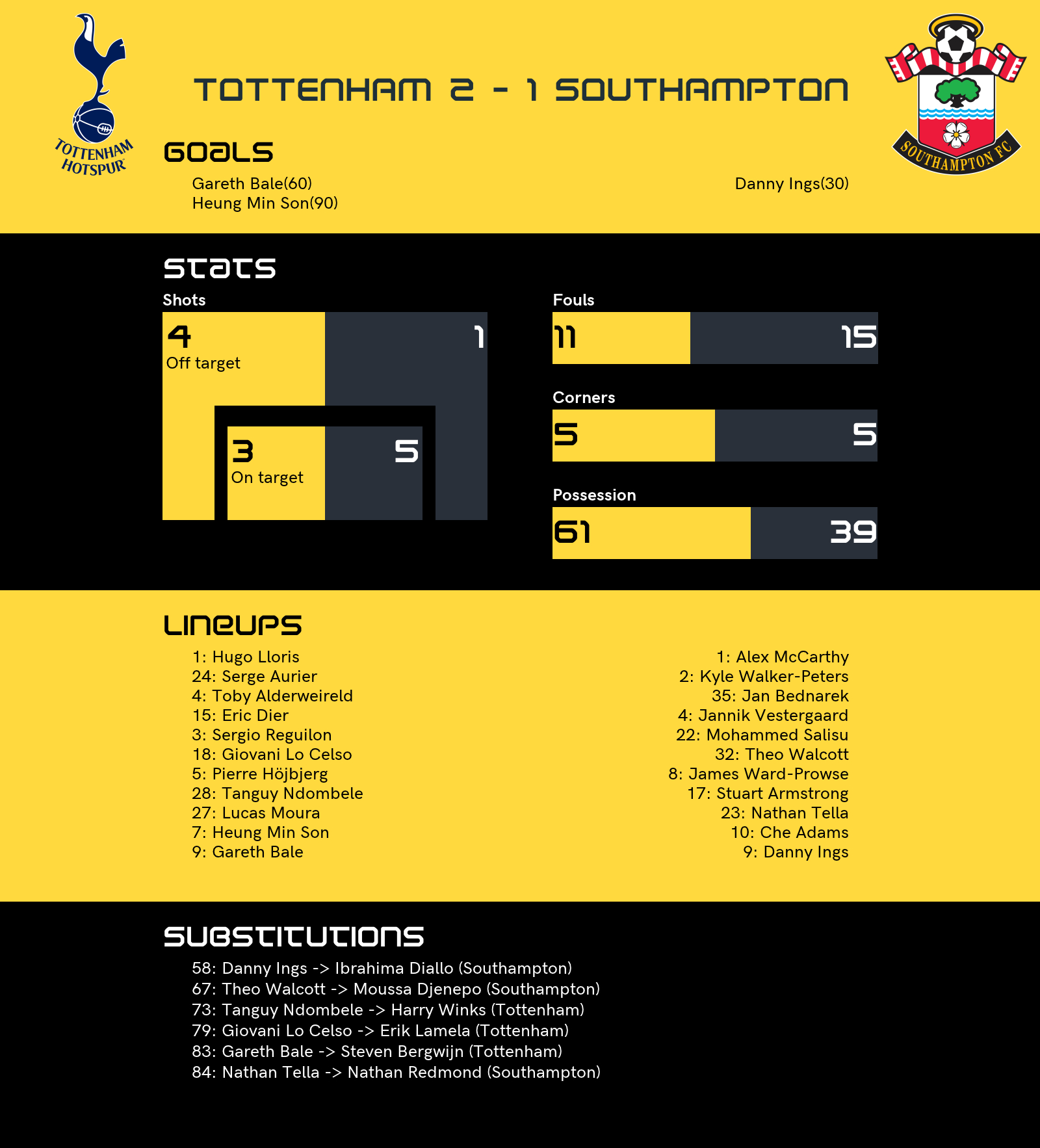