Aston Villa took an early hold of the away game against Tottenham in the Premier League. The team won 2-1 with the goal coming in the first half.

Tottenham took an early lead when Steven Bergwijn scored a goal in the 8th minute, making it 0-1.

The team took the lead, when Ollie Watkins scored a goal, with an assist by Bertrand Traore, in the 39th minute. He has now scored 14 Premier League goals this season. Watkins then completed Aston Villa’s come back. The second half was goalless and the game ended with a 2-1 win for Aston Villa.

With one game remaining, Tottenham are in seventh place in the table while Aston Villa are in 11th.

Next up, Tottenham face Leicester at King Power Stadium, while Villa face Chelsea at home. Both games take place Sunday. 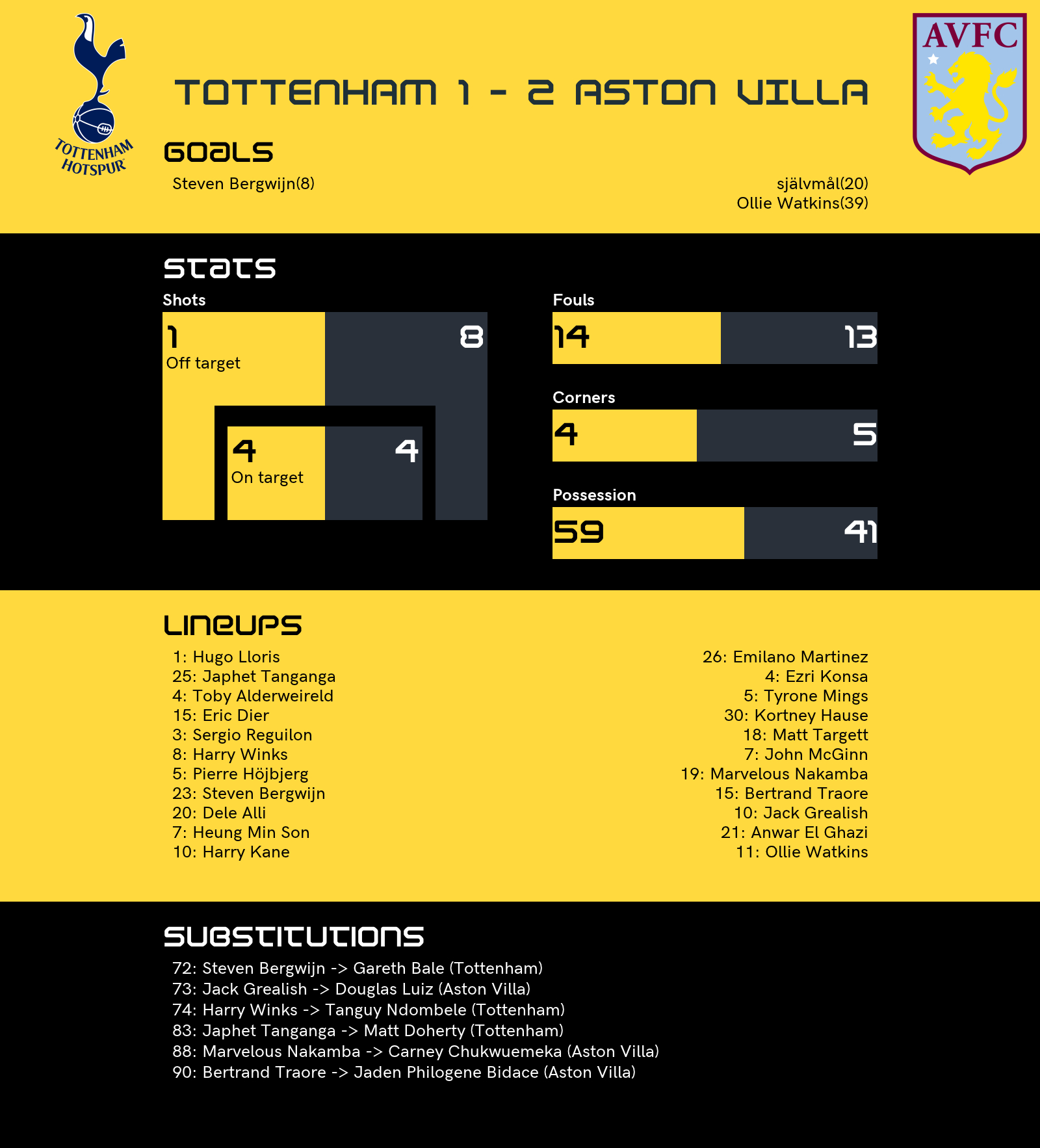