After five games without a win in the La Liga, Real Sociedad finally took three points again as they beat Celta Vigo 2-1 (2-1) at home.

The visiting team Celta Vigo scored the first goal when Hugo Mallo scored a goal in the 22nd minute, with an assist by Denis Suarez, making it 1-0.

Real Sociedad equalised to make it 1-1, when Portu scored a goal, with an assist by Carlos Fernandez, in the 25th minute. He has now scored eight La Liga goals this season.

The team took the lead, as Adnan Januzaj scored a goal, in the 39th minute. Januzaj then completed Real Sociedad’s come back. The second half was goalless and the game ended with a 2-1 win for Real Sociedad.

This means Real Sociedad are in fifth place and that Celta Vigo are in 10th place.

In the next round, Sociedad take on Eibar away at Ipurua on Monday. Celta play at home to Osasuna on Sunday. 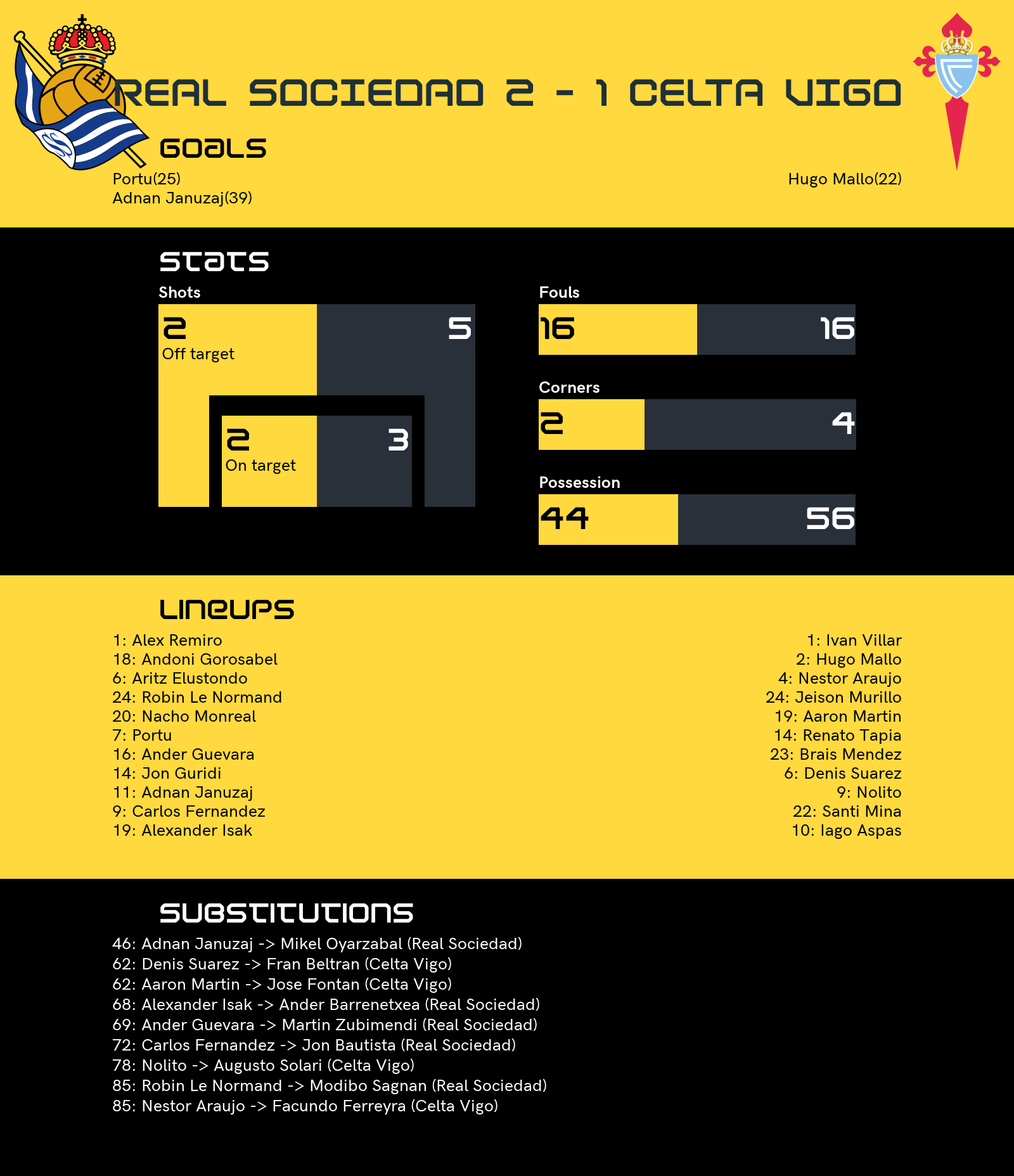