Sheffield United ended their wretched run of five straight defeats in the Premier League against Brighton on Saturday. The match finished 1-0 (1-0).

Sheffield United took an early lead when David McGoldrick scored a goal after 19 minutes, making it 0-1. He has now scored seven Premier League goals this season.

It was still Brighton’s fourth game in a row without a win.

Sheffield United remains in 20th and lastplace and Brighton is in 16th.

Next time Sheffield Utd will play against Tottenham on Sunday at Tottenham Hotspur Stadium. Brighton take on Leeds at home on Saturday. 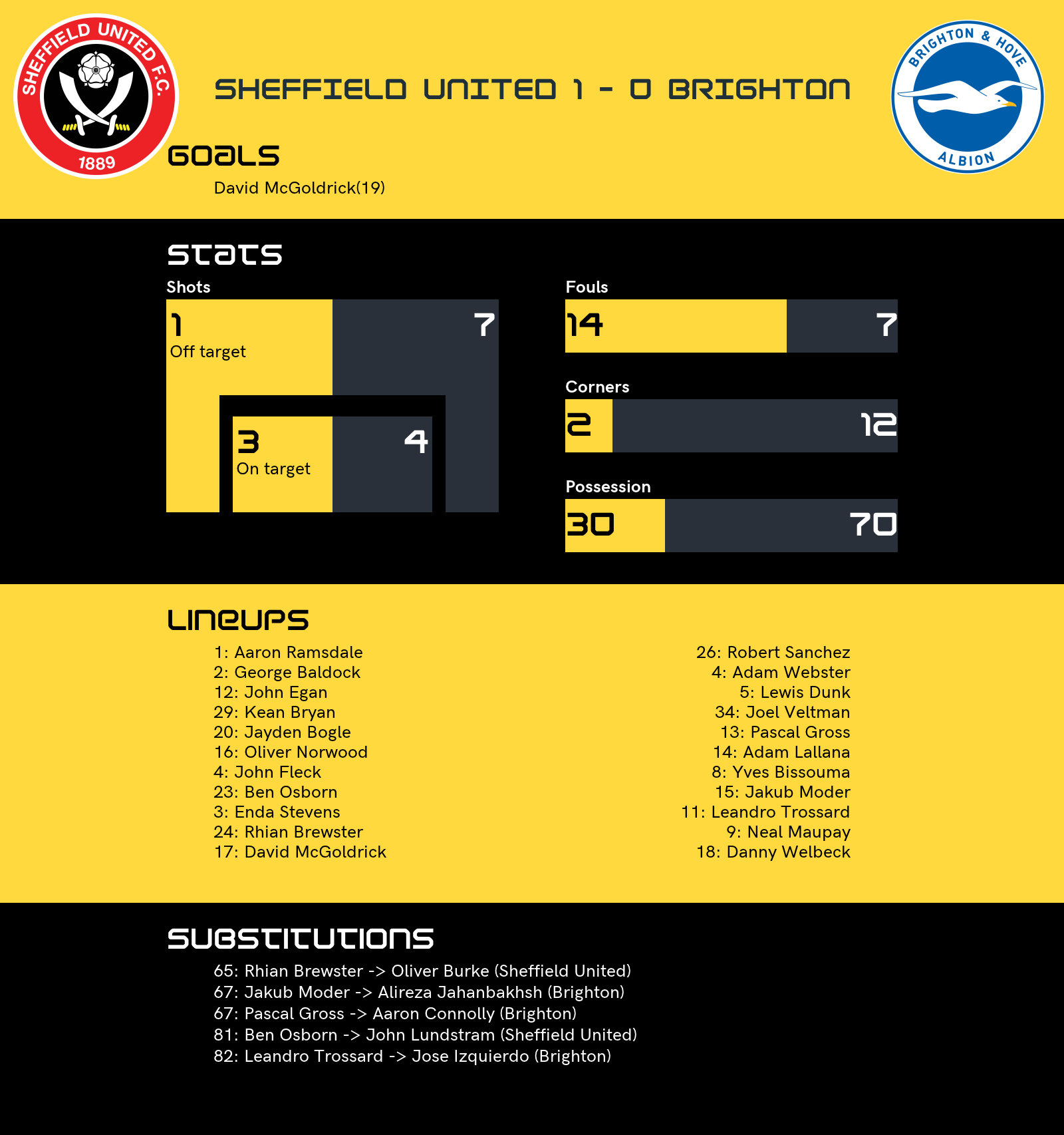