Inter have been in formidable form in the Serie A and were on a run of 20 games without defeat. But the away game to Juventus saw the end of that run as Juventus won 3-2 (2-1).

Juventus took an early lead when Cristiano Ronaldo scored a goal after 24 minutes, making it 0-1.

Inter equalised to make it 1-1, as Romelu Lukaku scored a goal, in the 35th minute.

Juventus’ Rodrigo Bentancur was sent off in the 55th minute.

The deciding goal came in the final minutes, when Juan Cuadrado scored one more time. This occasion he scored a 3-2 for Juventus. The 3-2 goal was the last one of the game.

Inter’s Marcelo Brozovic was sent off in the 90th minute.

With one game remaining, Juventus are in third place in the table while Inter are still at the top of the table. 10 points separate the teams.

Next up, Juventus face Bologna. Inter take on Udinese at home. Both games are set for Sunday. 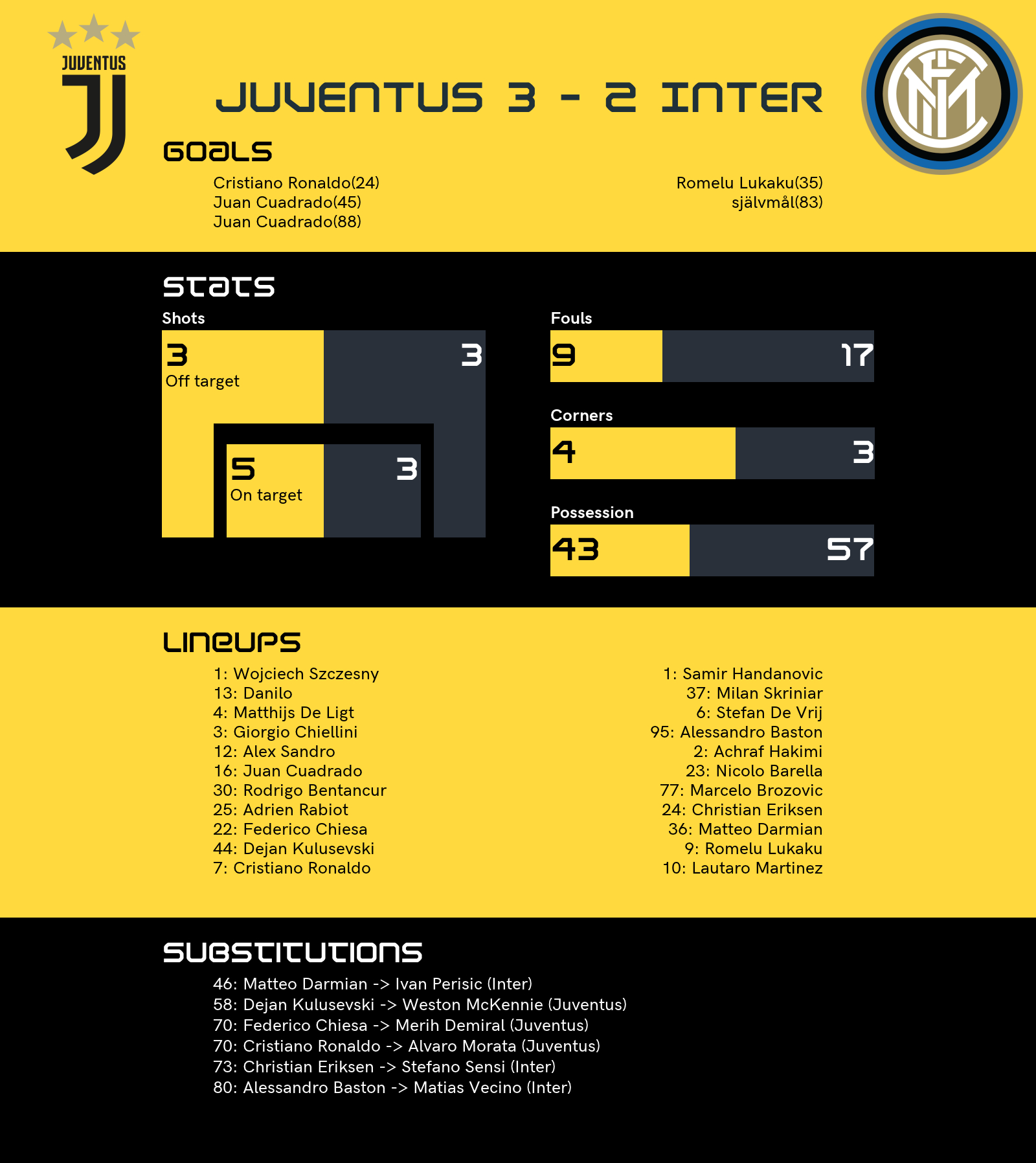