The game between Burnley and Liverpool at Turf Moor on Wednesday finished 0-3 (0-1). The result means Liverpool have four straight wins in the Premier League.

Away team Liverpool took the lead just before half time when Roberto Firmino scored a goal, with an assist by Andrew Robertson. He has now scored seven Premier League goals this season.

Straight after the break, Nathaniel Phillips found the net and increased the team’s lead.

Liverpool found the net once more, this time through Alex Oxlade-Chamberlain, who scored a goal, with an assist by Andrew Robertson, in the 88th minute. The 3-0 goal was the last one of the game.

With one game remaining, Burnley are in 17th place in the table and Liverpool are in fourth.

On Sunday, Burnley will host Sheffield Utd at Bramall Lane and Liverpool will host Palace. 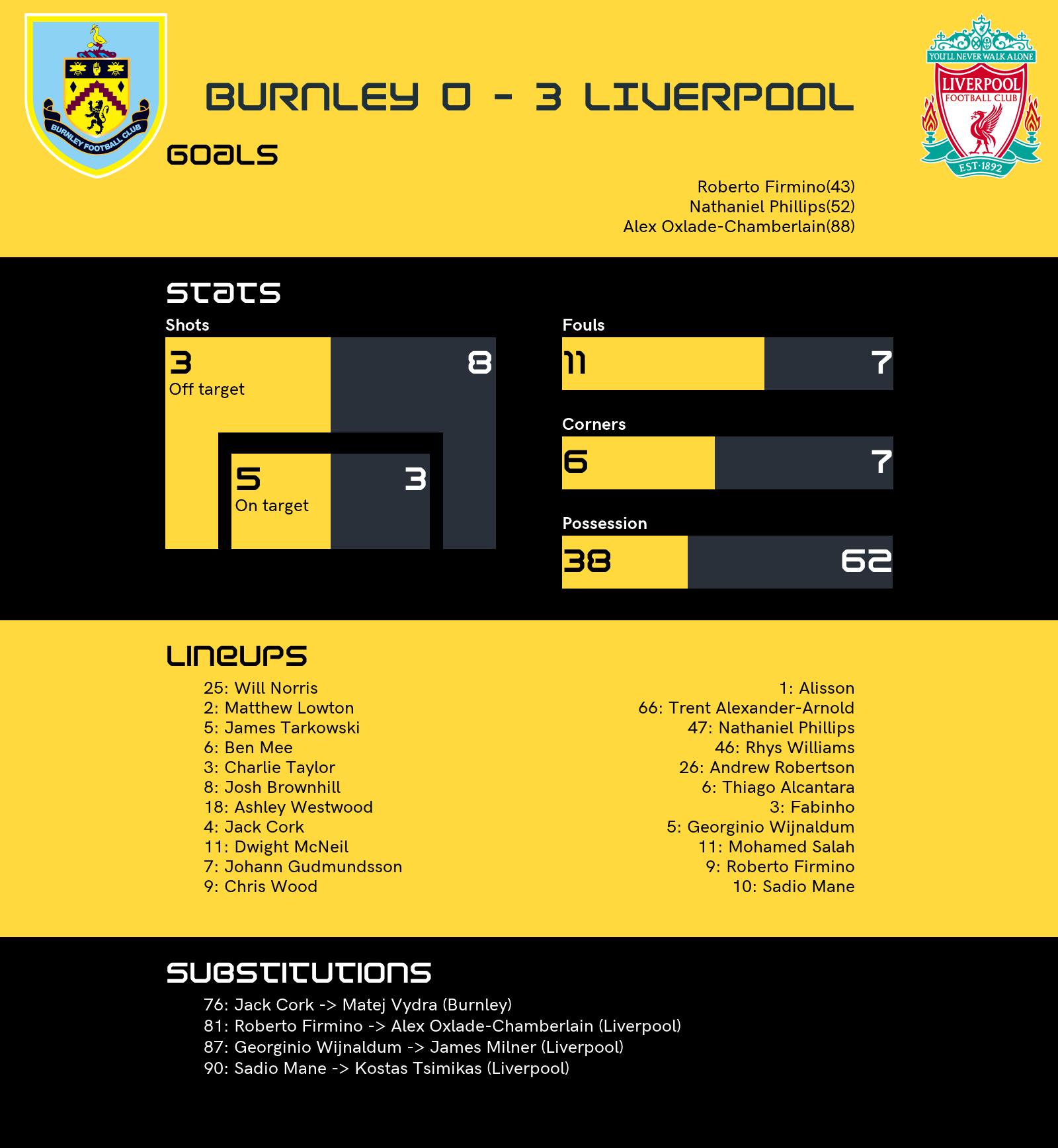