Borussia Dortmund claimed a comfortable win at home against Union Berlin in the Bundesliga. The match finished 2-0 (1-0) after goals from Raphael Guerreiro and Marco Reus.

The match was even in terms of goals until Borussia Dortmund took the lead in the 27th minute through Marco Reus, who scored a goal.

The 2-0 goal came, when Raphael Guerreiro scored a goal for Borussia Dortmund, with an assist by Julian Brandt, what brought the final score to 2-0.

With four games remaining, Borussia Dortmund are in fifth place in the table while Union Berlin are in eighth.

Next up, Dortmund face Wolfsburg at Volkswagen Arena, while Union face Werder at home. Both games are played on Saturday. 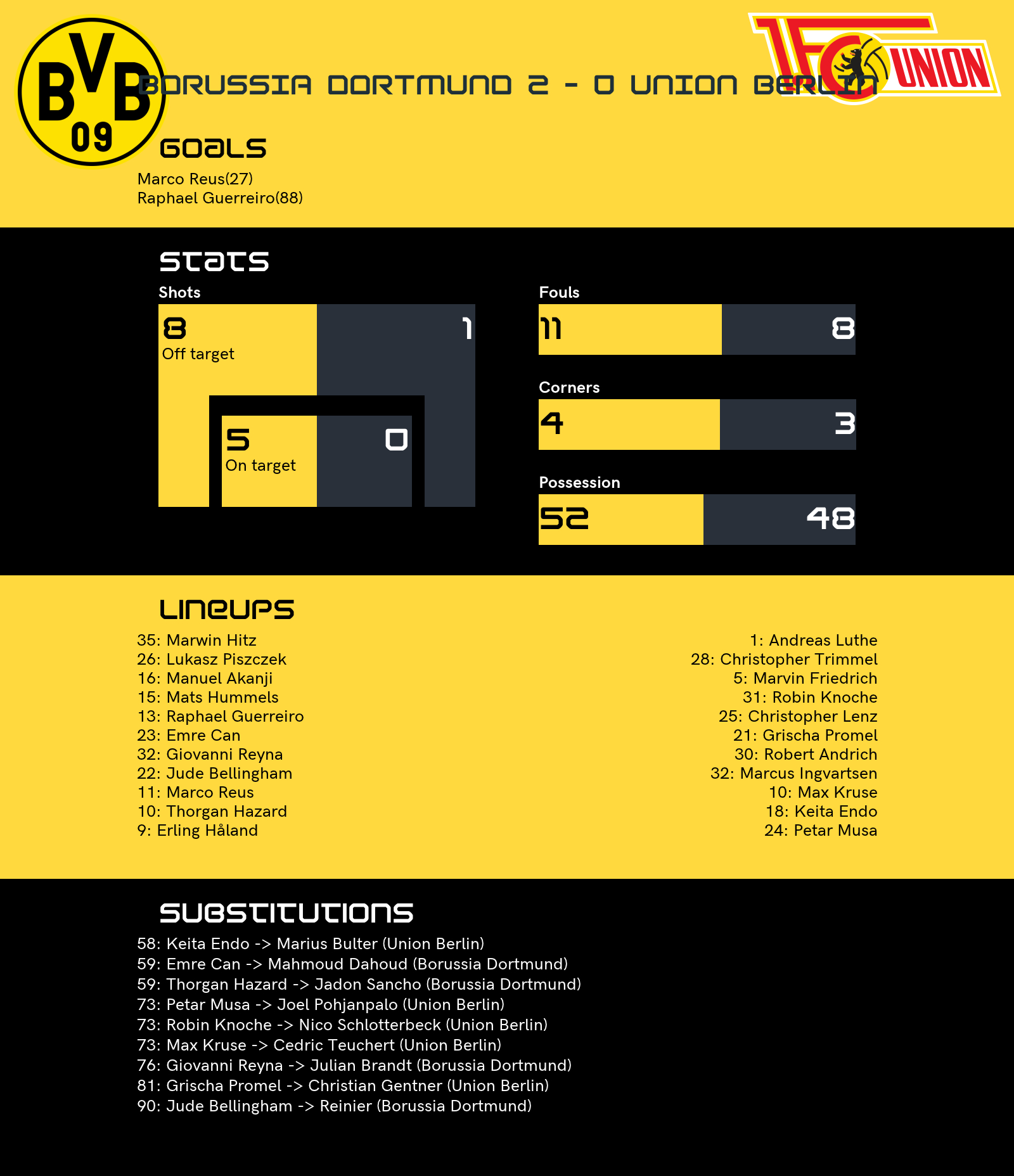