The only goal of the game came in the second half through En-Nesyri in Sevilla’s victory in the La Liga, as they beat Levante 1-0 (0-0) away.

The first half was goalless, but straight after half-time, Youssef En-Nesyri made his mark as he scored a goal, with an assist by Suso, to give Sevilla the lead. He has now scored 17 La Liga goals this season.

With this win, Sevilla have four straight victories.

The result means that Sevilla have taken points in seven straight games.

The result means Levante are now in 12th place in the table and that Sevilla are third in the league.

In the next round, Levante take on Elche away at Martínez Valero on Saturday. Sevilla play at home to Granada on Sunday. 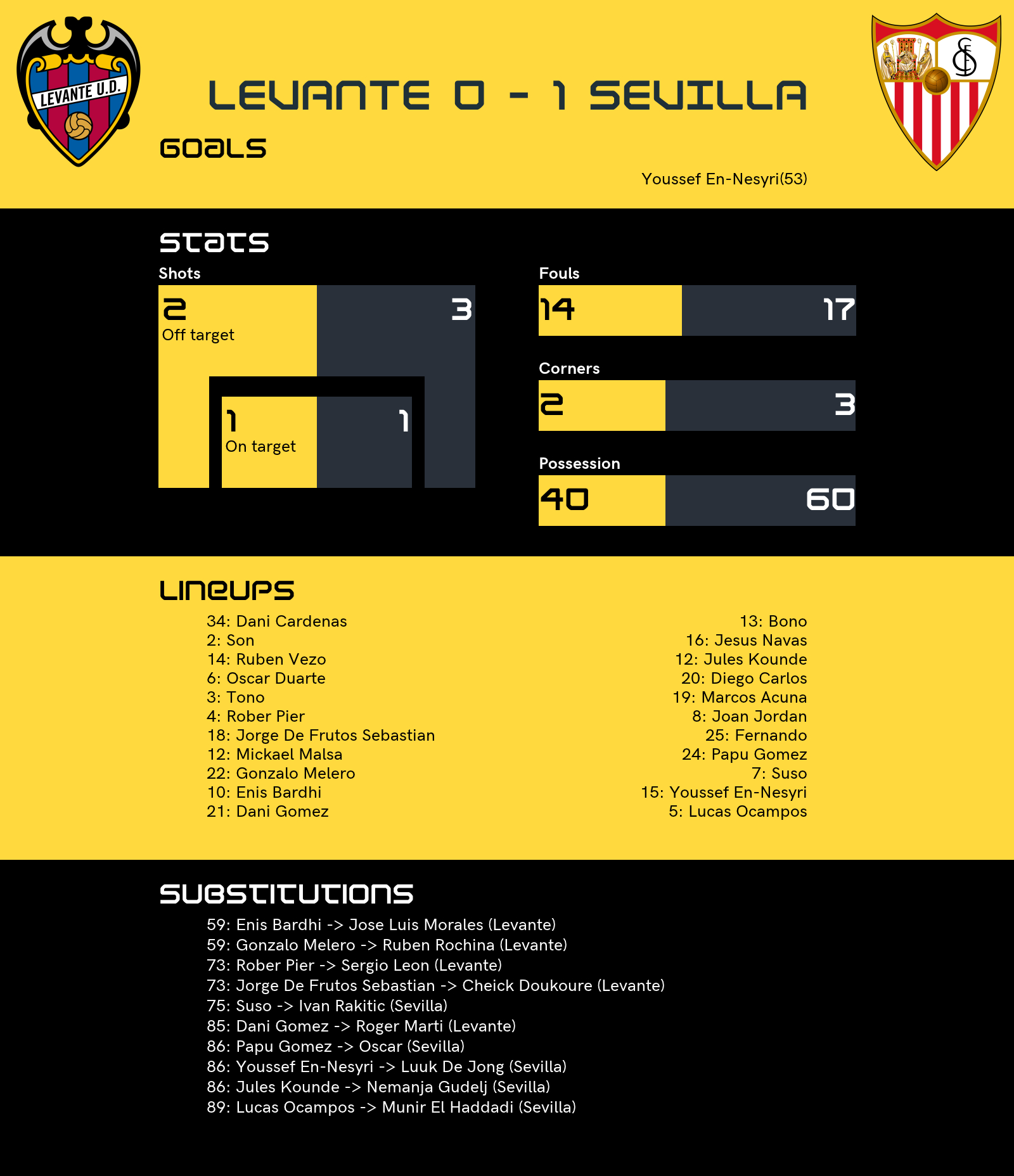