Barnsley had a 2-1 lead after the first period in the game at home to Norwich City in the Championship. The third period saw Norwich work their way back into the game. In the end the spoils were shared, as the game ended at 2-2.

Barnsley started the match well and took the lead when Cauley Woodrow scored a goal after 24 minutes, making it 0-1.

Norwich City equalised to make it 1-1, as Emiliano Buendia scored a goal, in the 26th minute.

Barnsley took the lead just before the half-time whistle as Conor Chaplin scored a goal.

In the 54th minute, Adam Idah scored a goal, to equalise for Norwich City. This brought the final score to 2-2.

Wrapping up the regular season, Barnsley finished in fifth place and Norwich City in first. This means Barnsley have booked their spot in the qualifiers and that Norwich City is promoted. 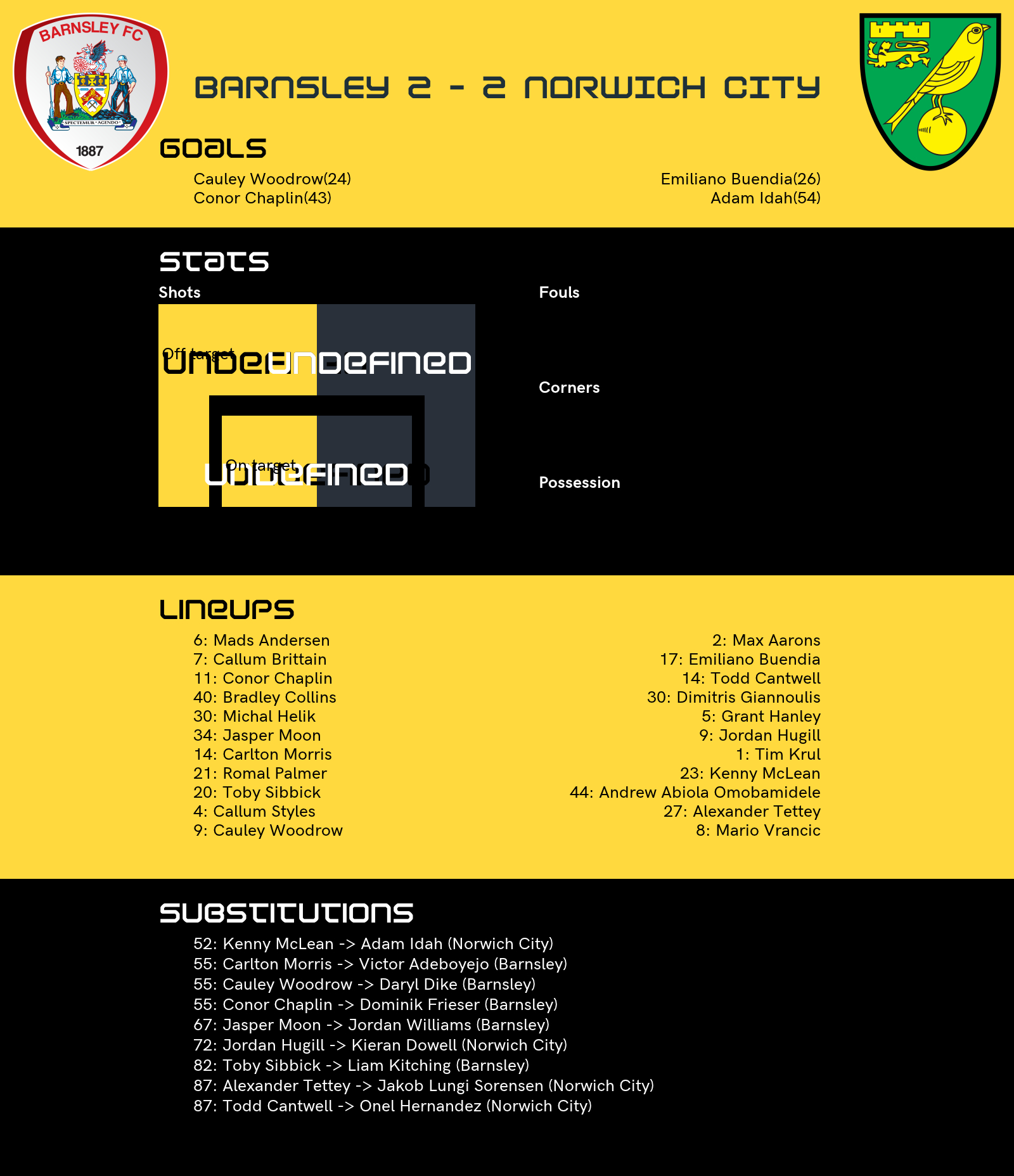