Red Bull Leipzig won the game at home to VfB Stuttgart 2-0 (0-0) in the Bundesliga. Emil Forsberg and Amadou Haidara were behind the victory with one goal each.

VfB Stuttgart were left with a man down early on, when Naouirou Ahamada was set off in the 14th minute.

The first half was goalless, but straight after half-time, Amadou Haidara made his mark as he scored a goal, with an assist by Daniel Olmo, to give Red Bull Leipzig the lead.

In the 67th minute, Emil Forsberg scored a goal, to increase the lead for Red Bull Leipzig, what became Forsberg’s seventh goal of the season. This brought the final score to 2-0.

Red Bull Leipzig have 2 wins, 1 draw and 2 losses with a 7–4 goal difference in the last 5 games, while VfB Stuttgart have 1 win and and 4 losses and a 5–10 goal difference.

With three games remaining, Red Bull Leipzig are in second place in the table while VfB Stuttgart are in 10th.

Next time Leipzig will play against Dortmund on Saturday at Signal Iduna Park. Stuttgart take on Augsburg at home on Friday. 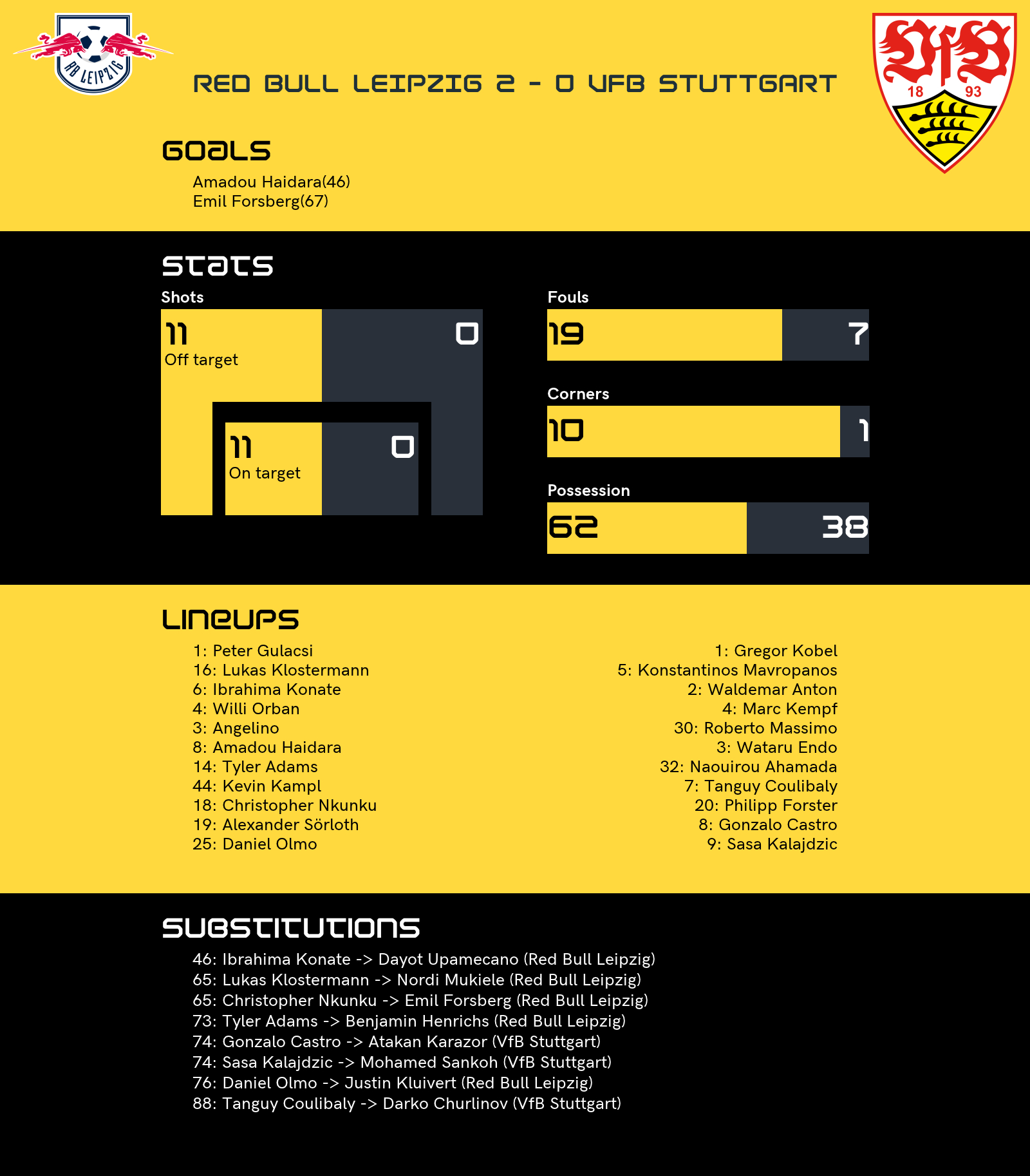