Derby County were ahead 1-0 in the Championship game at Pride Park Stadium but the Birmingham City came back to win 1-2.

The match was even in terms of goals until Derby County took the lead in the 36th minute through Kazim, who scored a goal.

With barely 30 minutes on the clock, Birmingham City’s Lukas Jutkiewicz scored a goal and equalised.

With six minutes left to play, Birmingham City’s Lukas Jutkiewicz scored the decider as he scored a goal. Jutkiewicz then completed the team’s come back. This brought the final score to 1-2.

The result saw City’s sixth game in a row without defeat.

With two games remaining, Derby County are in 21st place in the table while Birmingham City are in 16th. 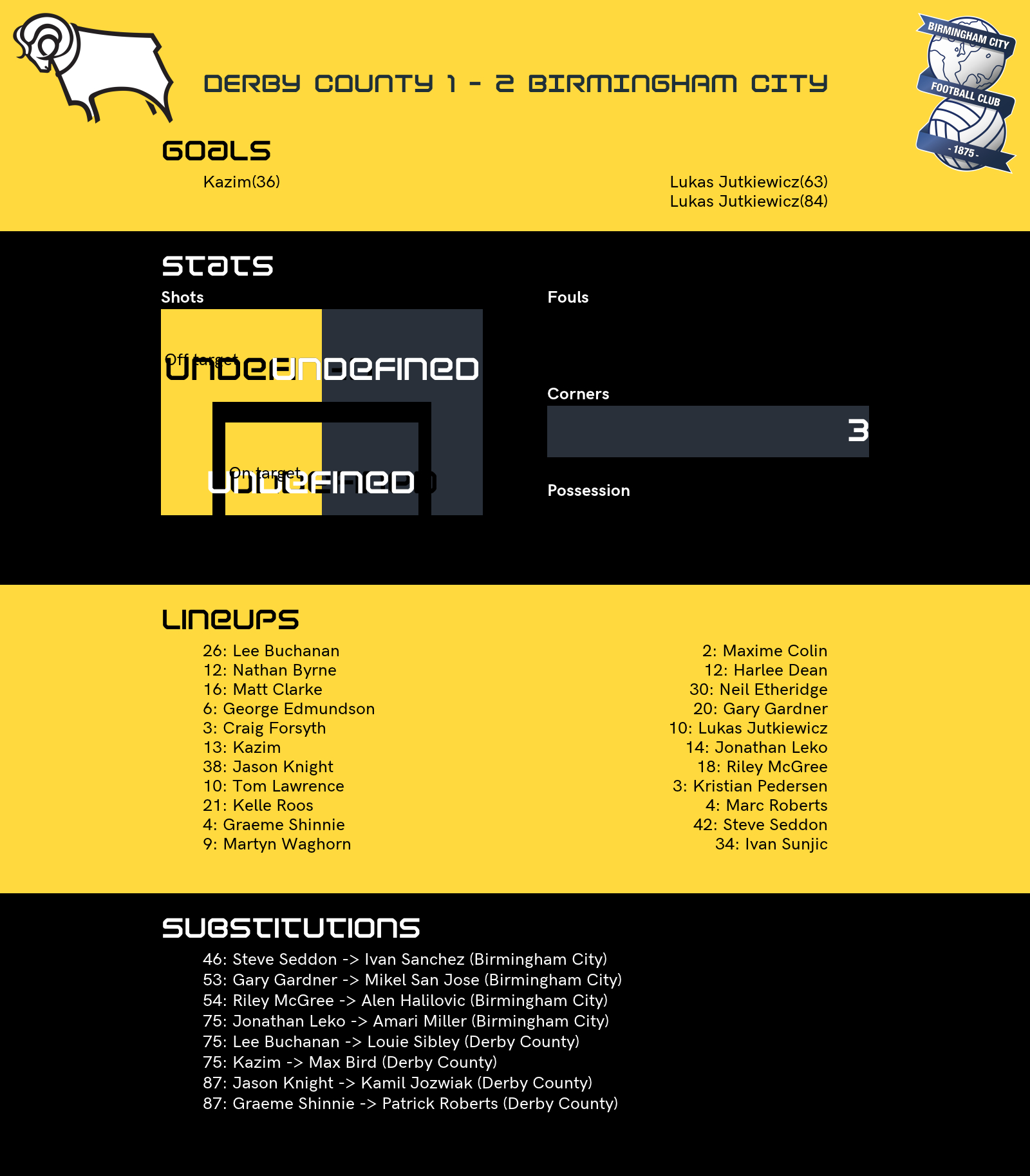