Atlethic Bilbao enjoyed a great game in the La Liga and their ninth game in a row without defeat came at home to Osasuna. The game finished 2-2 (1-1).

The hosts Atlethic Bilbao started the match at pace and took the lead straight away already from the kickoff. After only one minute Jon Morcillo scored a goal, with an assist from Asier Villalibre.

Osasuna equalised to 1-1 early in the match when Darko Brasanac made his mark as he scored a goal, with an assist by Juan Cruz, in the 12th minute.

After that the game came to a long, indecisive standstill without either team managing to score. With barely 30 minutes on the clock, Atlethic Bilbao’s Oihan Sancet Tirapu scored a goal, from a pass from Alex Berenguer, and gave Atlethic Bilbao the lead.

The equaliser came right at the end of the game, when Ante Budimir scored a goal for Osasuna, with an assist by Enric Gallego. He has now scored eight La Liga goals this season. The 2-2 goal was the last goal of the game.

With three games remaining, Atlethic Bilbao are in eighth place in the table while Osasuna are in 12th.

In the next round, Athletic Club take on Huesca away at El Alcoraz on Wednesday. Osasuna play at home to Cadiz on Tuesday. 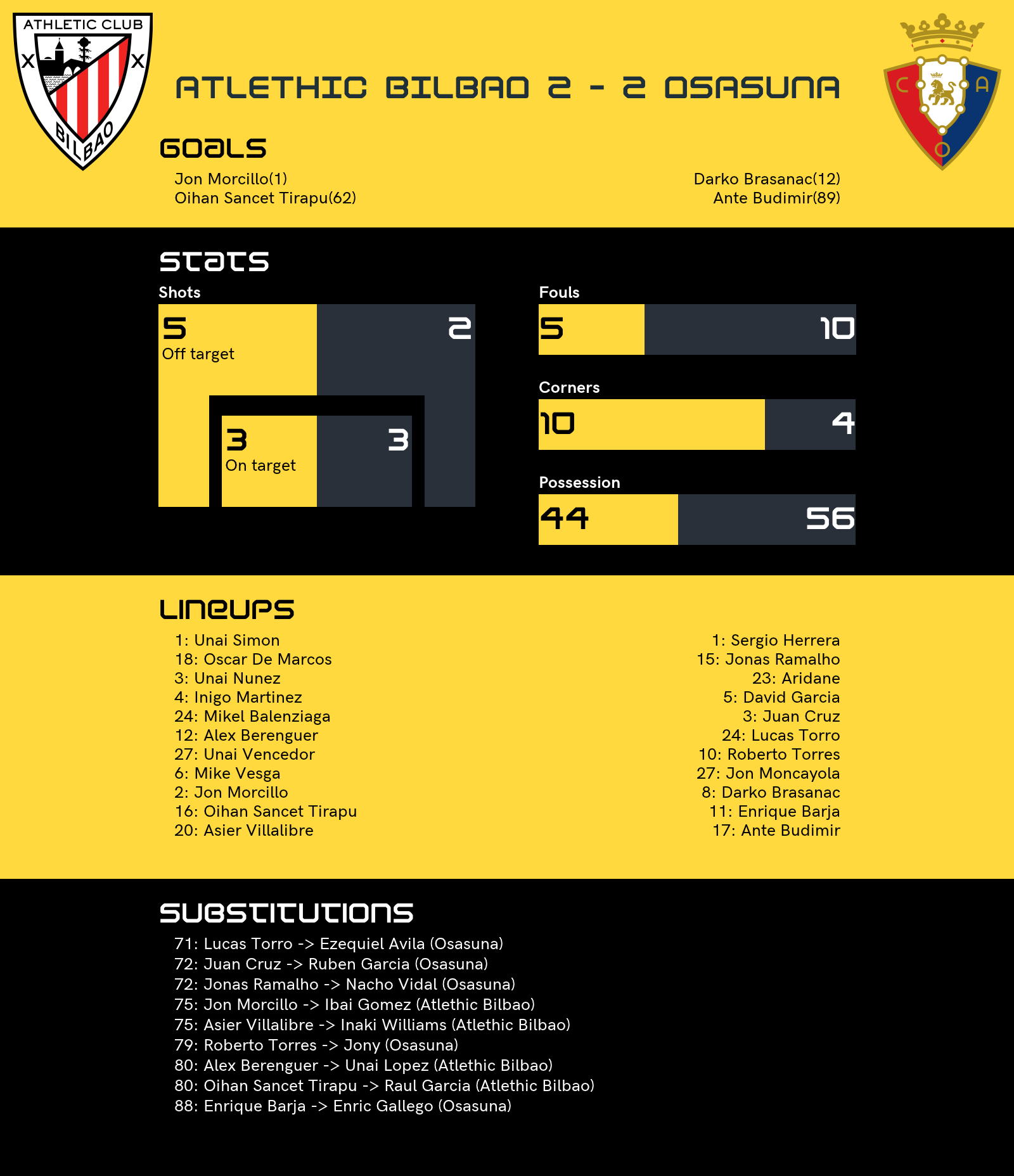