Parma have not had an easy ride in the Serie A. The home game against Atalanta saw yet another tough defeat and relegation is now a fact. The game finished 2-5 (0-1).

The visitors Atalanta scored the first goal when Ruslan Malinovskyi scored a goal after 12 minutes, with an assist by Josip Ilicic, making it 1-0.

Straight after the break, Matteo Pessina scored and increased the team’s lead.

Luis Muriel increased Atalanta’s lead, with an assist by Mario Pasalic, in the 77th minute.

Juan Brunetta reduced the score for Parma, with an assist by Maxime Busi, in the 78th minute.

The 1-4 goal came in the final minutes, when Luis Muriel scored one more time. This occasion he scored a goal for Atalanta.

Parma’s reduced the score to 2-4 came straight after when Simon Sohm scored, with an assist by Graziano Pelle, with two minutes left to play. However, Parma were unable to make more of an impression.

Atalanta increased the lead to 2-5 just two minutes later when Aleksey Miranchuk scored a goal. This brought the final score to 5-2.

The result means that Atalanta have taken points in nine straight games.

Atalanta are now in second place in the league. 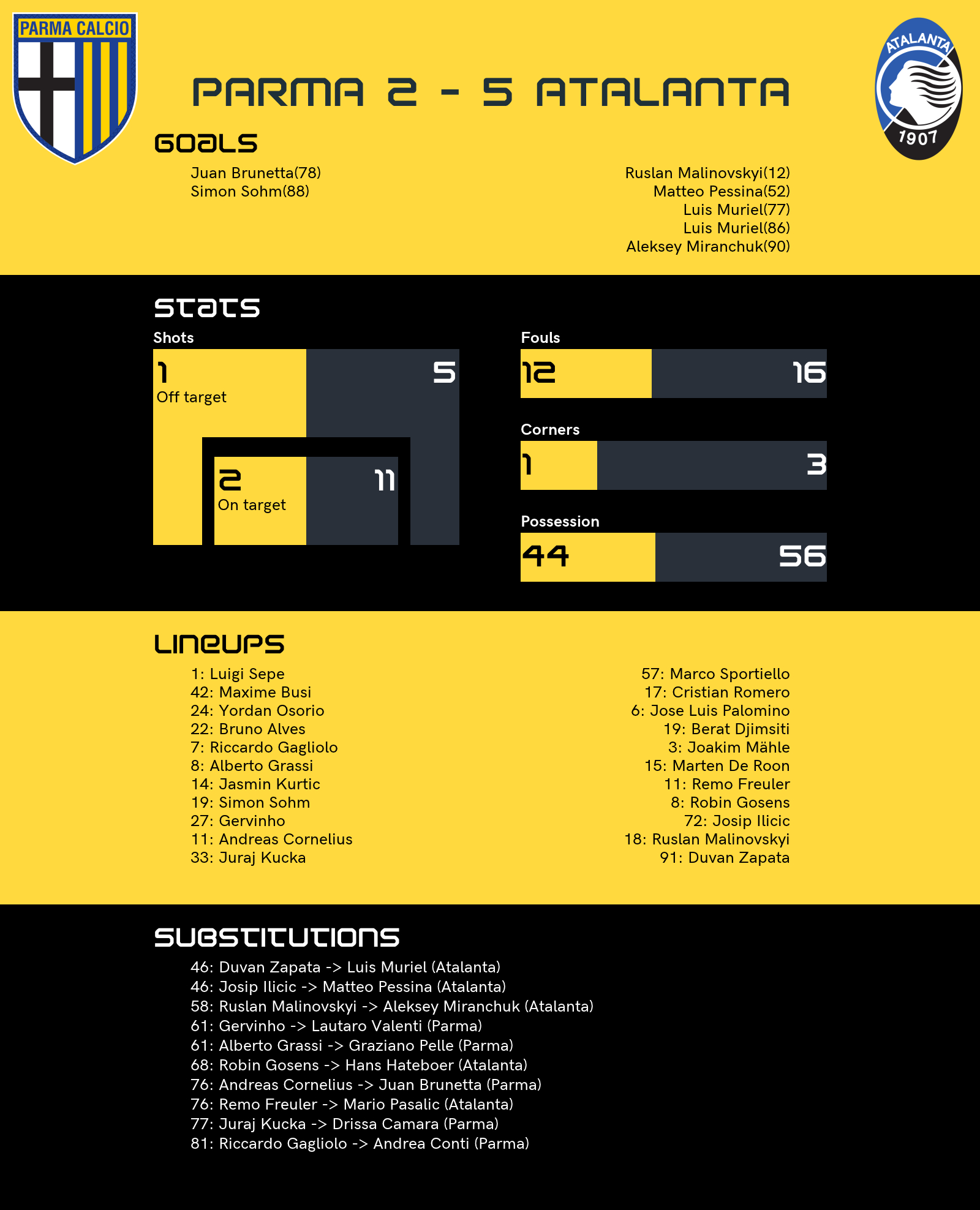