Getafe failed to win away against Barcelona. The game finished 2-5 (1-3) and that was Getafes seventh consecutive game without a win in the La Liga.

Barcelona scored the first goal when Lionel Messi scored a goal after 8 minutes, with an assist by Sergio Busquets, making it 0-1.

2-1 came in the 28th minute after another own-goal from Getafe.

The team also increased their lead to 3-1, when Lionel Messi scored one more time. This occasion he scored a goal, in the 33rd minute. He has now scored 25 La Liga goals this season.

In the 69th minute, Enes Ünal scored a goal, to reduce the score for Getafe. Getafe were unable to score any more goals.

The 4-2 goal came, when Ronald Araujo scored a goal for Barcelona, with an assist by Lionel Messi.

Barcelona’s 5-2 came straight after when Antoine Griezmann scored, in the 90th minute. It was his ninth goal. This brought the final score to 5-2.

This means Barcelona are in third place and that Getafe are in 15th place.

On Sunday, Barca will play Villarreal at 3:15 pm and Getafe will play Huesca at 1pm. 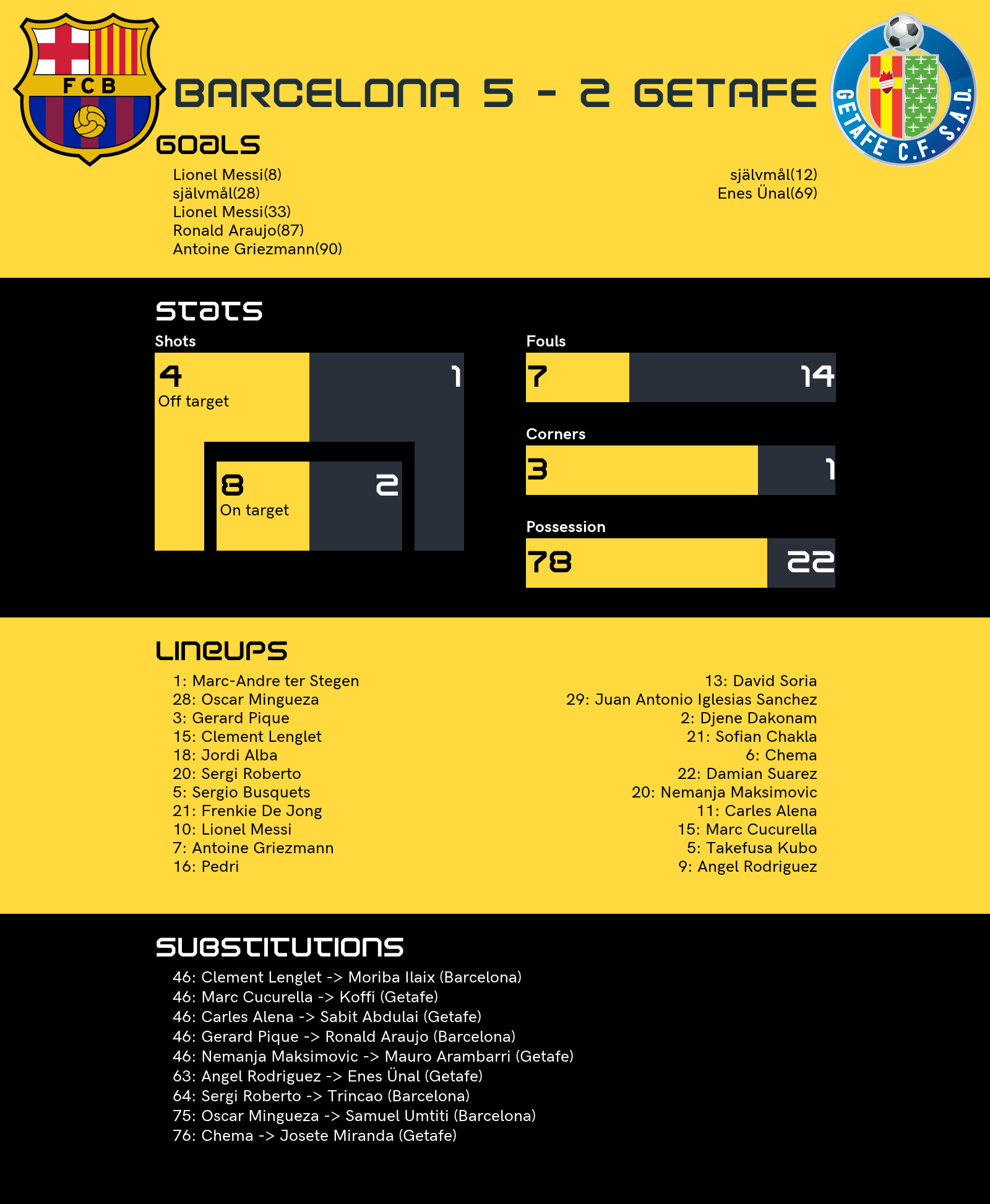