Tottenham claimed a comfortable win at home against Wolverhampton in the Premier League. The match finished 2-0 (1-0) after goals from Pierre Höjbjerg and Harry Kane.

Tottenham took the lead in added-time in the first half when Harry Kane scored a goal, with an assist by Pierre Höjbjerg. The goal was his 22nd on target in the league this season.

With barely 30 minutes on the clock, Tottenham’s Pierre Höjbjerg scored a goal and increased their lead. The 2-0 goal was the last one of the game.

With two games remaining, Tottenham are in sixth place in the table and Wolverhampton are in 12th. 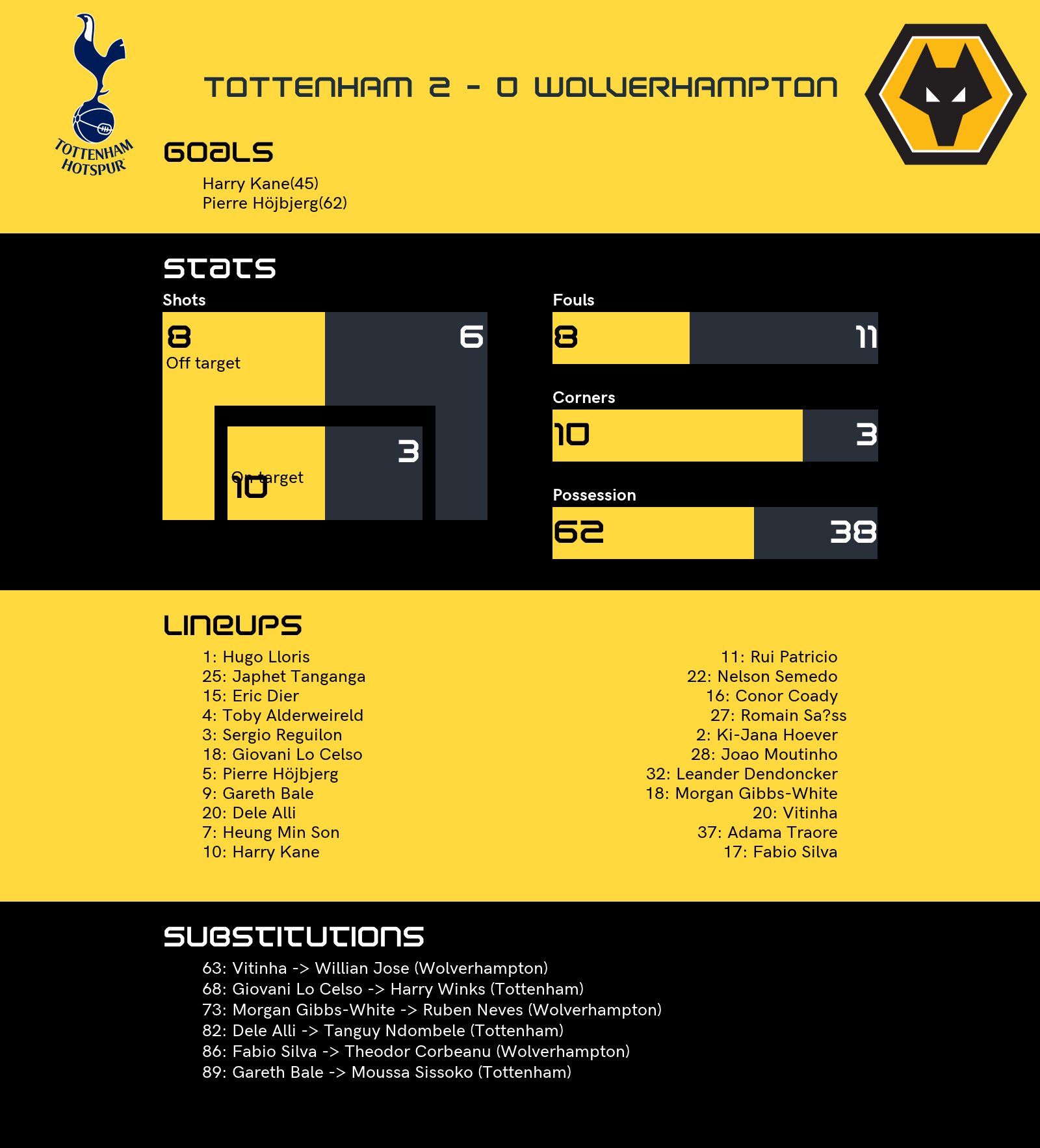