The first-half goal from McGoldrick was the only goal of the game. Sheffield United won 1-0 (1-0) at home to Burnley in the Premier League.

Sheffield United started the match best and took the lead early when David McGoldrick scored a goal after 24 minutes, with an assist by Enda Stevens, making it 0-1. He has now scored eight Premier League goals this season.

Sheffield United have 2 wins and and 3 losses with a 2–7 goal difference in the last 5 games, while Burnley have 1 win and and 4 losses and a 3–10 goal difference.

Wrapping up the regular season, Sheffield United finished in 20th place and Burnley in 17th. 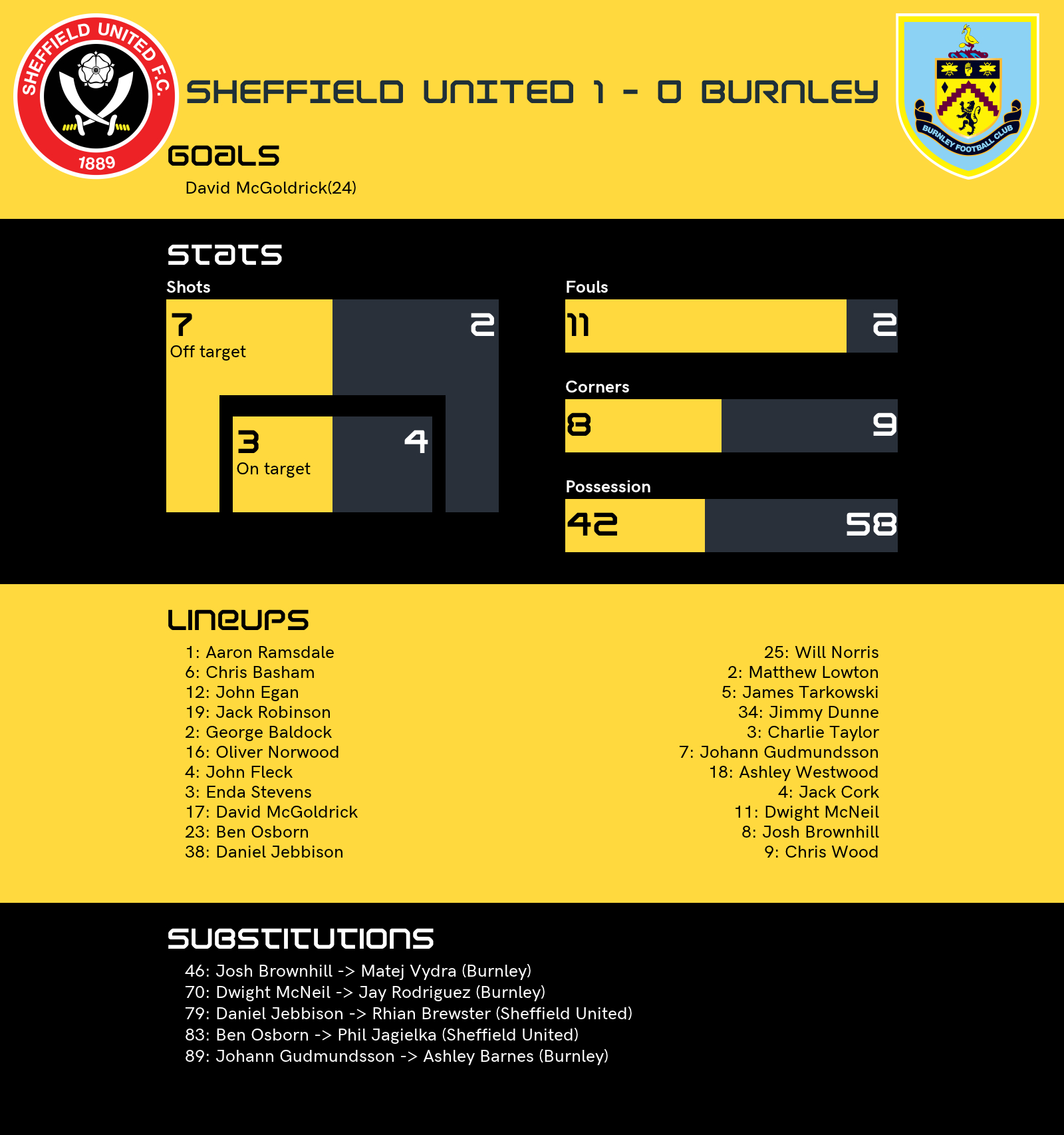