Milan brushed aside Torino with ease in the Serie A, winning away with a resounding 7-0 (2-0) on Wednesday.

Milan scored the first goal when Theo Hernandez scored a goal after 19 minutes, with an assist by Brahim Diaz, making it 1-0.

The team increased their lead to 0-2, when Franck Kessie scored a goal, in the 26th minute.

Straight after the break, Brahim Diaz found the net and increased Milan’s lead.

With barely 30 minutes on the clock, Milan’s Theo Hernandez scored a goal, from a pass from Ante Rebic, and increased their lead.

In the 67th minute, Ante Rebic scored a goal, with an assist by Rade Krunic, to increase the lead for Milan.

The team increased the lead again, making it 0-6, just five minutes later as Ante Rebic scored again. This time he scored a goal, with an assist by Rafael Leao.

Milan increased the lead even more as Ante Rebic scored a goal and with this completed his hattrick in the 79th minute, what brought the final score to 7-0.

With this game, Milan can chalk up a three-game run without conceding a goal.

Torino are now in 16th place in the table, while Milan are third in the league.

In the next round, Torino take on Spezia away on Saturday. Milan play at home to Cagliari on Sunday. 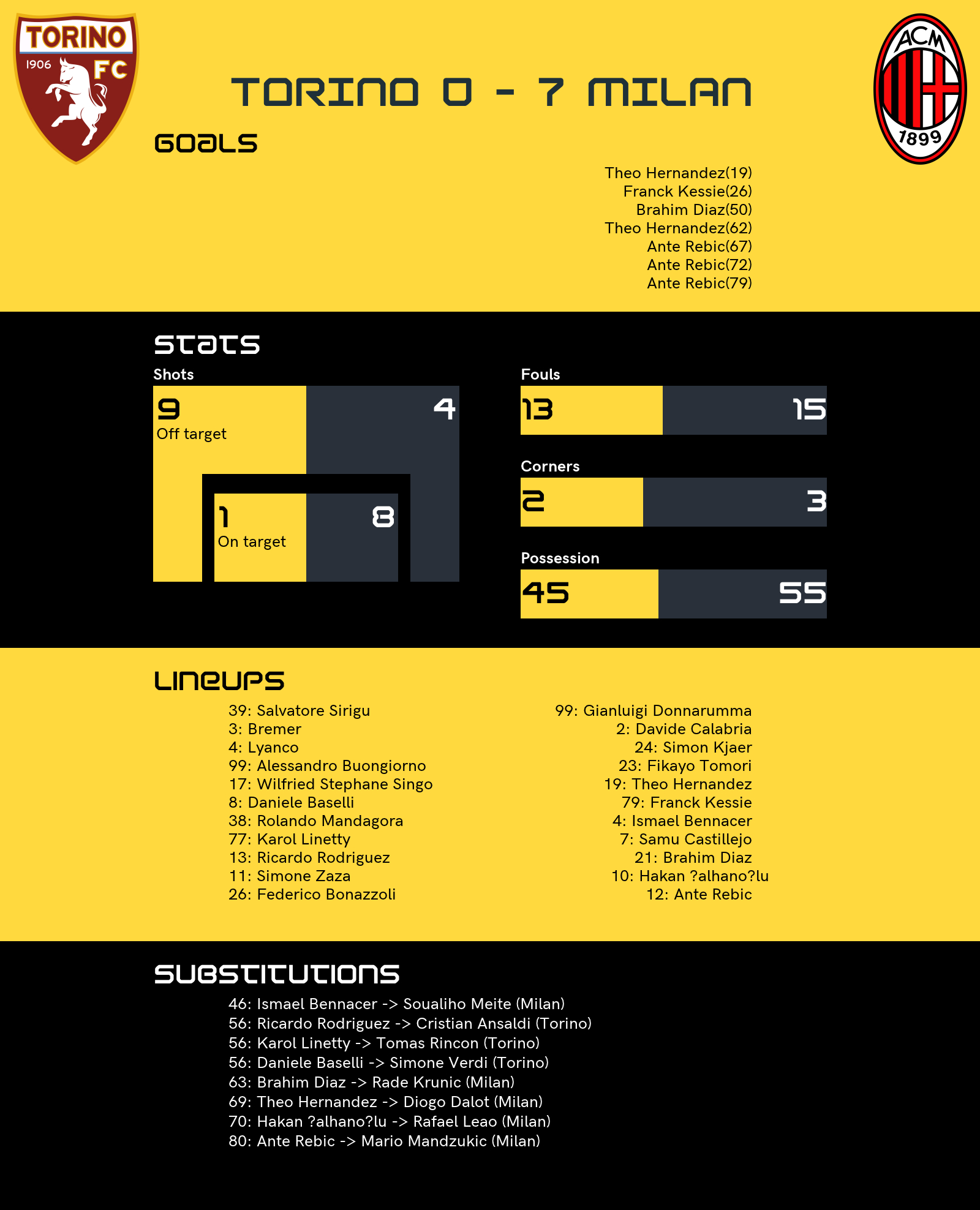