After a goal from Barrow, Bologna were 1-0 up at half-time, in their home game against Torino in the Serie A. But then, Torino clawed their way back into the game and equalised through Mandagora. The game finished 1-1.

Bologna started the match well and took the lead early when Musa Barrow scored a goal after 25 minutes, with an assist by Roberto Soriano, making it 0-1.

With more than 30 minutes on the clock, Torino’s Rolando Mandagora scored a goal and equalised. The 1-1 goal was the last goal of the game.

This means Bologna are still in 11th place and Torino are in 16th.

Torino will play against Napoli on Monday. Bologna will face Atalanta on Sunday. 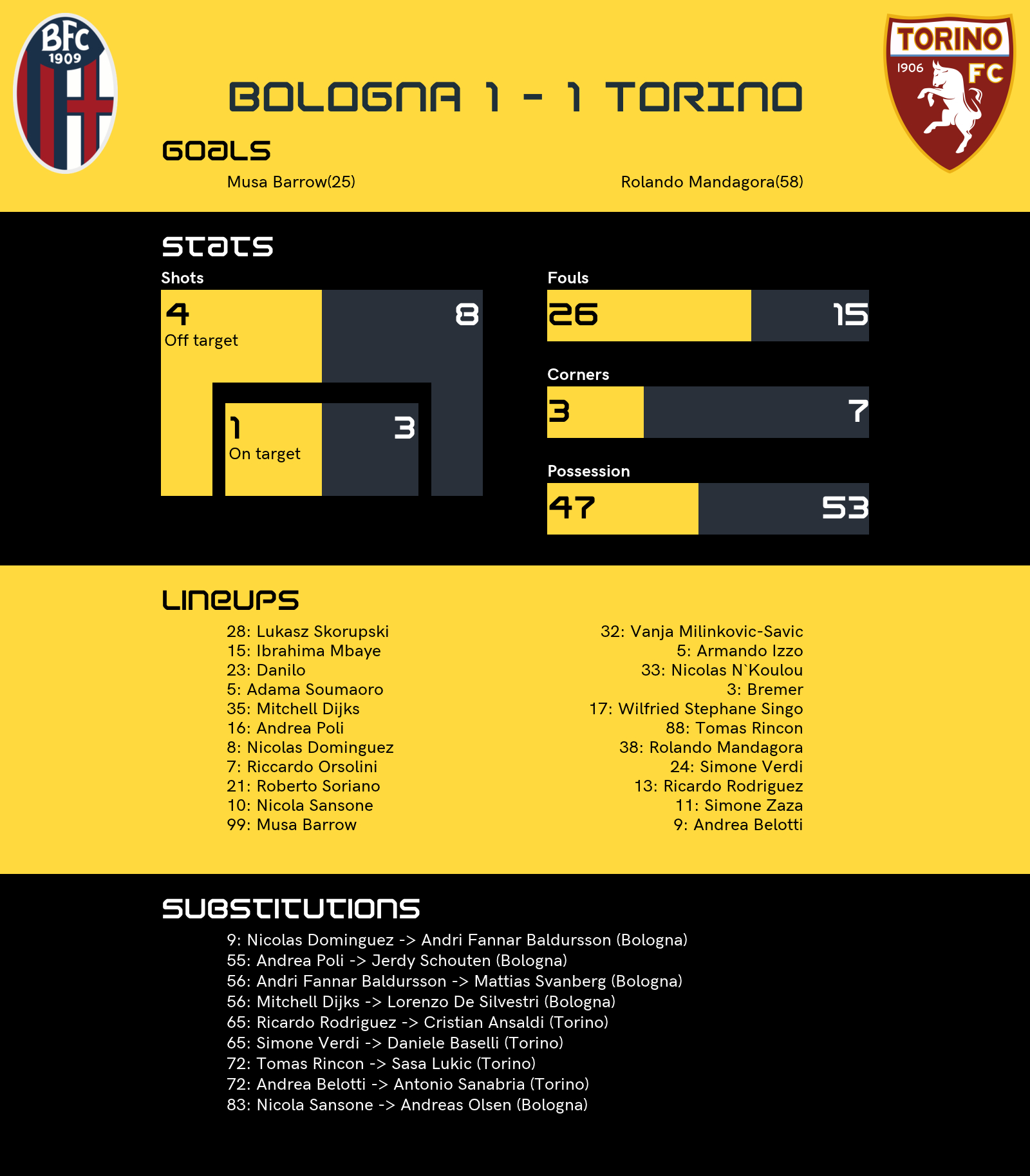