The first half finished 0-0 and it took until the 57th minute before Sergio Agüero scored a goal, with an assist by Benjamin Mendy, to give Manchester City the lead.

With more than 30 minutes on the clock, Manchester City’s Ferran Torres scored a goal and increased their lead. The 2-0 goal was the last one of the game.

The result means the fourth game in a row without a win for Crystal Palace.

Crystal Palace have 1 win, 1 draw and 3 losses with a 4–9 goal difference in the last 5 games, while Manchester City have 4 wins and and 1 loss and a 10–3 goal difference.

On Saturday, Palace will host Sheffield Utd at 3pm and Man City will play against Chelsea at 5:30 pm. 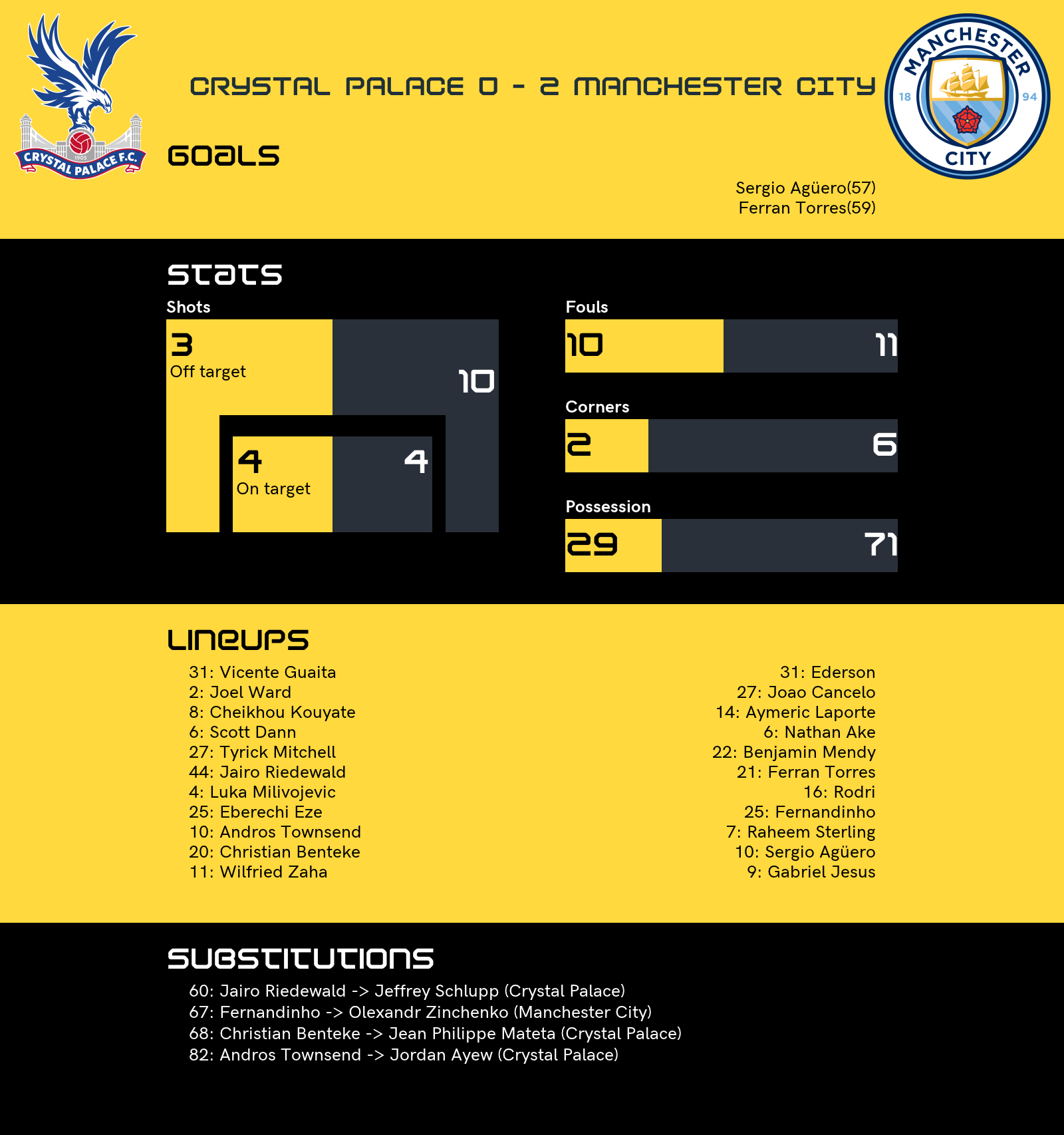