Mainz hosted Hertha Berlin at Opel Arena in a game that finished 1-1 (1-1) and that was Mainz’s eighth successive game without defeat in Bundesliga.

The match was goalless until Hertha Berlin took the lead in the 36th minute through Lucas Tousart, who scored a goal, with an assist by Marton Dardai.

Mainz equalised 1-1 just before the half-time whistle as Philipp Mwene scored a goal. The teams were unable to score in the second half and the game ended 1-1.

This means Mainz are still in 12th place and Hertha Berlin are in 17th.

Next time Mainz will play against Frankfurt on Sunday at Deutsche Bank Park. Hertha take on Freiburg at home on Thursday. 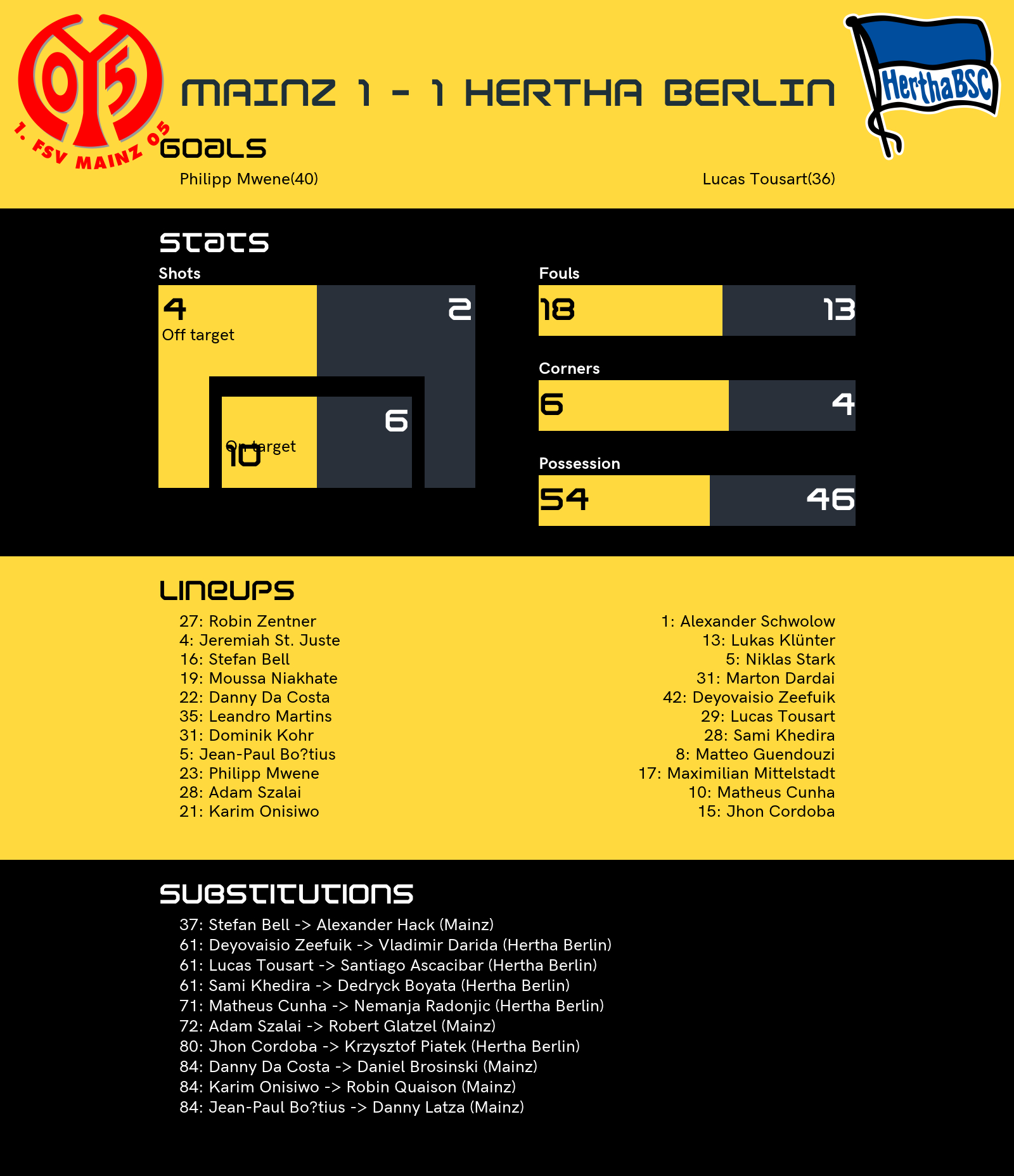