The second-half goal from Immobile was to be the only goal of the game when Lazio won 1-0 (0-0) at home to Parma in the Serie A.

Goal was scored right at the death in the 90th minute when Ciro Immobile scored a goal made it 1–0 for Lazio.

The result brings no change for the teams in terms of league position: Lazio in sixth place and Parma in 19th.

Next time Lazio will play against Roma on Saturday. Parma take on Sassuolo at home on Sunday. 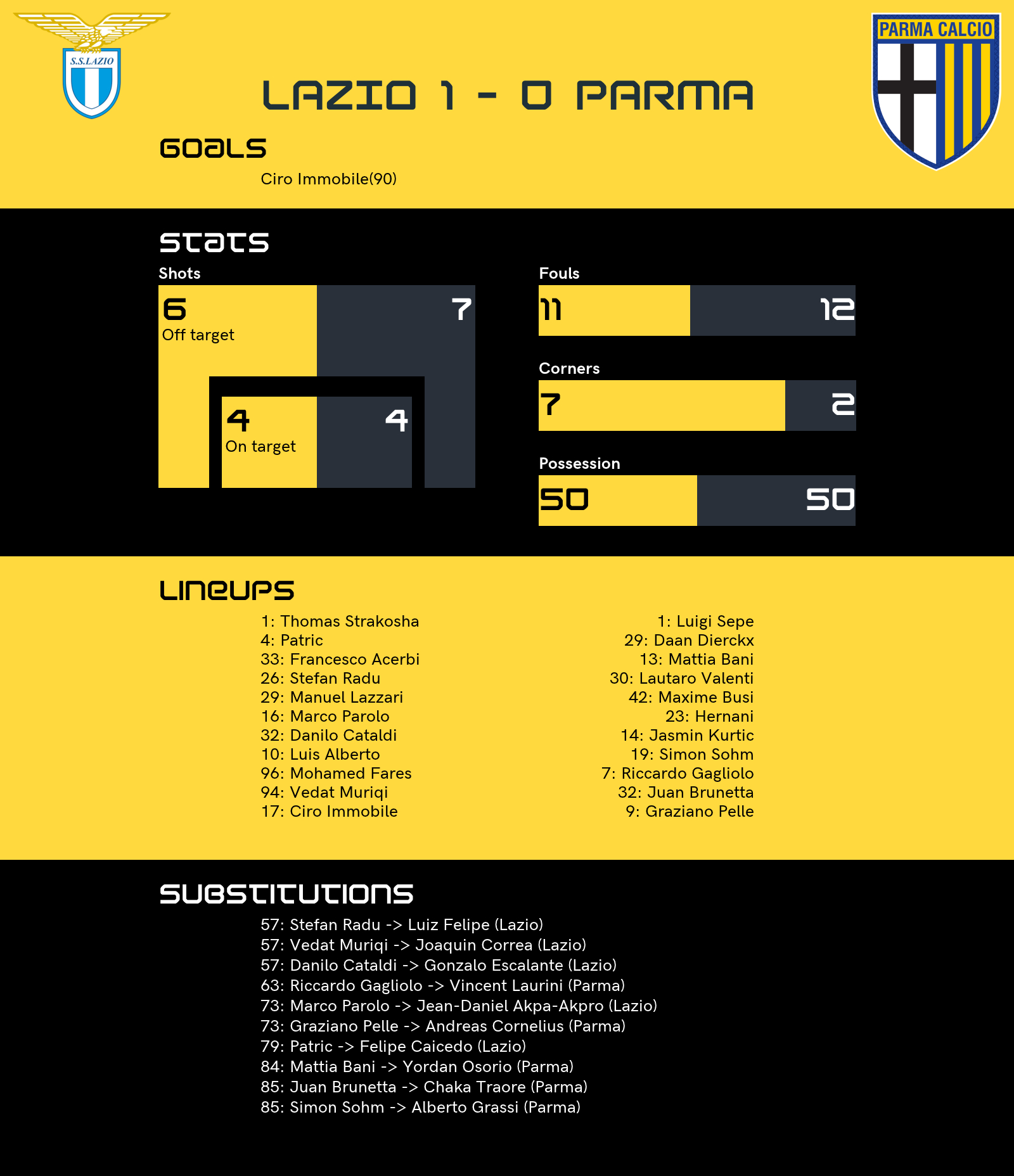