League leaders Bayern München continue to impress. With a 3-2 (3-1) win away against Wolfsburg, Bayern München recorded yet another victory. This means the team has extended their lead in the Bundesliga and the gap to second placed Leipzig is now seven points. Wolfsburg are in third place in the league.

The visiting team Bayern München scored the first goal when Jamal Musiala scored a goal in the 15th minute, with an assist by Alphonso Davies, making it 1-0.

The team increased their lead to 0-2, as Eric Maxim Choupo Moting scored a goal, in the 24th minute.

In the 35th minute Wolfsburg found the net as Wout Weghorst scored a goal, from a pass from Xaver Schlager, and reduced the score for Wolfsburg, what became his 19th goal of the season.

Bayern München also increased their lead to 1-3, when Jamal Musiala scored one more time. This occasion he scored a goal, with an assist by Thomas Müller, in the 37th minute. The goal was his sixth on target in the league this season.

Wolfsburg’s Maximilian Philipp also scored in the 54th minute as he scored a goal, with an assist by Paulo Otavio. However, Wolfsburg were unable to make more of an impression. The 2-3 goal was the last goal of the game.

It means that Bayern München find themselves undefeated for the seventh game running.

Wolfsburg will host Stuttgart on Wednesday. Bayern will face Leverkusen at Allianz Arena on Tuesday. 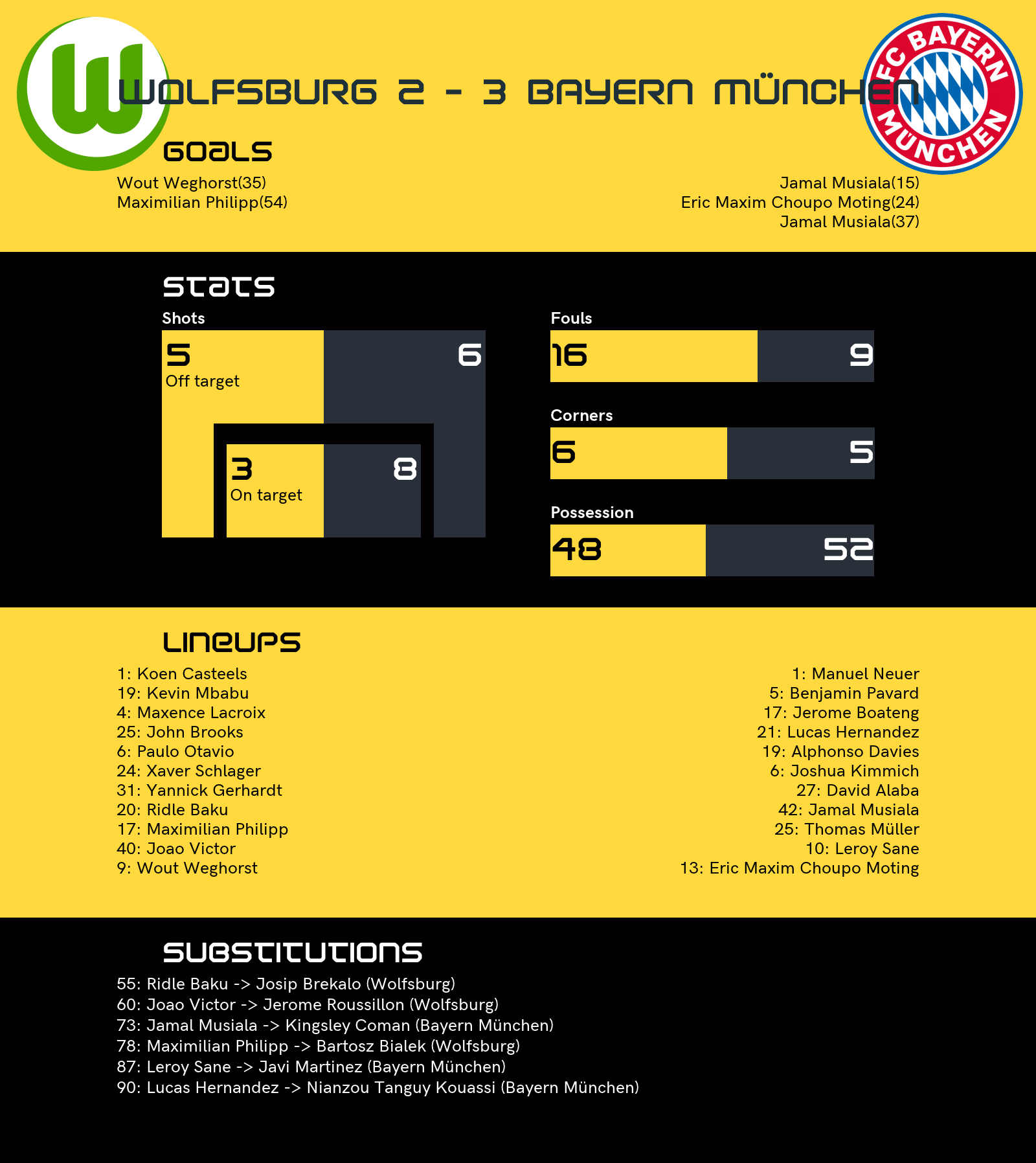