Atalanta got goals from zero player and downed the hometown Bologna 5-0 (2-0) on Sunday in Serie A action.

Atalanta started the match well and took the lead when Ruslan Malinovskyi scored a goal after 22 minutes, with an assist by Luis Muriel, making it 0-1.

The team increased the lead to 2-0 just before the half-time whistle as Luis Muriel scored a goal.

Bologna’s Jerdy Schouten was sent off in the 49th minute.

With more than 30 minutes on the clock, Atalanta’s Remo Freuler scored a goal and increased their lead.

With more than 30 minutes on the clock, Atalanta’s Duvan Zapata scored a goal, from a pass from Ruslan Malinovskyi, and increased their lead.

Atalanta found the net once more, this time through Aleksey Miranchuk, who scored a goal, with an assist by Joakim Mähle, in the 73rd minute. The 5-0 goal was the last one of the game.

It was Atalanta’s seventh game in a row without defeat.

The result means Atalanta are now in second place in the table and that Bologna are 12th in the league. 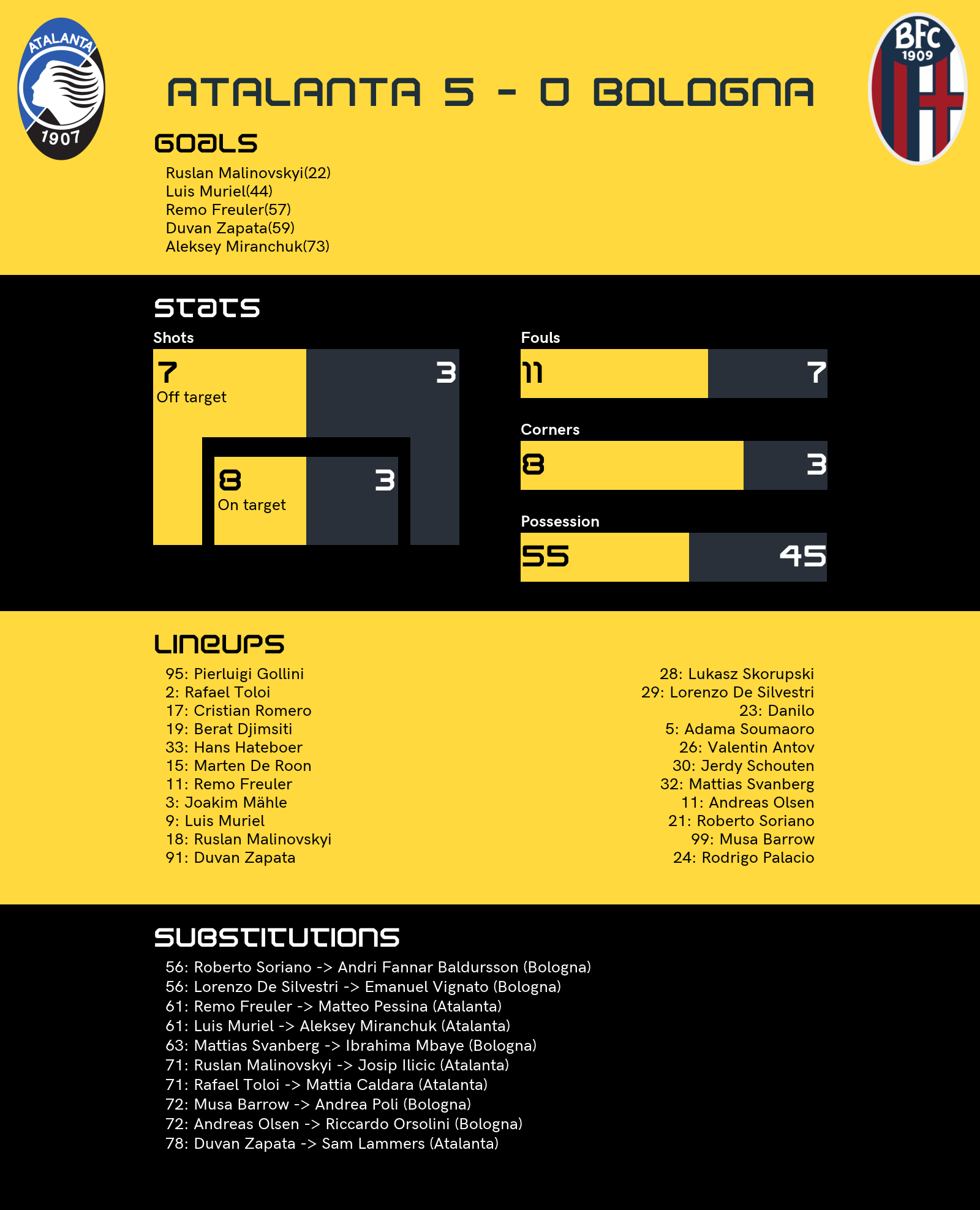