Udinese beat Benevento away in the Serie A. Udinese had a 2-1 lead already by half time and ultimately won the game 4-2.

The visitors Udinese started best and were already 0-1 up at the start of the game. After only 4 minutes Nahuel Molina scored a goal, with an assist from Rodrigo De Paul.

The team increased the lead to 0-2 after more than half an hour’s play as Tolgay Arslan scored a goal, with an assist by Roberto Pereyra.

In the 34th minute Benevento found the net as Nicolas Viola scored a goal, and reduced the score for Benevento.

Jayden Braaf increased the lead in the 73rd minute, with an assist by Roberto Pereyra.

Seven minutes left to play, Benevento’s Gianluca Lapadula reduced as he scored a goal, with an assist by Iago Falque. Benevento were unable to score any more goals. The 2-4 goal was the last goal of the game.

It was Benevento’s fifth game in a row without a win.

Looking at the table, we find Benevento in 18th place, while Udinese are 11th in the league.

Next time Benevento will play against Milan on Saturday. Udinese take on Juventus at home on Sunday. 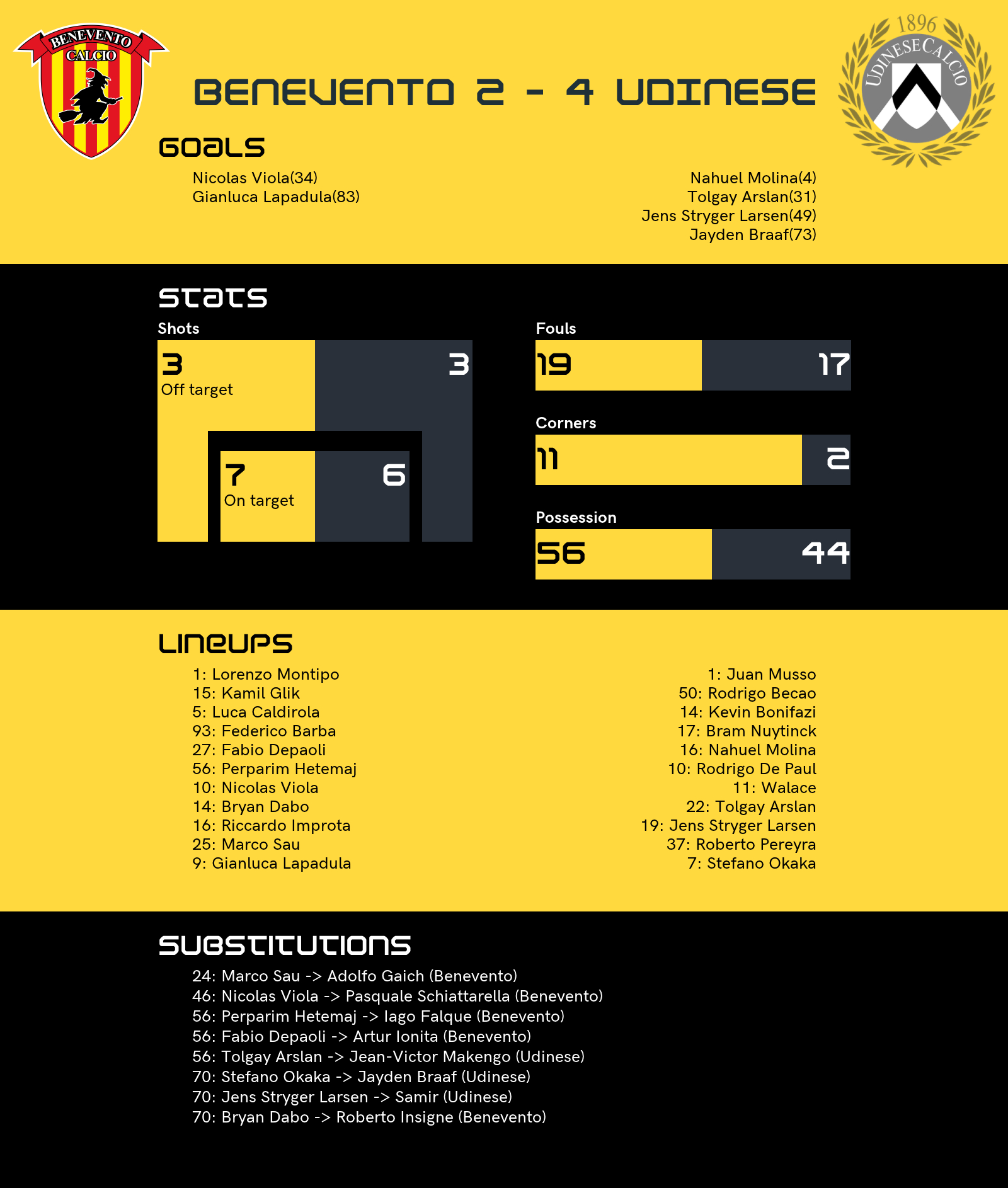