Smith-Rowe scored the only goal of the game in the first half in Arsenal’s victory in the Premier League, as they beat Chelsea 1-0 (1-0) away.

The visitors Arsenal started the match best and took the lead when Emile Smith-Rowe scored a goal after 16 minutes, with an assist by Pierre-Emerick Aubameyang, making it 1-0.

With two games remaining, Chelsea are in fourth place in the table while Arsenal are in eighth.

Arsenal will play against Palace on Wednesday. Chelsea will face Leicester on Tuesday. 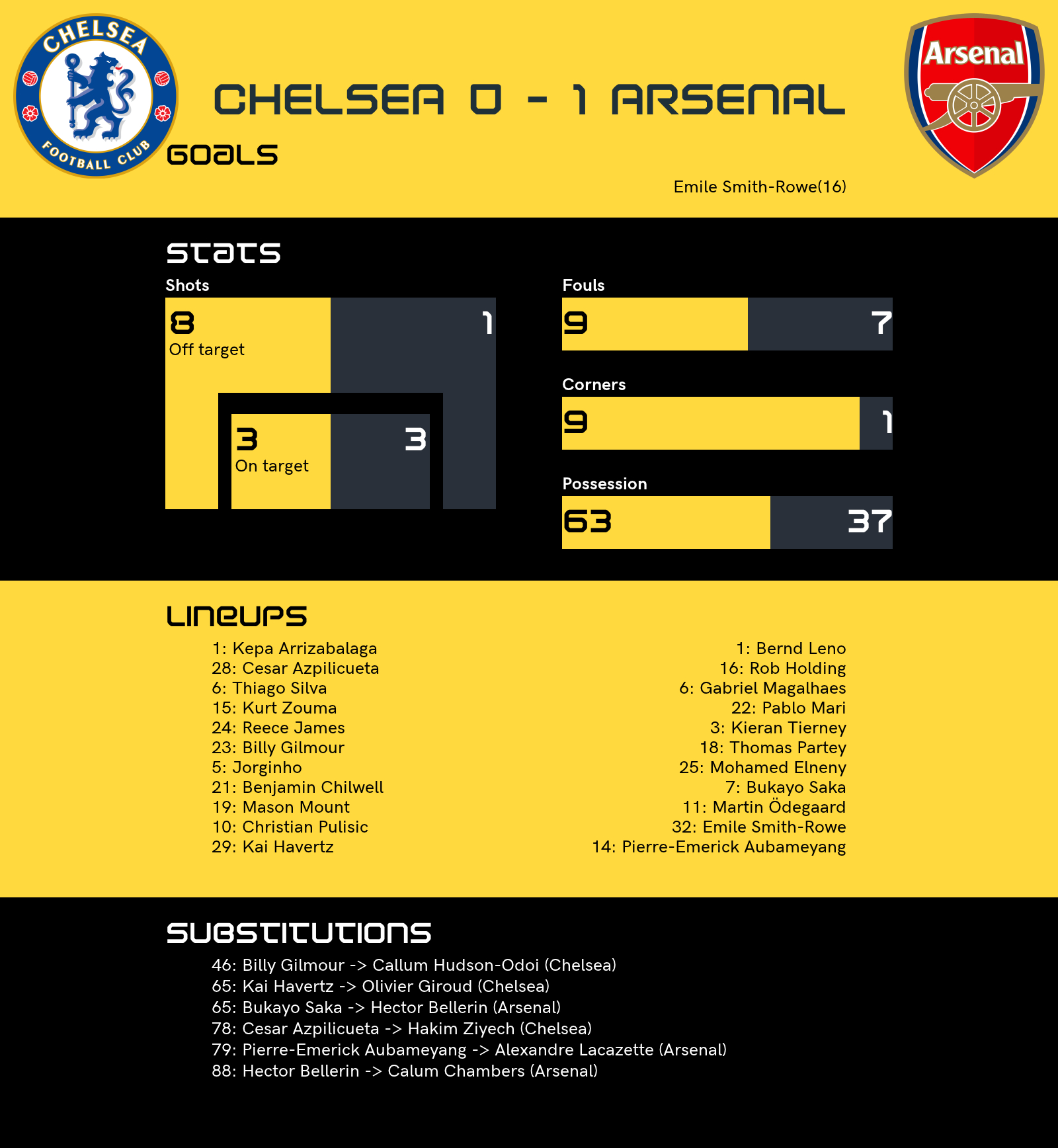