13th placed Borussia Dortmund are currently very hard to play against. Win number six in the Bundesliga came after 3-1 (2-0) away to 13th placed Mainz on Sunday. The result also means that Mainz lost for the first time after having enjoyed a run of nine games without defeat.

The visiting team Borussia Dortmund scored the first goal when Raphael Guerreiro scored a goal after 23 minutes, with an assist by Jadon Sancho, making it 1-0.

The team increased the lead to 0-2 just before the half-time whistle as Marco Reus scored a goal, with an assist by Jadon Sancho. He has now scored seven Bundesliga goals this season. It was his seventh goal.

Julian Brandt increased Borussia Dortmund’s lead, with an assist by Erling Håland, in the 80th minute.

The goal that reduced the score to 1-3 came in the 90th minute, when Robin Quaison scored a goal for Mainz. However, Mainz were unable to make more of an impression. The 1-3 goal was the last goal of the game.

Borussia Dortmund have now won six games in a row.

It was Dortmund’s sixth game in a row without defeat.

Mainz have 2 wins, 2 draws and 1 loss with a 6–6 goal difference in the last 5 games, while Borussia Dortmund have 5 wins and and a 14–4 goal difference.

With one game remaining, Mainz are in 13th place in the table while Borussia Dortmund are in third.

In the next round on Saturday, Mainz face Wolfsburg away at Volkswagen Arena, while Dortmund host Leverkusen. 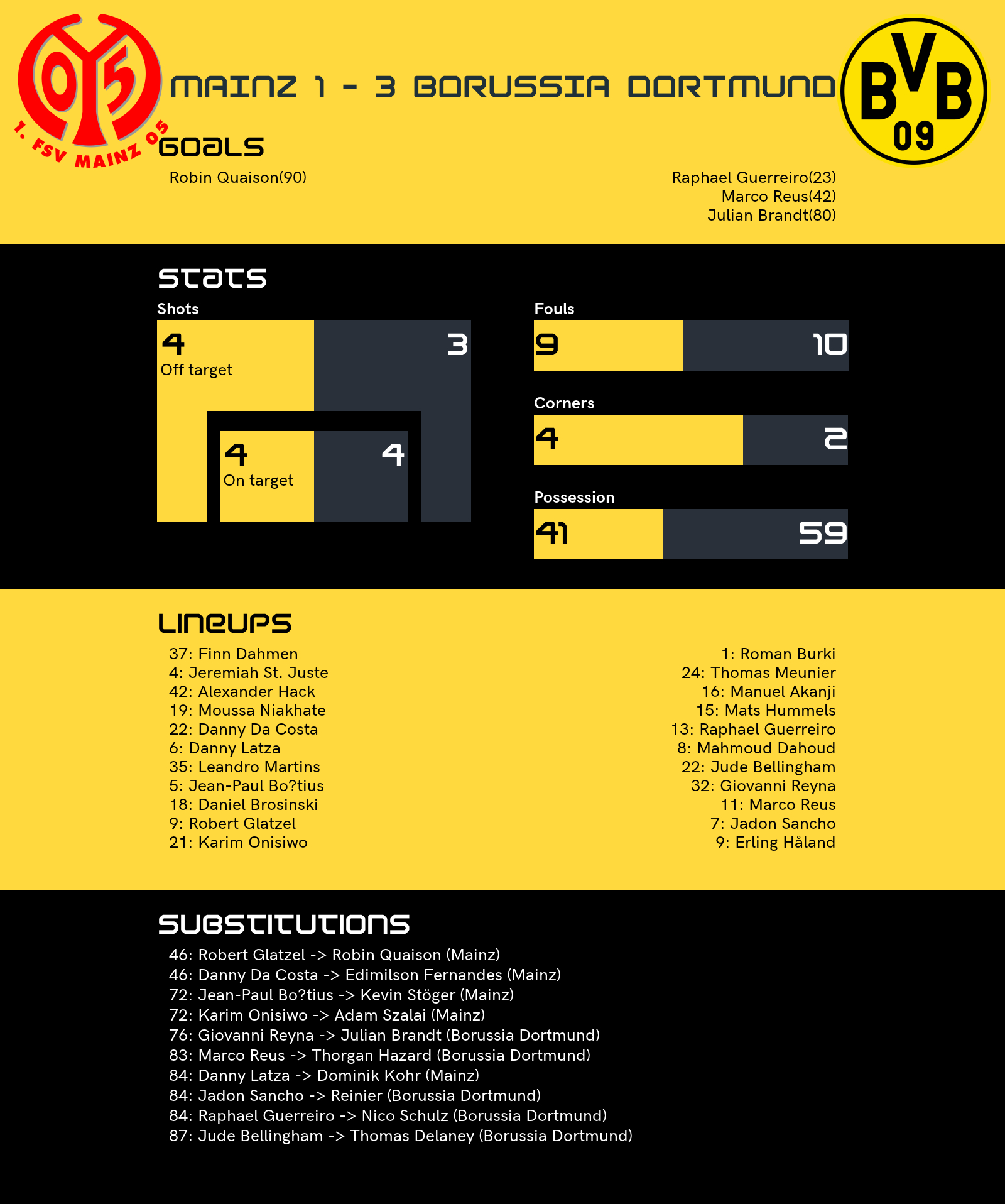