Sheffield Wednesday won 1-0 at home to Blackburn Rovers in the Championship. Windass scored the only goal of the game in the first half.

The match was even in terms of goals until Sheffield Wednesday took the lead in the 37th minute through Josh Windass, who scored a goal.

With three games remaining, Sheffield Wednesday are in 23rd place in the table while Blackburn Rovers are in 16th.

In the next round on Saturday, Sheff Wed face Middlesboro away at Riverside Stadium, while Blackburn host Huddersfield. 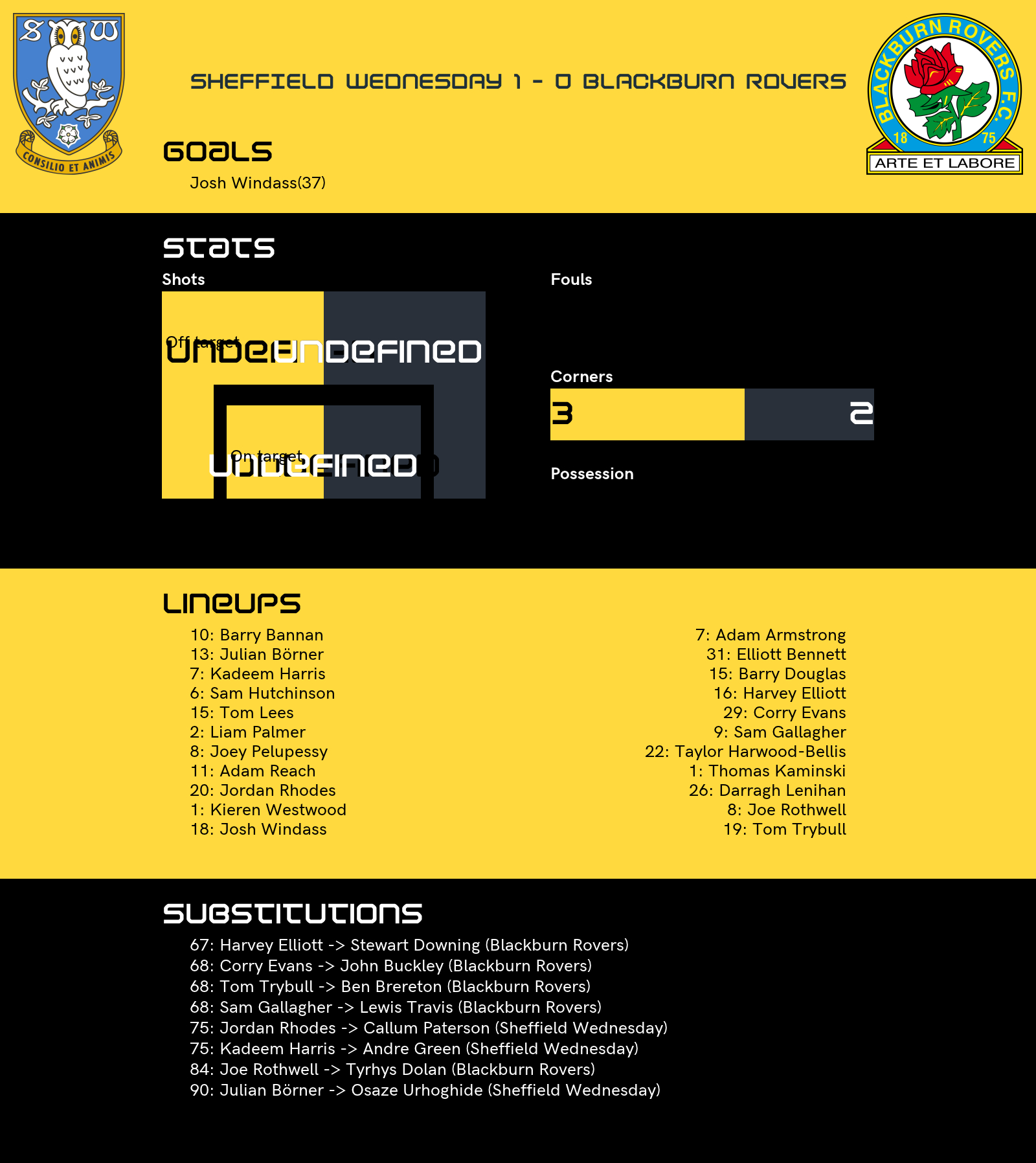