After a goal from De Paul, Udinese were 1-0 up at half-time, in their home game against Bologna in the Serie A. But then, Bologna clawed their way back into the game and equalised through Orsolini. The game finished 1-1.

Udinese started the match best and took the lead when Rodrigo De Paul scored a goal after 23 minutes, making it 0-1.

After that the game came to a long, indecisive standstill without either team managing to score. Eight minutes left to play, Bologna’s Riccardo Orsolini equalised as he scored a goal, what brought the final score to 1-1.

It was Bologna’s fourth game in a row without a win.

With three games remaining, Udinese are in 11th place in the table and Bologna are in 12th.

Udinese will host Napoli on Tuesday. Bologna will face Genoa on Wednesday. 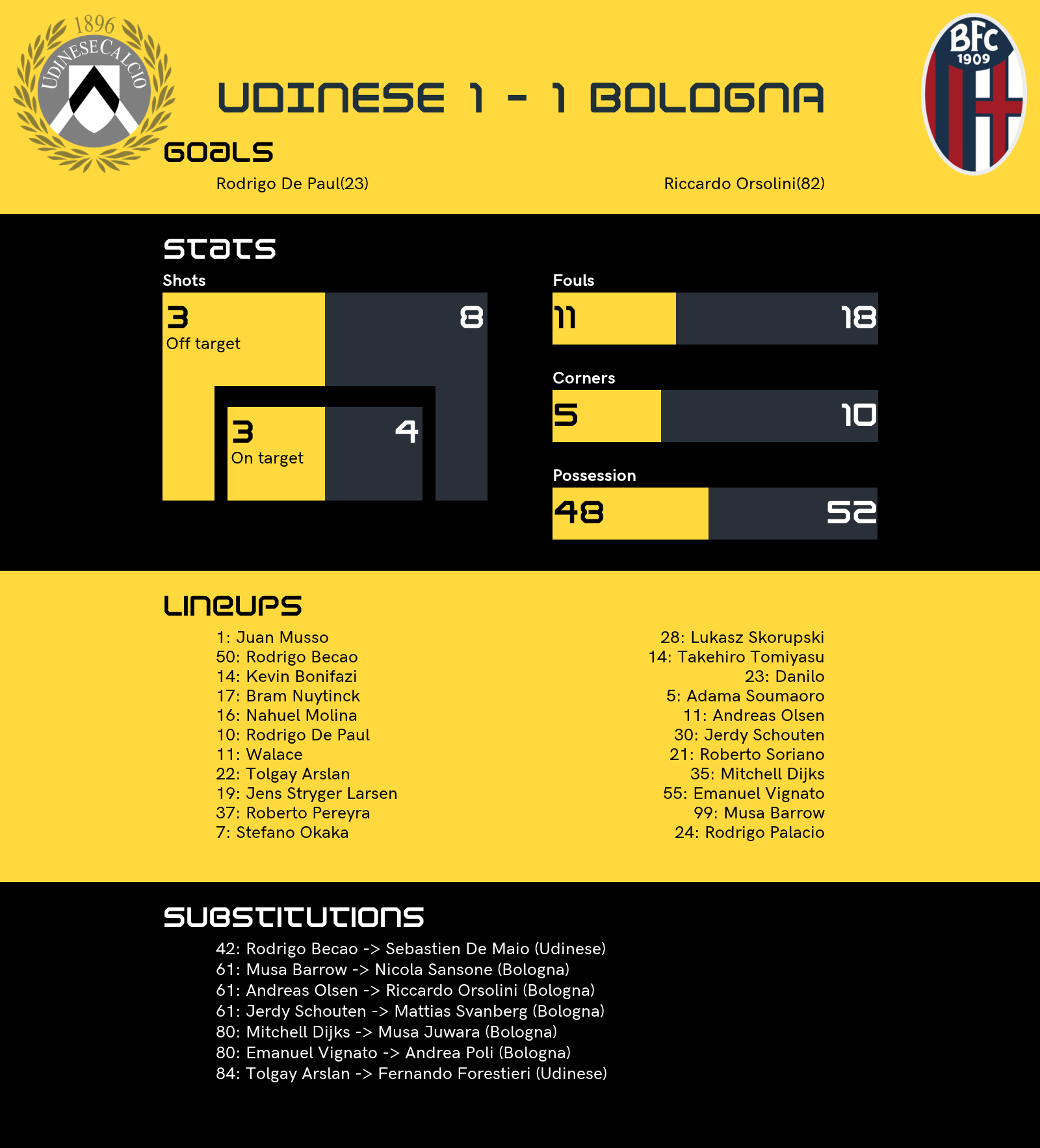