Napoli won Tuesday’s game at home to Udinese in the Serie A. They were ahead 2-1 and only increased their lead towards the end. The game finished 5-1.

It was 0-0 until Napoli took the lead just before the half-hour mark through Piotr Zielinski, who scored a goal, making it 1-0.

The team increased the lead to 2-0 after more than half an hour’s play as Fabian Ruiz scored a goal, with an assist by Piotr Zielinski.

Udinese reduced the score to 2-1 just before the half-time whistle as Stefano Okaka scored a goal, with an assist by Rodrigo De Paul.

With more than 30 minutes on the clock, Napoli’s Hirving Lozano scored a goal and increased their lead.

In the 66th minute, Giovanni Di Lorenzo scored a goal, to increase the lead for Napoli.

The 5-1 goal came in the 90th minute, when Lorenzo Insigne scored a goal for Napoli. This brought the final score to 5-1.

The result saw Napoli’s seventh game in a row without defeat.

With two games remaining, Napoli are in second place in the table while Udinese are in 12th.

In the next round, on Sunday at 11:30 am, Napoli will face Fiorentina away, while Udinese will play on the same day at home to Samp at 2pm. 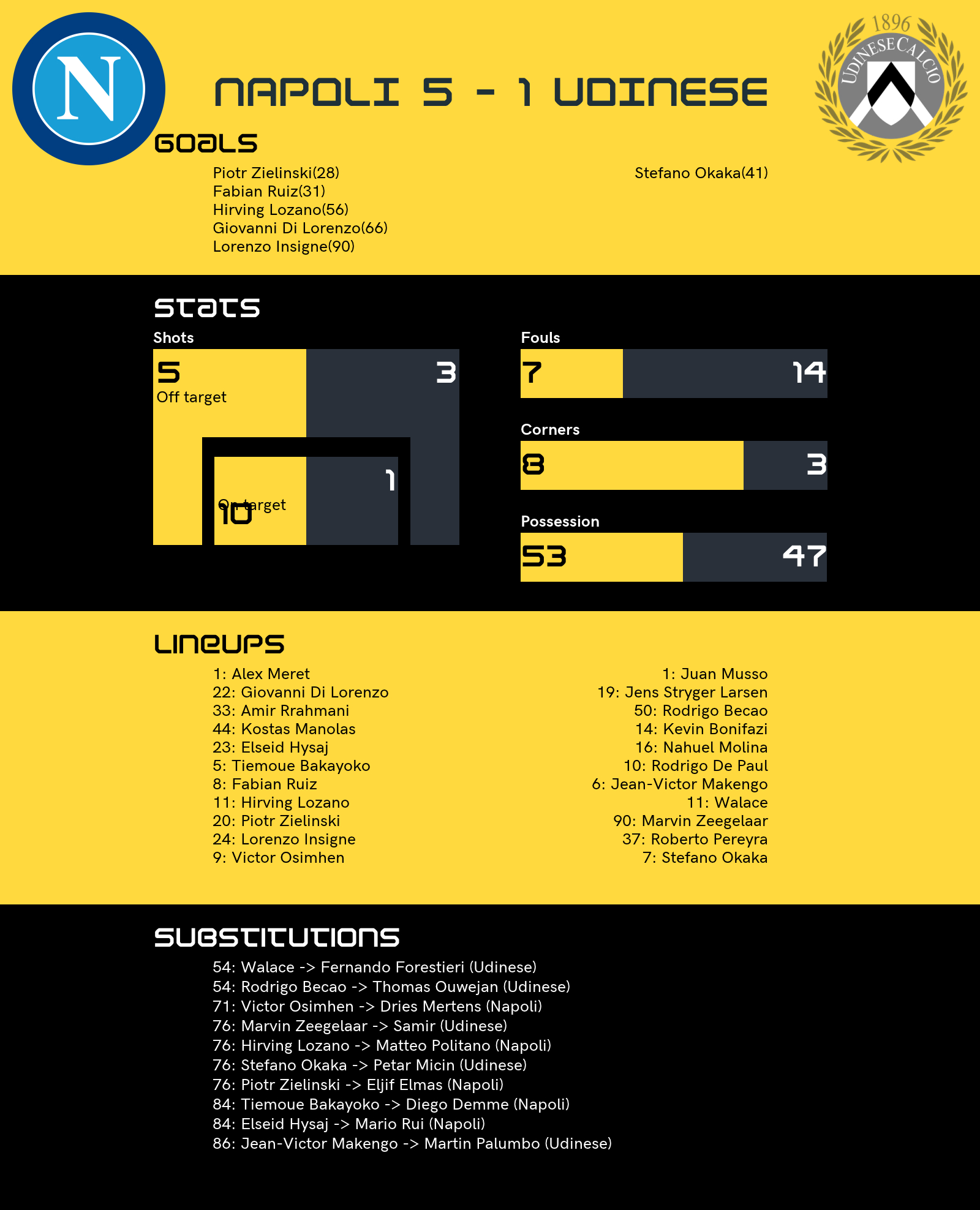