The first half was goalless, but straight after half-time, Gabriel Paulista made his mark as he scored a goal, with an assist by Carlos Soler, to give Valencia the lead.

With more than 30 minutes on the clock, Barcelona’s Lionel Messi scored a goal and equalised.

The team took the lead just six minutes later when Antoine Griezmann scored a goal. The goal was his 12th on target in the league this season.

Six minutes later, it was Lionel Messi who scored yet again. This time he scored a goal, thus ensuring that Barcelona increased the lead to 1-3. It was his 28th goal. The 0-1 goal was the only one of the game.

Seven minutes left to play, Valencia’s Carlos Soler reduced as he scored a goal, with an assist by Christian Oliva. Valencia were unable to score any more goals. This brought the final score to 2-3.

The result means the sixth game in a row without a win for Valencia.

With four games remaining, Valencia are in 14th place in the table and Barcelona are in third.

Valencia play Valladolid at home on Sunday. Barca will face Atletico at home on Saturday. 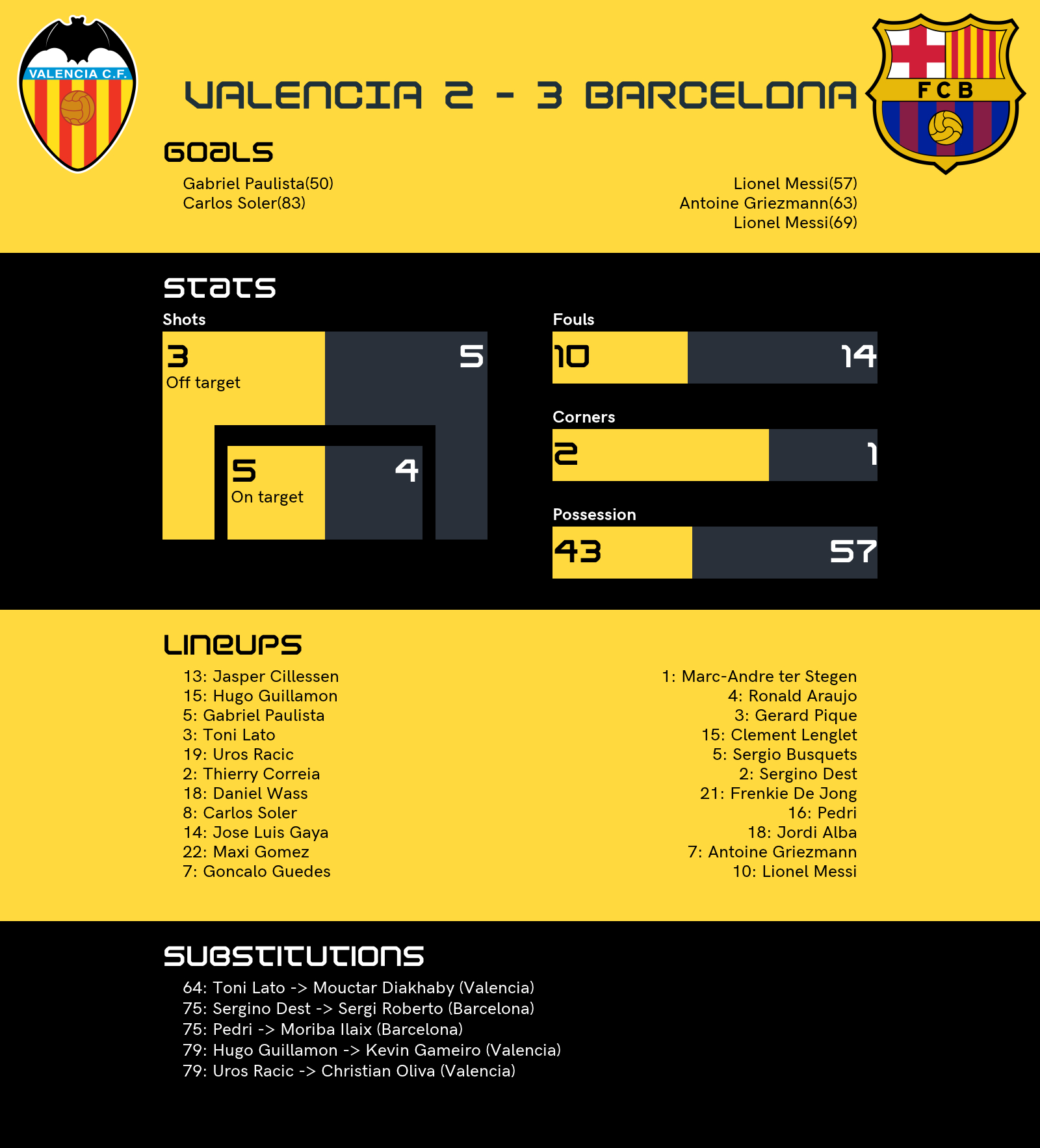