In the 10th minute, Manchester United took a 1-0 lead through an own-goal.

Liverpool equalised to make it 1-1, as Diogo Jota scored a goal, with an assist by Nathaniel Phillips, in the 34th minute. He has now scored nine Premier League goals this season.

Straight after the break, Roberto Firmino found the net and gave the team the lead.

In the 47th minute, Roberto Firmino scored a goal, to increase the lead for Liverpool, what was Firmino’s eighth goal of the season.

Manchester United’s Marcus Rashford also scored in the 68th minute as he scored a goal, with an assist by Edinson Cavani, what became his 11th goal of the season. Manchester United were unable to score any more goals.

The 2-4 goal came in the 90th minute, when Mohamed Salah scored a goal for Liverpool, with an assist by Curtis Jones. It was Salah’s 21st goal for the season. Salah then completed Liverpool’s come back. The 2-4 goal was the last goal of the game.

It means that Liverpool find themselves undefeated for the seventh game running.

Manchester United have 2 wins, 1 draw and 2 losses with a 9–8 goal difference in the last 5 games, while Liverpool have 3 wins and 2 draws and a 10–5 goal difference.

Liverpool are now in fifth place, while Manchester United are in second place.

Next time Man United will play against Fulham on Tuesday at Old Trafford. Liverpool take on West Brom away on Sunday. 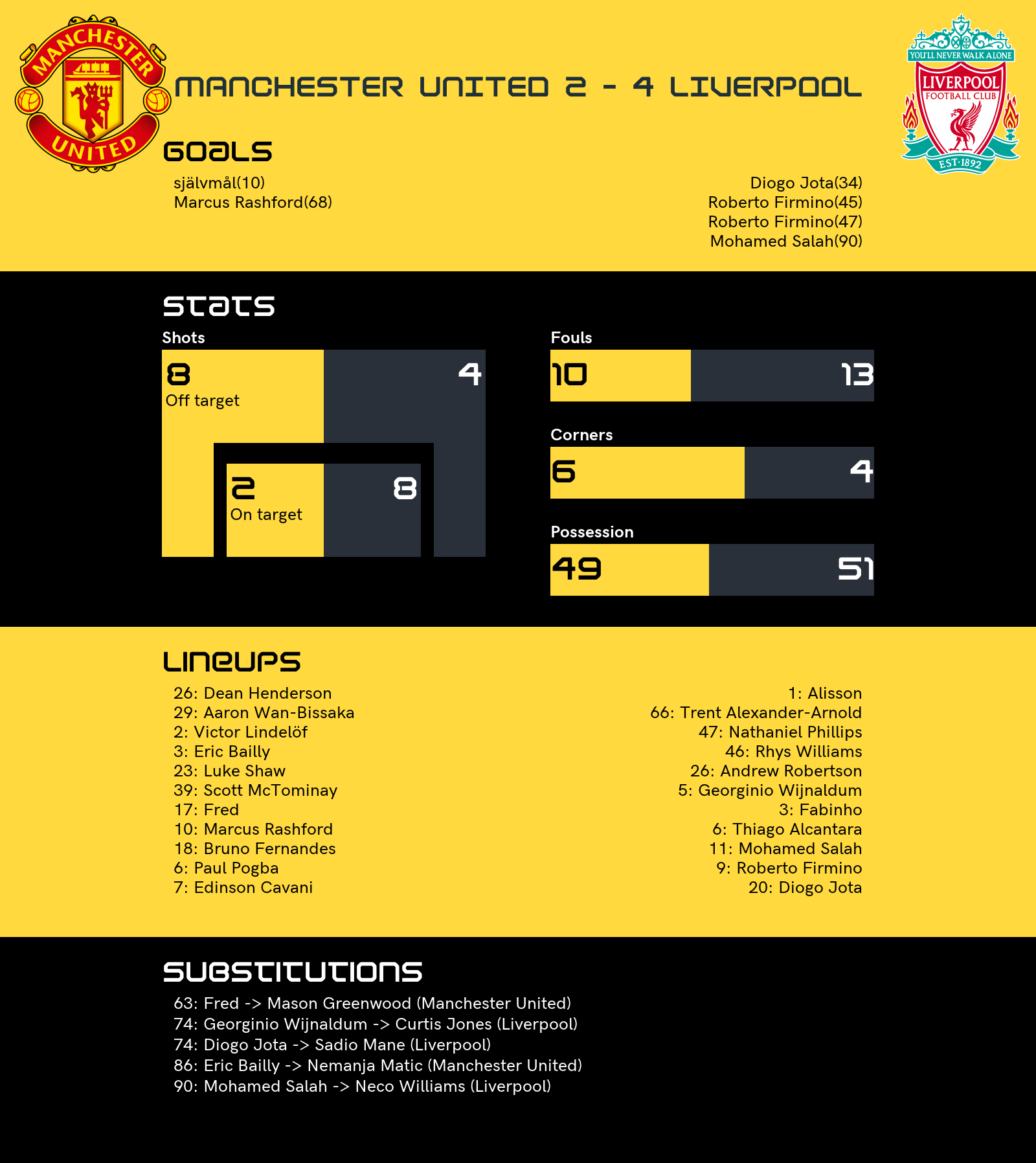