The match was even in terms of goals until West Bromwich Albion took the lead in the 27th minute through Matheus Pereira, who scored a goal The goal was his 11th on target in the league this season.

Straight after the break, Tomas Soucek scored and equalised for West Ham. It was Soucek’s 11th goal for the season.

With only eight minutes left to play, West Ham’s Angelo Ogbonna took the lead as he scored a goal, with an assist by Aaron Cresswell.

The 1-3 goal came in the final minutes, when Michail Antonio scored a goal for West Ham, with an assist by Jesse Lingard. Antonio then completed the team’s come back. The 1-3 goal was the last goal of the game.

It was West Bromwich Albion’s sixth game in a row without a win.

West Bromwich Albion have 2 draws 3 losses with a 6–11 goal difference in the last 5 games, while West Ham have 2 wins, 1 draw and 2 losses and a 6–5 goal difference.

With one game remaining, West Bromwich Albion are in 19th place in the table and West Ham are in sixth.

In the next round on Sunday, West Brom face Leeds away at Elland Road, while West Ham host Southampton. 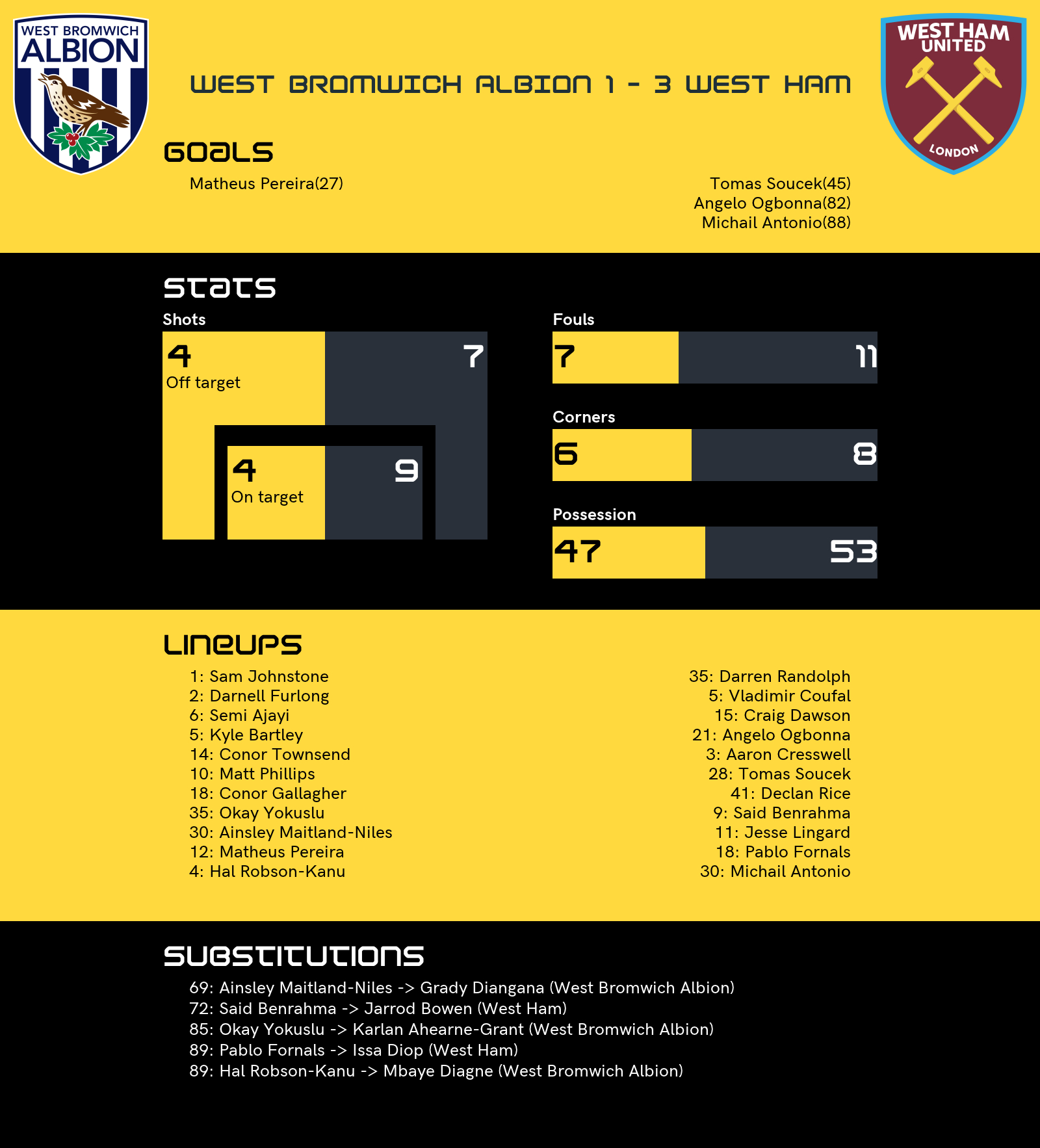