The hosts Borussia Dortmund started best and were already 1-0 up early in the game. After only 5 minutes Erling Håland scored a goal, with an assist from Reinier.

Straight after the break, Marco Reus scored and increased the team’s lead. The goal was his seventh on target in the league this season.

Borussia Dortmund have 5 wins and with a 13–4 goal difference in the last 5 games, while Bayer Leverkusen have 1 win, 2 draws and 2 losses and a 5–7 goal difference.

Borussia Dortmund finish in third place and Bayer Leverkusen in sixth as the season rounds up. 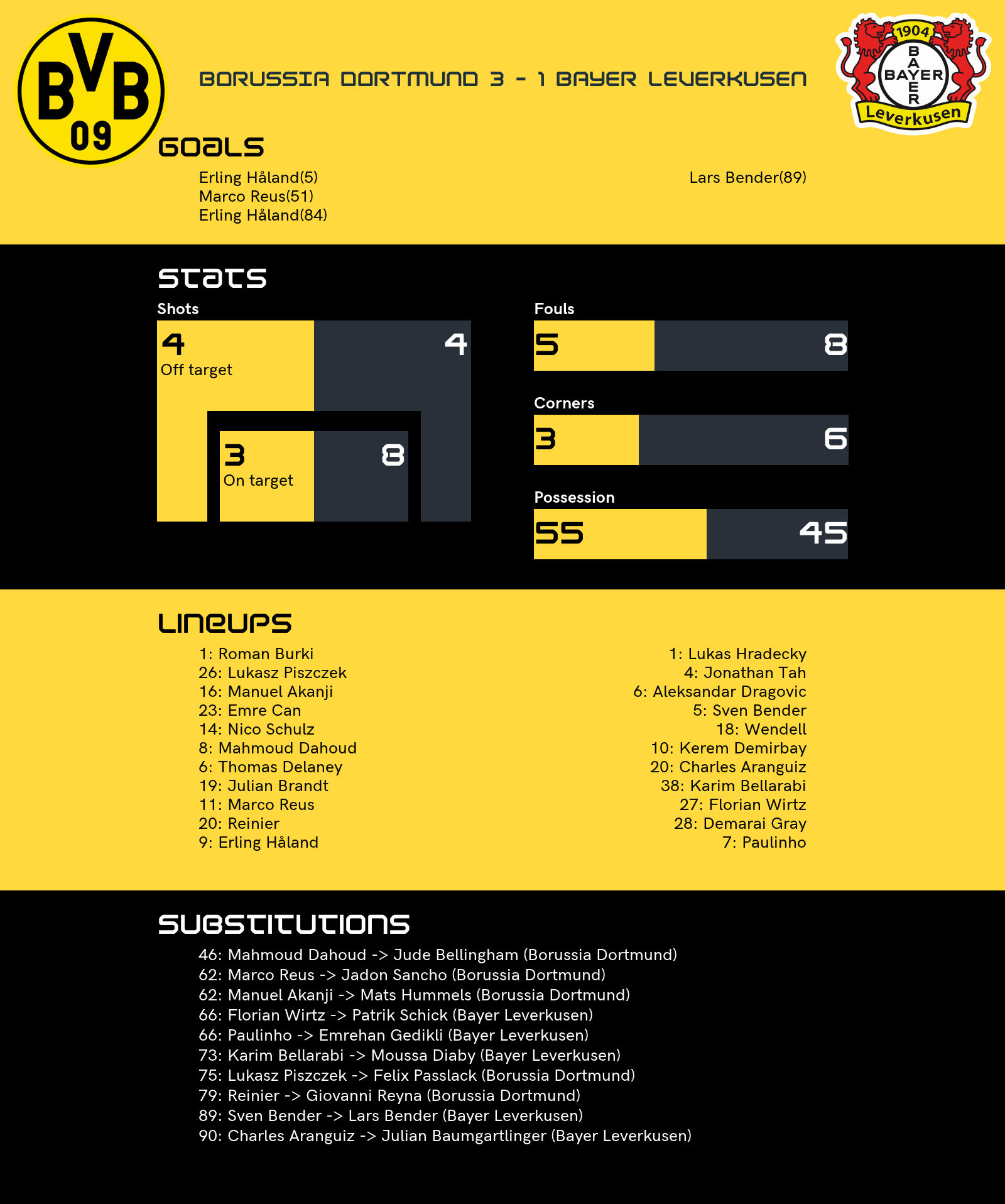