Freiburg defeated Schalke 04 in Schalke in the Bundesliga on Saturday 0-4 (0-2).

Freiburg started the match best and took the lead when Lucas Höler scored a goal after 7 minutes, with an assist by Baptiste Santamaria, making it 0-1.

The team increased their lead to 2-0, when Roland Sallai scored a goal, in the 22nd minute. The goal was his eighth on target in the league this season.

Straight after the break, Christian Günter made his mark and increased Freiburg’s lead.

Freiburg found the net once more, this time through Christian Günter, who scored a goal, with an assist by Roland Sallai, in the 74th minute. This brought the final score to 4-0.

The result means Freiburg are in ninth place, while Schalke 04 are in 18th and last place.

Freiburg play Hertha away on Wednesday. Schalke will face Arminia Bielefeld away on Tuesday. 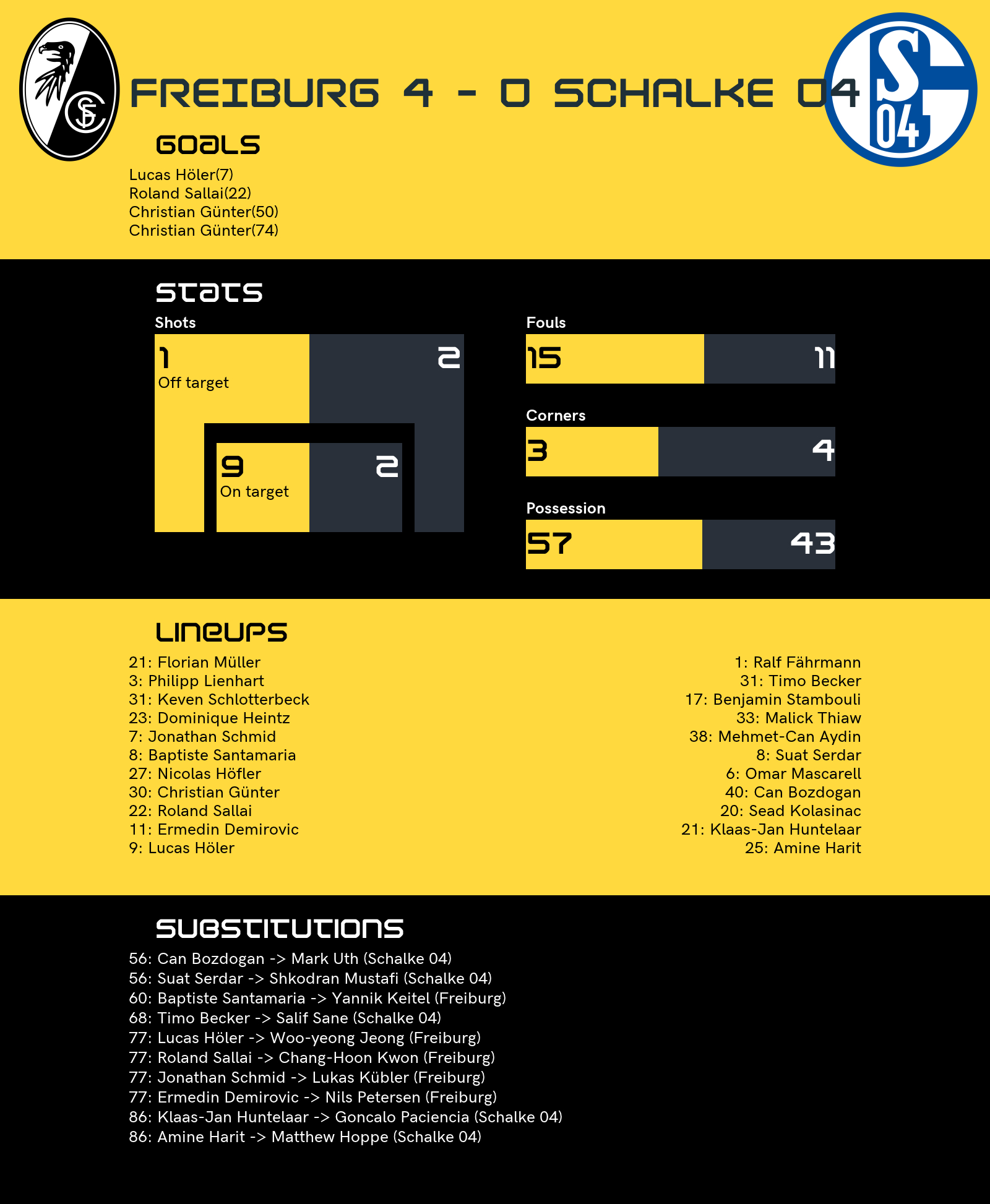