The game at St Mary’s Stadium against Southampton finished 3-1 (1-0) and was Fulham’s eighth in a row without a win in the Premier League.

The match was goalless until Southampton took the lead in the 27th minute through Che Adams, who scored a goal, with an assist by James Ward-Prowse, He has now scored nine Premier League goals this season.

With 30 minutes on the clock, Southampton’s Nathan Tella scored a goal, from a pass from Kyle Walker-Peters, and increased their lead.

Fabio Carvalho reduced the score for Fulham in the 75th minute, with an assist by Bobby Reid. However, Fulham were unable to make more of an impression.

With eight minutes left to play, Southampton’s Theo Walcott increased the lead as he scored a goal, with an assist by Nathan Tella. The 3-1 goal was the last one of the game.

Southampton have 2 wins, 1 draw and 2 losses with a 8–7 goal difference in the last 5 games, while Fulham have 1 draw 4 losses and a 2–9 goal difference.

With two games remaining, Southampton are in 13th place in the table and Fulham are in 18th.

Next up, Southampton face Leeds at St Mary’s Stadium, while Fulham face Man United away. Both games are played on Tuesday. 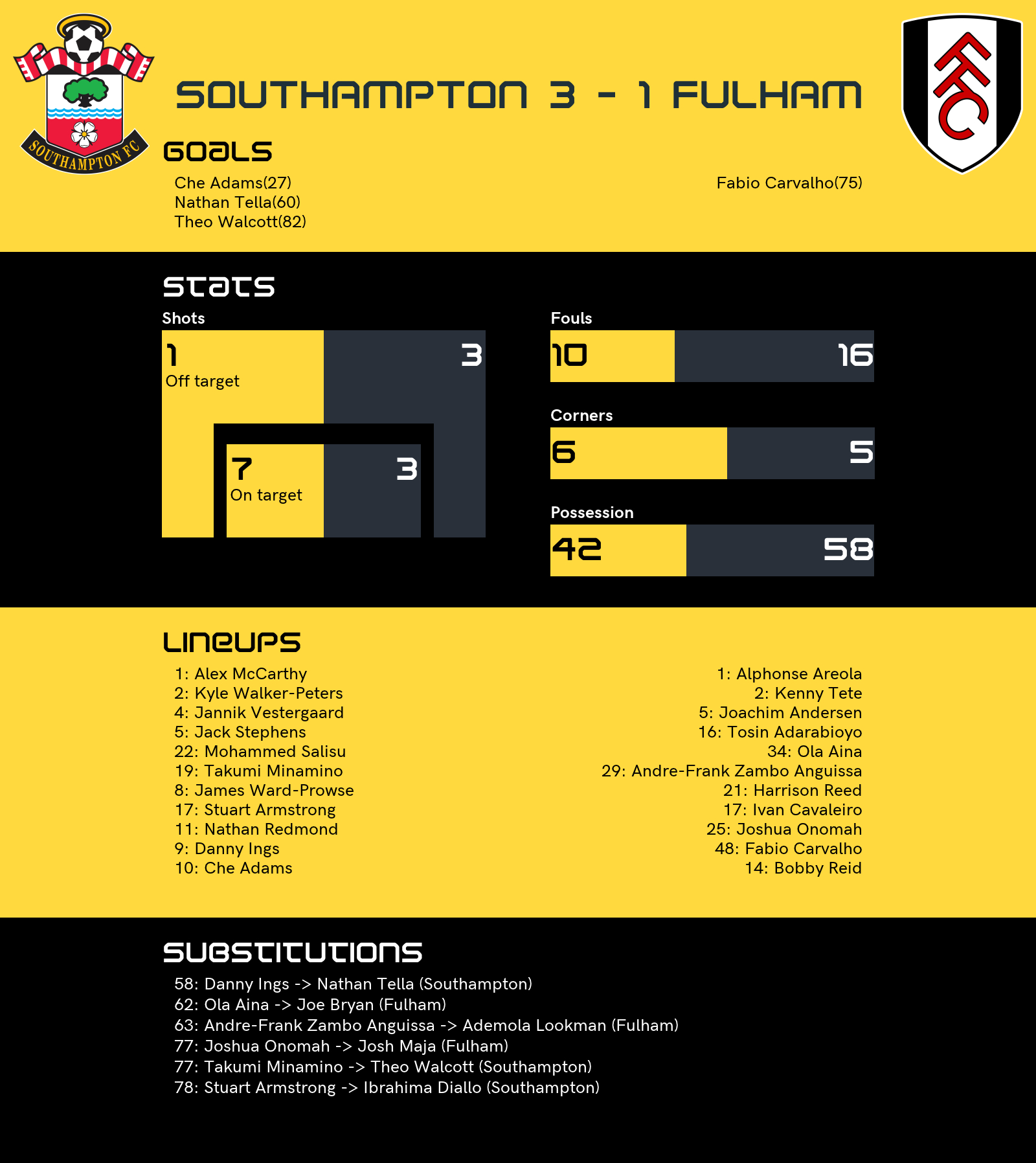