The first-half goal from Calvert-Lewin was to be the only goal of the game when Everton won 1-0 (1-0) away to West Ham in the Premier League.

Everton took an early lead when Dominic Calvert-Lewin scored a goal after 24 minutes, with an assist by Ben Godfrey, making it 1-0. He has now scored 16 Premier League goals this season.

The result brings no change for the teams in terms of league position: West Ham in fifth place and Everton in eighth.

Everton will play against Villa on Thursday. West Ham will face Brighton on Saturday. 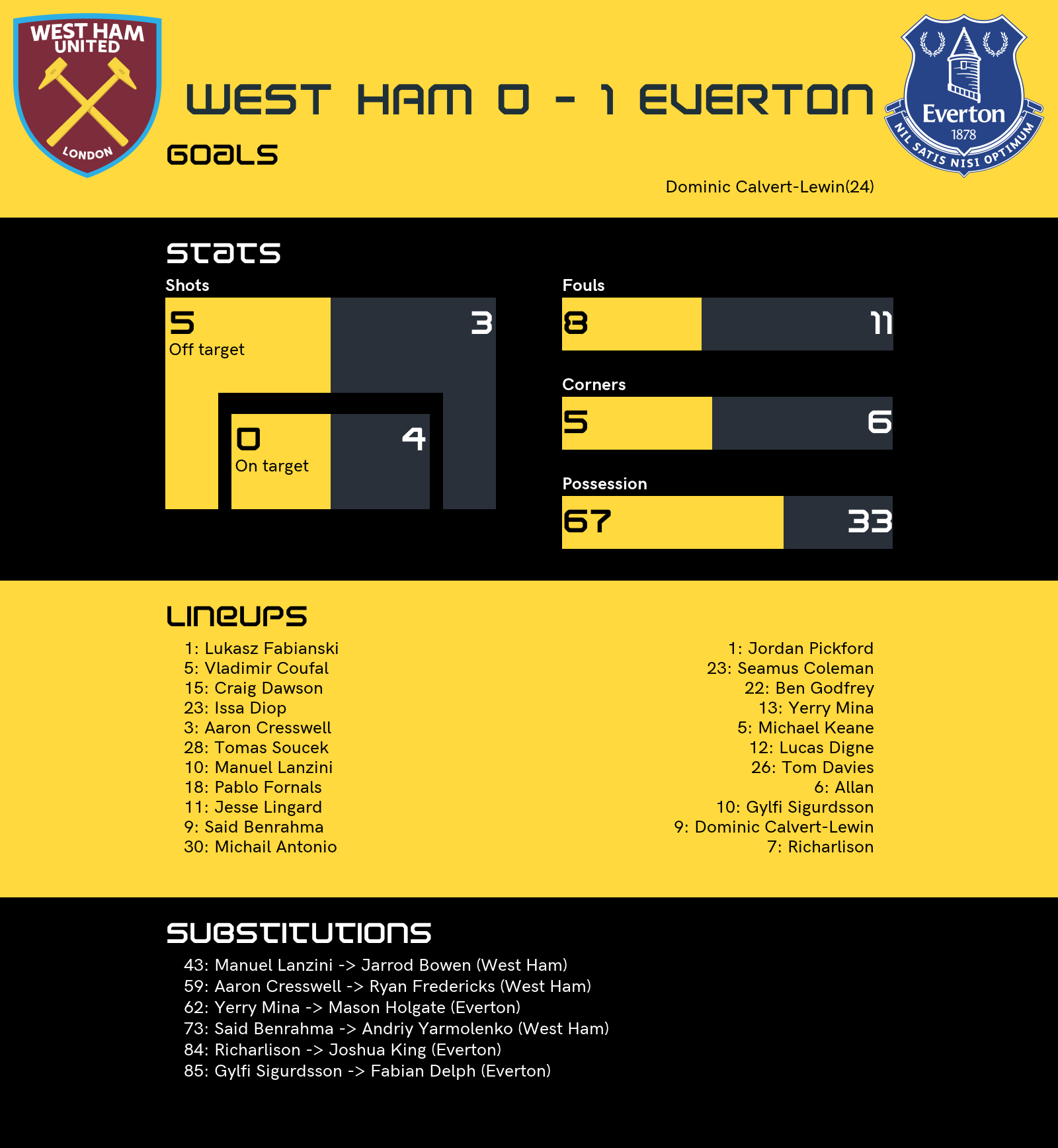