Real Sociedad claimed a comfortable win at home against Elche in the La Liga. The match finished 2-0 (0-0) after goals from Aritz Elustondo and Mikel Oyarzabal.

Elche were left with a man down early on, when Raul Guti was set off in the 11th minute.

Elche were left with a man down early on, when Raul Guti was set off in the 11th minute.

The first half finished 0-0, and it took until the 72nd minute before Aritz Elustondo gave Real Sociedad the lead as he scored a goal, with an assist by Adnan Januzaj.

The 2-0 goal came in the 90th minute, when Mikel Oyarzabal scored a goal for Real Sociedad, with an assist by Jon Bautista. The goal was his 11th on target in the league this season. The 2-0 goal was the last one of the game.

Real Sociedad have 3 wins and and 2 losses with a 6–4 goal difference in the last 5 games, while Elche have 1 win, 1 draw and 3 losses and a 2–6 goal difference.

With three games remaining, Real Sociedad are in fifth place in the table while Elche are in 19th.

Sociedad play Atletico away on Wednesday. Elche will face Alaves at home on Tuesday. 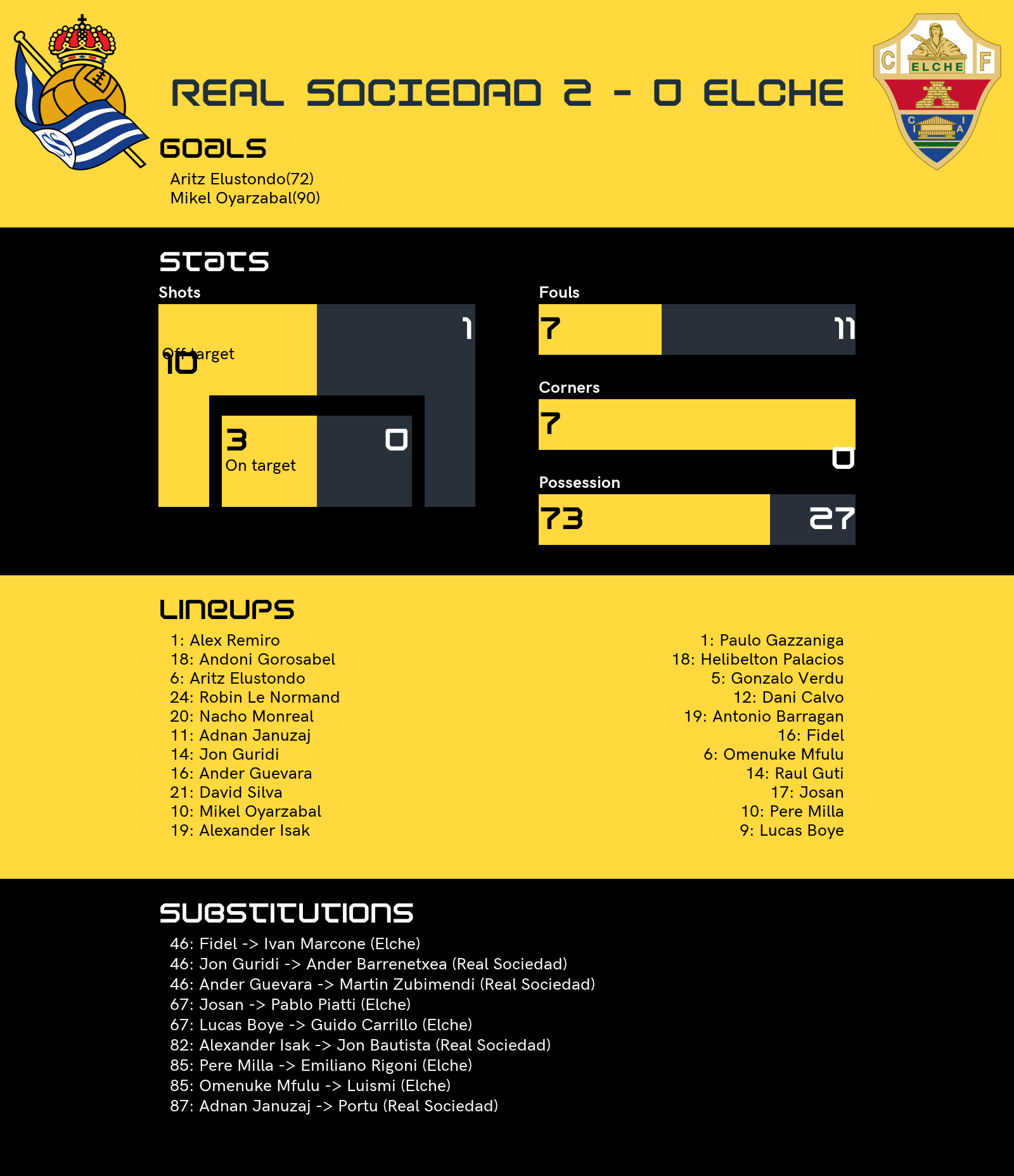