Southampton were left with a man down early on, when Jannik Vestergaard was set off in the 10th minute.

The first half finished 0-0 and it took until the 61st minute before James Ward-Prowse scored a goal to give Southampton the lead. He has now scored eight Premier League goals this season.

In the 68th minute, Jonny Evans scored a goal, from a pass from Kelechi Iheanacho, to equalise for Leicester, what brought the final score to 1-1.

With four games remaining, Southampton are in 14th place in the table while Leicester are in third.

In the next round, Southampton take on Liverpool away at Anfield on Saturday. Leicester play at home to Newcastle on Friday. 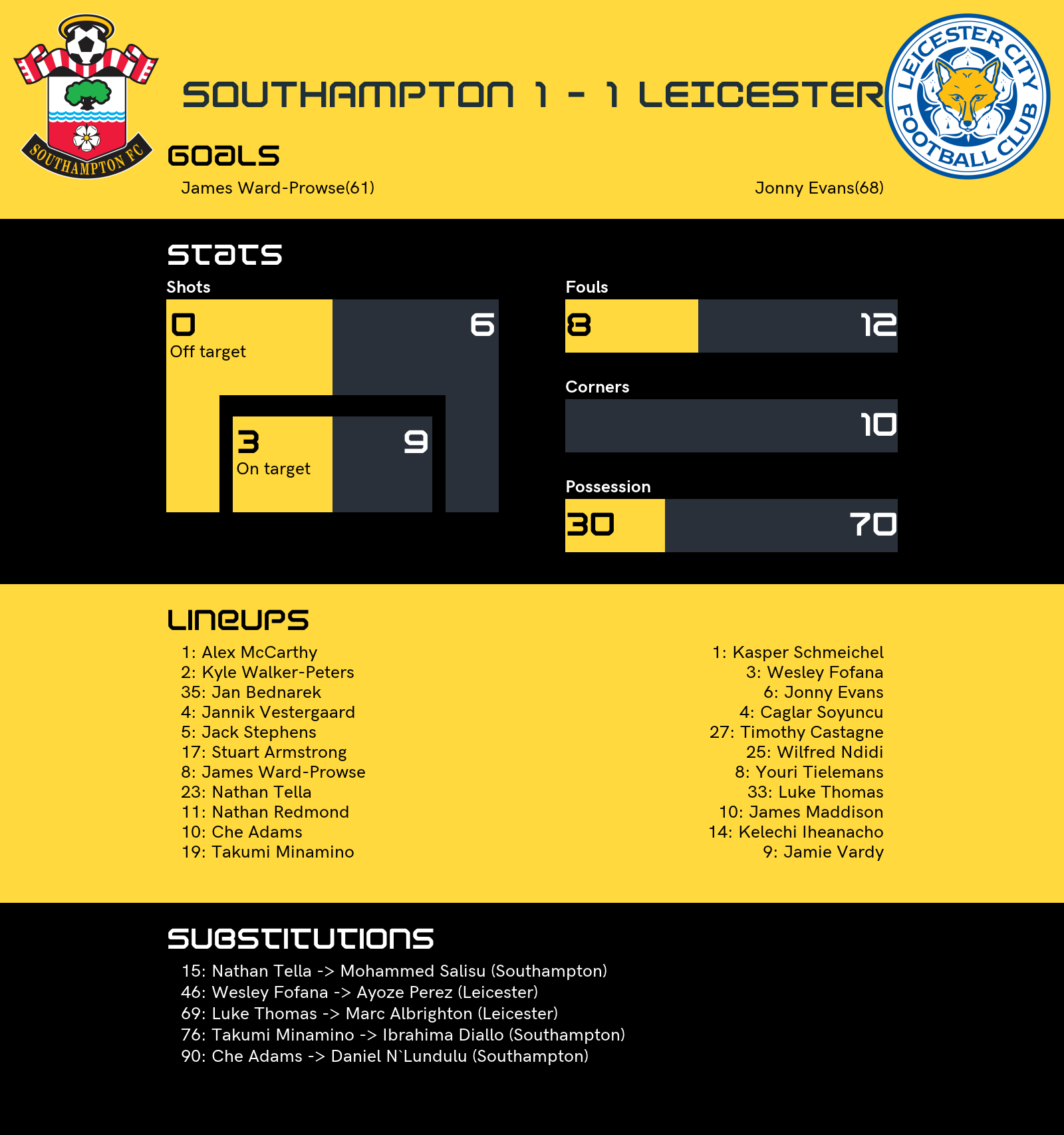