The visitors Wolverhampton took the lead in added-time in the first half when Fabio Silva scored a goal.

With barely 30 minutes on the clock, West Bromwich Albion’s Mbaye Diagne scored a goal, from a pass from Conor Townsend, and equalised. This brought the final score to 1-1.

With four games remaining, West Bromwich Albion are in 19th place in the table while Wolverhampton are in 12th.

West Brom host Arsenal in the next game at home on Sunday at 7pm. The same day Wolverhampton will host Brighton at 12pm. 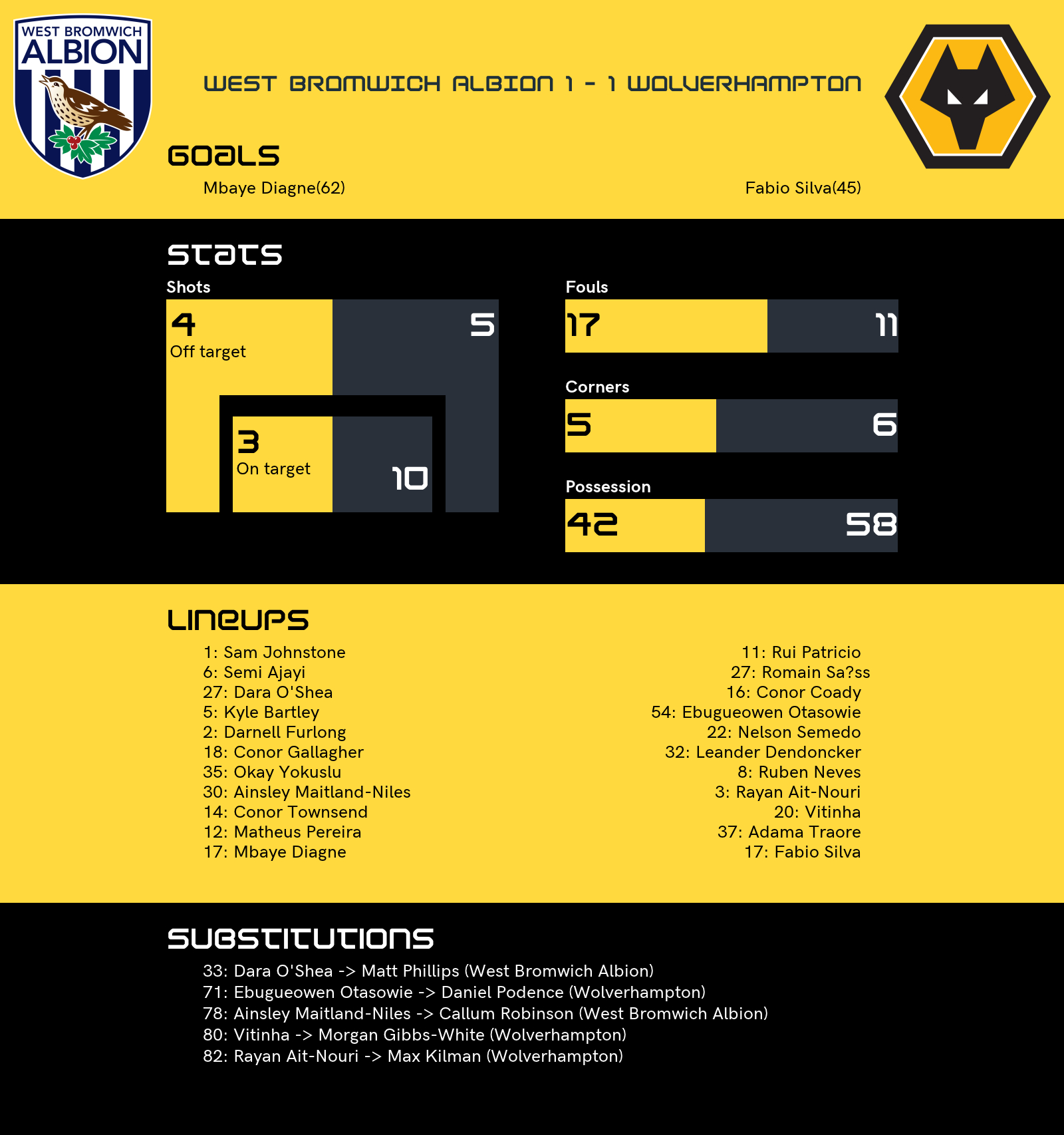