It was a goalless first half in the Championship match between Bristol City and the visitors Brentford at Ashton Gate on Saturday. But in the second half, Brentford took control and ultimately won the game 3-1.

The first half finished 0-0 and it took until the 57th minute before Ivan Toney scored a goal to give Brentford the lead.

Seven minutes left to play, Brentford’s Sergi Canos increased the lead as he scored a goal.

Bristol City reduced the score to 1-3 just four minutes later as Louis Britton scored a goal. Bristol City were unable to score any more goals. The 1-3 goal was the last goal of the game.

The results in the last round mean that Bristol City finish in 19th place and Brentford in third. Brentford has booked its spot in the qualifiers. 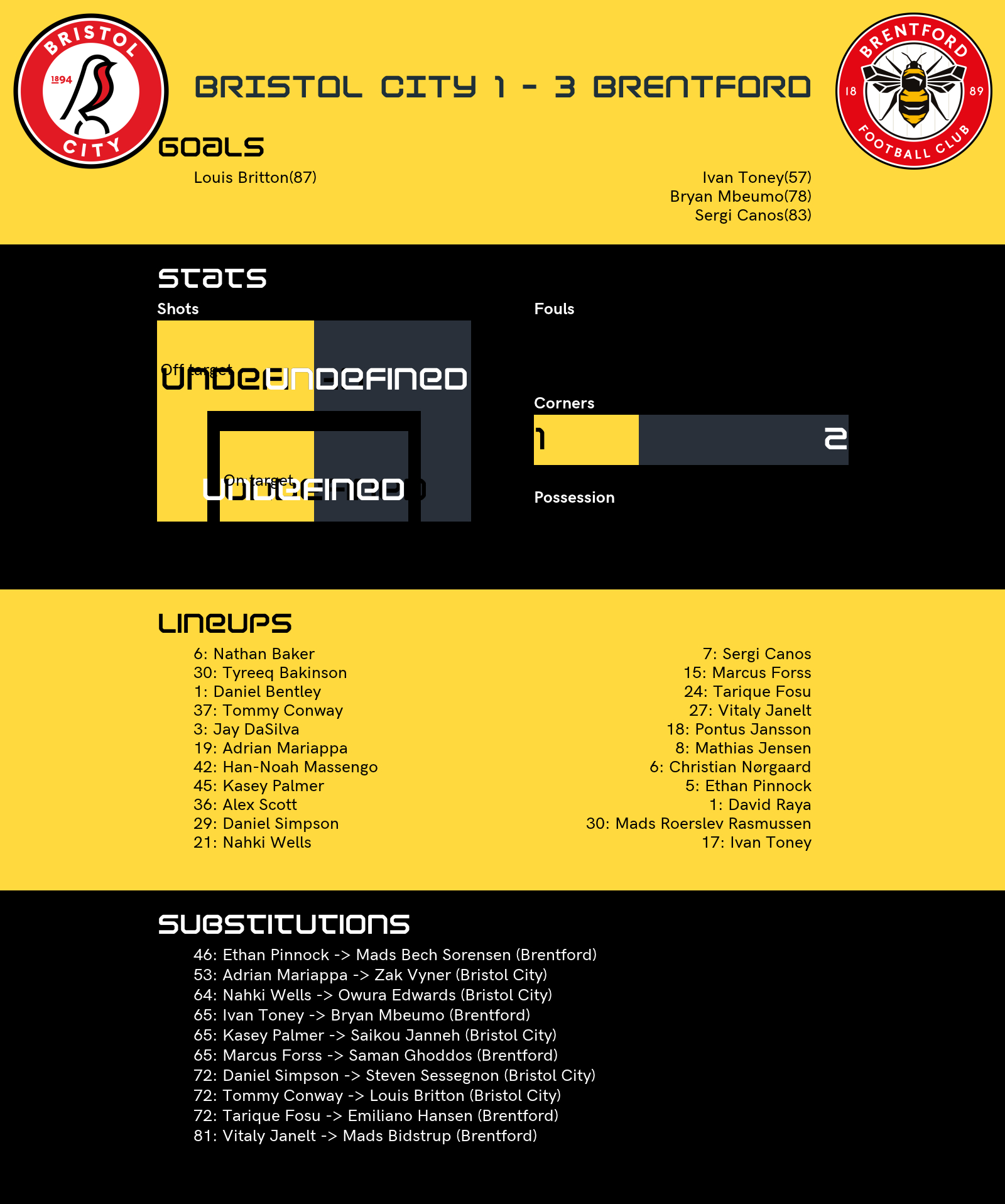