On Sunday, Aston Villa outlasted Chelsea in a close encounter, winning 2-1 (1-0) at home the Premier League.

Away team Aston Villa took the lead just before half time as Bertrand Traore scored a goal, with an assist by Matt Targett. The goal was his seventh on target in the league this season.

Straight after the break, Anwar El Ghazi made his mark and increased the team’s lead. It was his ninth goal for the season.

In the 70th minute, Benjamin Chilwell scored a goal, from a pass from Christian Pulisic, to reduce the score for Chelsea. However, Chelsea were unable to make more of an impression. This brought the final score to 2-1.

Chelsea’s Cesar Azpilicueta was sent off in the 89th minute.

The results in the last round mean that Aston Villa finish in 11th place and Chelsea in fourth. 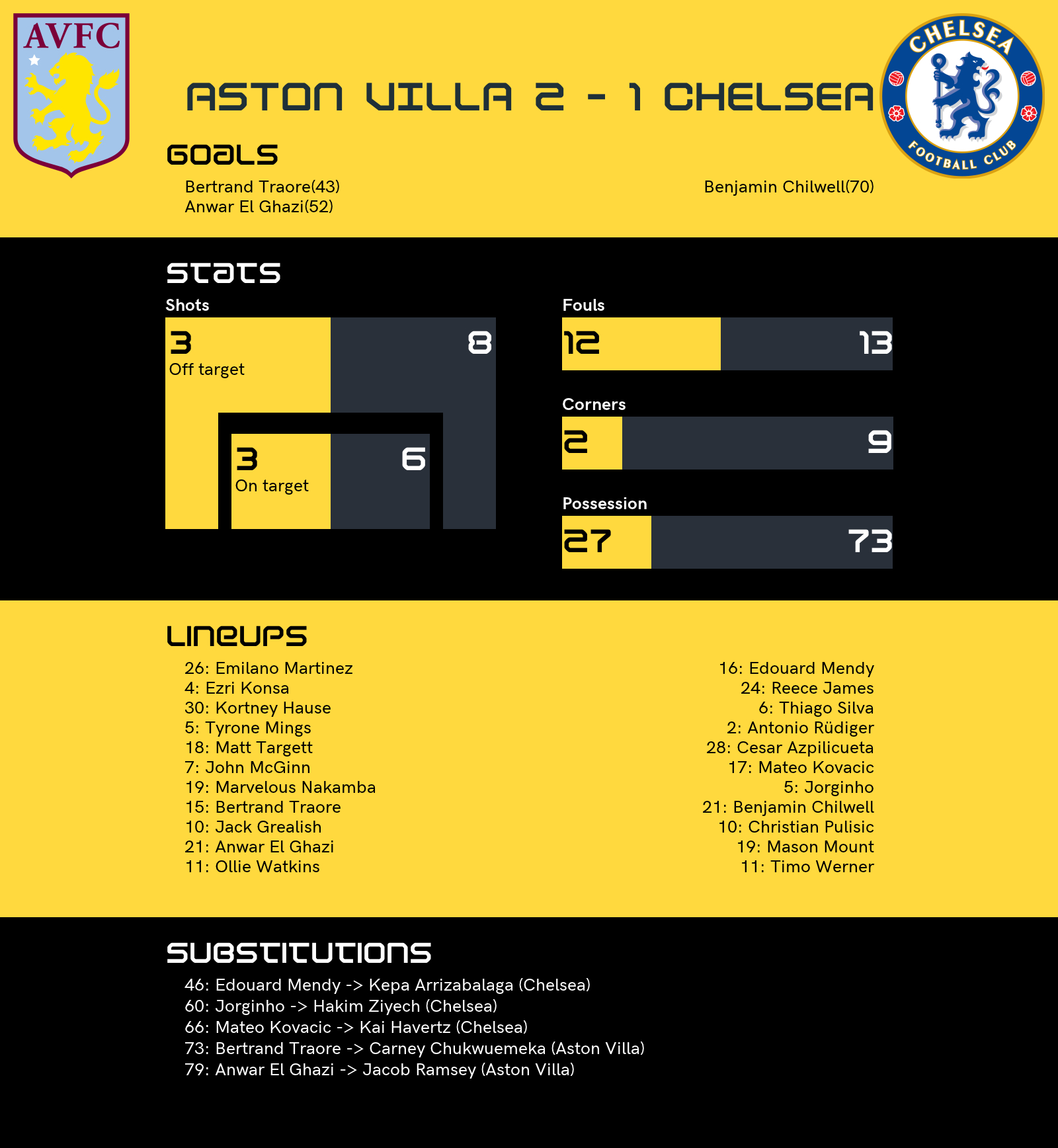