Watford claimed an important win away to the league leader Norwich City in the Championship Tuesday, finishing 0-1 (0-0).

The standings remain unchanged with Norwich City remaining the league leaders and Watford are in second place.

The first half finished 0-0 and it took until the 57th minute before Dan Gosling scored a goal, with an assist by João Pedro, to make it 1–0 for Watford, which was how the game ended.

Next up, Norwich face QPR at Kiyan Prince Foundation Stadium, while Watford face Millwall at home. Both games are scheduled for Saturday. 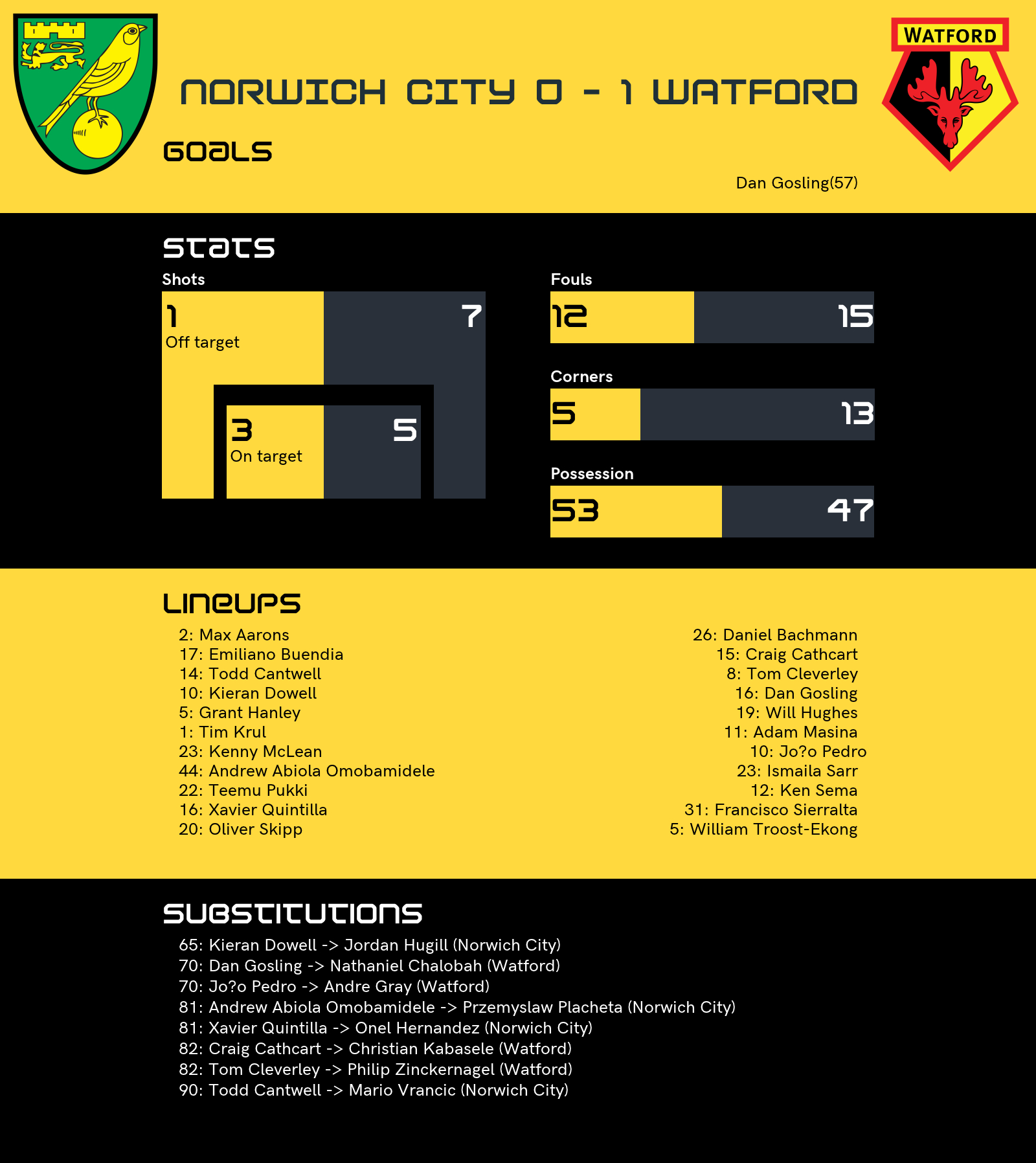